After watching this movie, which is essentially a documentary on Ukraine from the 1800’s through around 2016, it is plain that it is a violent, sick culture.  Honestly, Russia is doing Ukrainians big favor, and in Crimea, nearly all Crimeans voted to become a Russian territory.  Anything to escape Ukraine, and for very good reasons.

Additionally, the USA has had its bloody hands on Ukraine for a long time, manipulating the population into staged, pre-planned riots and killings.  Color Revolutions are a CIA specialty.  Ukraine’s color was orange.

You can watch the movie right here, or watch it on youtube.   You definitely should watch it.  You need to know exactly what kind of nation Ukraine is.  There is no way I can support Ukraine, and from what I have seen, Putin is correct in his actions.  The promises the US government made and broke regarding NATO expansion are sufficient to justify Russia’s move against Ukraine, but when you see how quickly (one month) 80,000 Ukrainians joined Hitler’s SS in WWII, you begin to understand how blood-thirsty very many Ukrainians are.  And they slaughtered Jews just like the Germans did.  Animals behave better.  I’m telling you these are remarkably wicked people.  Hatred flows from them like lava.  There are actually NAZI organizations in Ukraine that compete for followers.  One has a choice of which thugocracy to join. 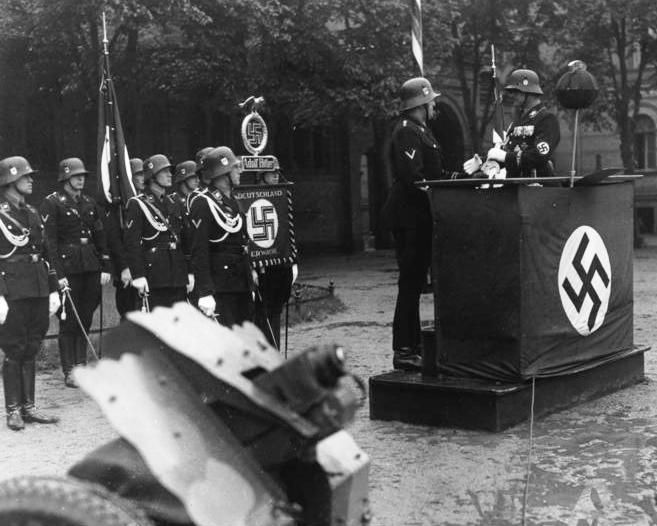 The documentary “Ukraine on fire” is a more recent video and very good as well. Youtube and others have censored it, but it is worth finding . It explains the process identical to BLM movement in the US also paid for by the NAZI George Soros, Just more of his 1,000 + NGO’s Ps: Trump had years to extradite George Soros to a Russian Prison and he did NOTHING.

I watched this as well a while back .
Good of him and you for sharing.

It sure firmed up my opinion against Ukraine.

hey moron jew bolsheviks starved 4 million ukrainians. so when the Germans invaded THEY JOINED THE GERMANS TO FIGHT THE JEW BOLSHEVIKS and they shoulda killed more of them

Mr Meener, Stalin was not a Jew. Stalin did starve the Ukrainians to feed the wealthy Russians in Moscow to deceive them into believing that communism worked. And he killed some 12 million Russians too. The Jews (not Russians) slaughtered by the Ukrainian SS were mostly women and children. Wholesale slaughter of defenseless, non-combatant civilians. The Ukrainians should have marched on Russia instead of slaughtering the civilians who lived locally. The Ukrainians were brutal dogs, worthy only of one bullet. And so they still are, it appears.

Thank you, Jerry for posting the audio-video. It was very educational.

Today on radio 1200 AM I heard that it is currently estimated (but not verified) that up to 40,000 Russian solders have been killed in the Ukraine conflict to date. In one month, that is so hard to believe. I think that is more dead now than what they lost in total in their war with Afghanistan. And 40K is like 20% of their original invading force of Ukraine dead. I don’t know if I should believe this number – it has western propaganda written all over it IMO?

Welcome To The War wpDiscuz
8
0
Would love your thoughts, please comment.x
()
x
| Reply