Information will become increasingly grim, and this is unfortunately no exception.  I’ve been sitting on this and other information of similar gravity because you have heard enough and certainly you need a break.  Nonetheless, you should be aware of this.

Remember that Russian nuclear submarine I told you about a few days ago?  The one that I suspect is headed to the Pacific ocean? The one that carries the nuclear torpedoes with the 100 megaton warhead (that’s about 1000 Hiroshima’s)

Here is more information on the Belgorod submarine.  I want you to subscribe to Monkey Werx channel because the data is solid and its from a reliable brother.  You need to watch this and get used to what he is teaching you.  There are surveillance balloons over America that never move, and they collect everything.  There are active submarine hunters and armed fighter jets and refuelers and a Presidential nuclear command post and much more that are always in the air, plus a lot more.

The United States Embassy is closing in Ukraine, and all of its employees are being relocated farther west, away from the Russians.  They are doing this because they suspect war in Ukraine is going to greatly expand.  Worse, the US. Embassy is hermetically sealing its doors.  Hermetic sealing means air-tight, because there is a risk of dangerous “particles” entering the building, which is the primary reason they are leaving.

Russia has positioned artillery in the Zaporizhzhia nuclear power plant in southern Ukraine (largest in Europe, I think) and any artillery used against the Russian position could create a major nuclear event.  The only way to get them to evacuate that position might be to threaten a nuclear strike on a major Russian city.

The president of the Ukrainian nuclear agency said on Friday that Russian forces are using the Zaporizhzhia nuclear power plant in southern Ukraine as a base for storing and launching weapons. Russia’s defence ministry said Saturday that its forces destroyed a Ukrainian factory in the city of Dnipro that produced parts for Tochka-U ballistic missiles. Read about the day’s events as they unfolded on our liveblog. All times are Paris time (GMT+2).

(ANSA) – WASHINGTON, 14 JUL – The American embassy in Kiev has asked Americans in Ukraine to “immediately leave” the country using private land transport if there is the possibility of doing so safely.

He reads it on an urgent notice on the embassy’s website.

Americans are also invited not to leave for Ukraine and those who fail to leave the country are advised to avoid “gatherings and organized events that could be considered Russia’s objectives”.

BREAKING: A day after asking Americans to depart Ukraine immediately by road, the US embassy in Kyiv has now “hermetically” sealed off its doors. Russia is said to be getting ready to hit military/political targets of the Kiev regime & their western allies. Americans know this… pic.twitter.com/aKTPjp8CsU

(CNN)The United States is closing the US Embassy in Kyiv and “temporarily relocating” the small number of remaining diplomatic personnel in the country to Lviv, a city in western Ukraine, “due to the dramatic acceleration in the buildup of Russian forces,” Secretary of State Antony Blinken announced Monday.

“I have ordered these measures for one reason — the safety of our staff — and we strongly urge any remaining US citizens in Ukraine to leave the country immediately,” Blinken said in a statement.
The moves comes days after the US ordered the vast majority of US government employees to leave the country and announced that consular services at the US Embassy would be suspended as of Sunday amid fears of an imminent Russian invasion, even as US officials stressed they remain committed to trying to find a diplomatic outcome.
https://www.cnn.com/2022/02/14/politics/us-embassy-kyiv-closure/index.html

Flight Data Turned Off On East and West Coast USA

Checking air traffic data tonight, the transponders and flight monitoring devices that the US weather services uses to track planes in flight along the east coast of the United States were all turned off.  The devices were also turned off on the west coast.  Unusual and concerning.  There might be something to hide.

Last, please pray that Yahuah will defend this website.  It is under significant threat today (Saturday/Sunday) from the United States, Germany, Australia and Canada. 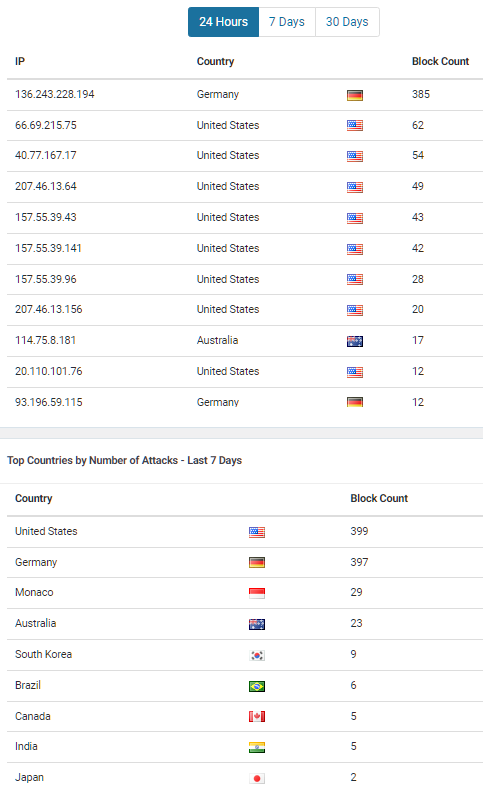 All day today and yesterday I was probed for vulnerabilities by two stations in Germany, one in Australia and one in the United States, which used seven different IP addresses from which to launch.  The Canadian operation was less persistent.  This happened to me a few years ago, right before Trump was elected.  I had been cutting the liberals to pieces with some sharp-toothed commentary and when I gave FBI Director James Comey his place in the hotseat, they wiped my site (several gigabites in size), plus deleted all of my backups and destroyed the other sites I had on that same server.
The US Government I go way back. During the Obama administration I was monitored 24×7 by a private non-government private contractor whose name I cannot recall.  We were rather hostile to the fraud Obama.
Everyone is getting ready.  I hope you are.  Remember in the face of the escalating tension that you are called to peace.  I’m not all cranked up so don’t you get all cranked up.  These things must happen, but the glorious end is worth the trip there.

Thank you, Jerry, for sharing this. I feel such urgency in my spirit regarding things that may be imminent for us and our country. I fasted last week and had two dreams of two massive tsunamis hitting us with no warning! It was absolutely TERRIFYING! I thought it was actually happening to me! I was there standing in front of both of them, one took place at night and one took place in the daytime, but in two different places and probably two different times. The time of the dreams was exactly 4:35 a.m. on both nights (mornings). The third night I awoke at 4:35 a.m. again, but no dream with that one. Three times I awoke at 4:35 a.m. I was at peace in my soul last week, but feel restless this week..

Apparently this is the month when the Babylonians destroyed the walls of Yerushalyim, and also when the second temple was destroyed. ( thats what i heard)

The flight that might land somewhere in the region of Cairo. I wonder if that is when the King of the North goes in a great rage because reports coming out of the north disturb him and he plants his palatial tents between the Grand Sea and the Mountain of Decoration. That means that king of the north comes towards Israel because the grand sea is the Mediterranean Sea and the Mountain of Decoration is Mount Zion. Yahusha has foretold we should hold ourselves erect, our deliverance no longer getting near… it is upon this day… any day now. Rejoice your deliverance is imminent.

I only truly understand prophecy written regarding what is going to happen. As for the heatwave affecting the whole world 2 Peter 3:10 Yahuah’s day will one as a thief, in which the heavens being intensely hot will pass away with a hissing noise. Looks to me we who are seeing and being shown these videos can expect that day anytime this year. The apostle Peter instructs us today’s witnesses to be found spotless, unblemished and in peace.

Revelation 13:13, the wild beast even makes fire come down out of heaven to the earth. These two chapters just before Yahuah is seen standing upon Mount Zion with 144,000 with him. Rev. 14:The Son of Man is crowned in Glory and puts his large sickle and reaps as do the other angels with him. Chapter 15 after the evil vine is destroyed and judgment is executed upon those who have been actively harming the earth by their spiritistic practises. Judgment is not to come upon Babylon who receives twice the amount of retribution her acts of injustice brought upon earth will come upon her in judgment. This is judgment against those who glorified themselves whilst living in shameless luxury.

When Yahuah chose a messenger who was given vision and testimony from Yahuah to me I was told a forefather of mine would be brought back in the resurrection and put back again because he received glory to himself when on earth. He ignored all warnings. He was an immense entrepreneur in chemistry and drug manufacturing, he was a surgeon, a paints manufacturer which he taught his brother’s son and made that linage wealthy from that source. Google for John Mander ‘Varnished Leaves’. Yahuah instructed me that a book was about to be written by a descendant of John Mander’s Nephew’s descendant in 1995. I phoned the company and was told by the archivist that person who authored the book was about to sell the business that was operational for 200 yrs. The book was ready in 2009 and I bought it as instructed by Yahuah who had told me on the day I was visited that he received or was given his intelligence. I wondered who had given him that intelligence and saw clearly it was Lucifer because he was a member of ‘The Great Lunar Society”, in Birmingham, UK.

Only one daughter inherited from that man his son whom my father descended from didn’t inherit anything at all. His mother died giving birth to his younger sister. He had older brothers one having died the same year his mother died when the son of my linage was under one year of age. That son believed his father might have murdered his mother. He suffered great affliction from the stepmother and her many sons. Yahuah told me about this. One son tried to protect him from being brutally assaulted. I was told that son is the only one from the stepmother and her sons who will receive redemption in the judgment. I was told the author of that book will receive redemption for writing that book truthfully but not many of that wealthy, haughty, pride filled family will receive redemption in the judgment.

Judgment is imminent. Religions are out to make money and are under the auspices of Lucifer and all other world authorities and establishments. If not all religions certainly most. They are instructed by the same authorities that rule most of the world.

Some words were changed as I typed but if you read the prophesy Peter 3:10 you might get a better understanding. The world really need to know the divine writings now. I wrote Yahuah instead of Yahusha in the previous comment. I need to rectify that, however, apart for that people really need to know the King is coming to Mount Sinai as foretold. And I believe all scripture is about to be realised up to the judgment. I believe we are very soon to see the judgment begin. Yahuah and Yahusha will take up the controversies as it is written in Isaiah 66:16. Praise Yahuah and praise our Anointed King Yahusha. Shalom!

Welcome To The War wpDiscuz
7
0
Would love your thoughts, please comment.x
()
x
| Reply