This will be short, as I absolutely get to work, but you need to know what is going on.  I do suspect sabotage, and possibly via directed energy weapons, as the cause of these two fires in very key Russian facilities.

As for Ms. Le Pen, this looks exactly like a planned attack using microwave energy which is tuned to attack the optic nerve.  She lost sight on one eye.

Need your comments on these.

Brace yourself.  If Russia determines that the USA is behind these explosions, may Yahuah have mercy on us all.  And remember also that Russia’s flagship missile ship in the Black Sea, the Moskva (Moscow, also had a mystery explosion that sank the ship last week.  Ukraine said they hit it with two Neptune missiles, but that is not proven.  Russia said some ammunition blew up, which is more likely, but what blew up the ammunition?

Remember those California fires, the melted cars and engines and the houses cut neatly in half and the videos of the blue beams coming down from the cloud cover at night?

The videos on the link above are gone from youtube, but the article has some great photos.  I did have a library of key videos, but oddly my big 1 terabyte backup drive died two weeks ago.  Maybe Rumble or some other video site has copies. 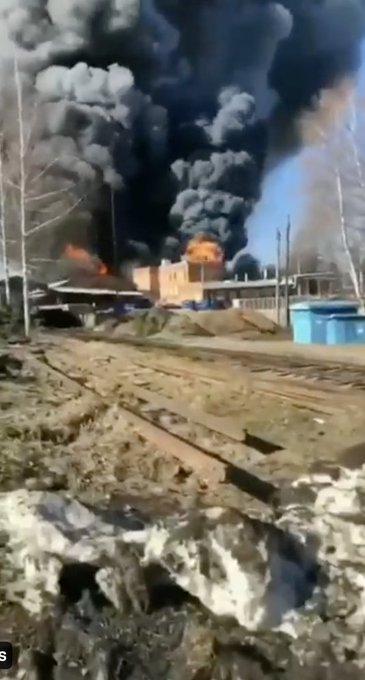 Thank you for the update.
Peace be with you.

I live in the gold country and we had a tornado warning come through our phones today. Luckily it never materialized. Geo-terrorism for sure. Also I see a lot of logging trucks come through here with trees burned on the outside but not the inside. Most likely being harvested from last year’s fires. We have lost 20% of our sequoia redwoods also.

You live near the PCH?

No we are in the sierra foothills.

One time many years ago, when running from my problems, I drove from San Antonio TX to Bakersfield, cutting across the Sequoia National Forest, then to San Fran and onto the PCH all the way to Washington. The coastline from San Francisco to the border with Canada is like a dreamscape from another planet. You live in a special region April, and you shall have to love and appreciate it for both of us, as I doubt that time and conditions will let me come back. Yahuah created such beauty, it is a shame that we cannot be beautiful in our own right. Lovely in our souls, kind, forgiving, patient and willing to lose. There is no need to “win”, as Yahuah is bringing His own home soon. We already won. You stay in touch, April.

That is fantastic. I do love the northern California coast and Oregon as well. We used to drive up that way every summer to visit my grandfather up by Tillamook. Maybe some day you will return, have faith.

Do you know where the lighthouse is at Pidgeon Point? On my way along 101 one night, I parked on the shoulder of the road and grabbed my sleeping nag and walked across a field to the beach. I was maybe a mile south of the lighthouse, and slept under the overhang of a big rock on that beach. It rained but I stayed dry under that overhang. I was on the side of the rock facing south and away from the lighthouse, and I seem to remember that the sand was dark. That was about 22 years ago. I’m sure that rock is still there. Time stands still along that coastline.

I know it is south of SF but I don’t remember visiting that light house. I have been to Pacifica near there where they also have dark sand. My sister still goes there often. Our favorite spot is Pt Reyes Station above SF, the woods are spectacular there right on the coast. Great hiking, lots of wildlife. So sad to see our beautiful state in the hands of mad men.

thanks for keeping us informed.

It is too often just bad news, but I do publish some of it so that we can all see the mile-markers on the highway to the end. We all need to be preparing our orgainzations now. Small groups of like-minded believers. Food, clothing (rugged stuff) medicine, ammunition, cooking materials, soap – the fundamental tools for survival in a world that will deny us access to most things.

Welcome To The War wpDiscuz
11
0
Would love your thoughts, please comment.x
()
x
| Reply