Putin placed his “nuclear deterrent forces” on alert this morning.  I do not know precisely what that means, but he called it a “special regime of combat duty”.  Putin already warned any who “interfere” in his conquest of Ukraine will suffer catastrophic events not experienced in history. Remarkably, Ukraine also agreed to peace talks today, too.

Here is what I know:

Following a phone call with Belarusian strongman Alexander Lukashenko, Zelenskyy’s office said he had agreed to send a delegation to a meeting on the Belarusian-Ukrianian border near the Pripyat river.

Perhaps Putin is threatening nuclear attacks because he just realized that every man, woman, child and cow in Ukraine looks prepared to overwhelm Russian infantry by shooting them from every car, doorway, window, rooftop, tree and ditch in Ukraine.

What do you think?
1
Please leave a feedback on thisx

Even in Germany the people are rallying for Ukraine.  Germany just this morning changed their law, quickly sending weapons to Ukraine as the law was being modified in the capitol.  Germany also 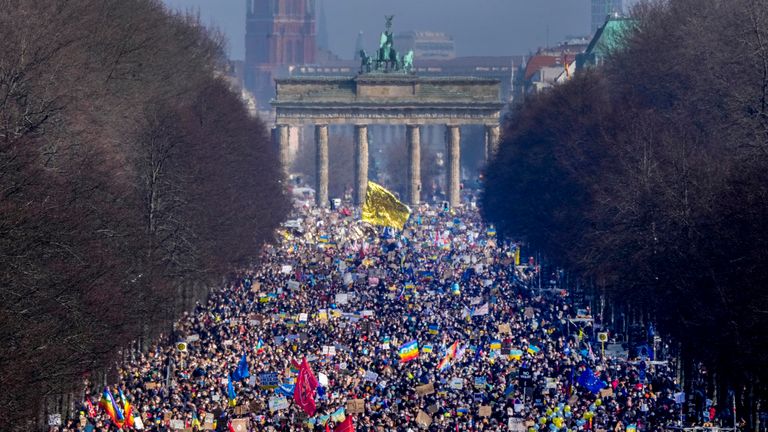 Russian President Vladimir Putin said in a televised statement on Sunday that he was ordering Russia’s nuclear deterrent forces on alert, as he continues his unprovoked invasion of Ukraine.

Driving the news: Speaking alongside his defense minister and military chief of staff, Putin said recent sanctions and “aggressive statements” from NATO countries had led him to put the nuclear deterrent forces in a “special regime of combat duty.”

This is the second time Putin has alluded to Russia’s nuclear arsenal while effectively warning the West to back off.

State of play: U.S. and Ukrainian officials say Russia’s invasion is not going to plan due to stronger-than-expected Ukrainian resistance.

What to watch: Having already threatened any independent publications that report on Russian casualties or aggression with censorship, the government is preparing to crack down harder on its citizens. 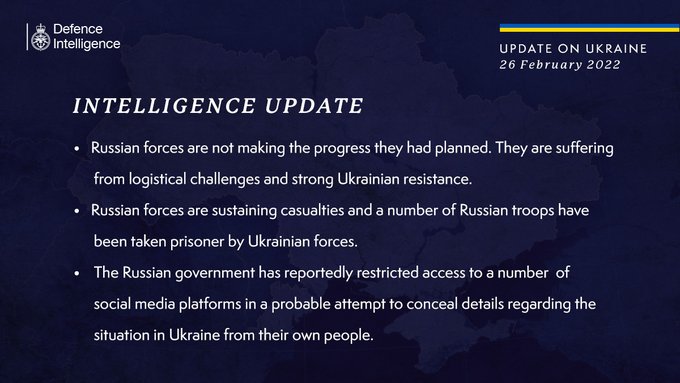 Alex Jones was so mad on today’s show. He is so fed up (like most of us) with this globalist manipulation and destruction. Now we all at risk of a world war and nuclear annihilation. We have no business over there when our own border is being heavily violated.

True that, April. But don’t sweat it. Have I ever asked you about your church? Do you have a sabbath-keeping church to attend and meet other Torah obedient followers of Yahusha? Or are you alone? I spent three years alone (no church) after I received Torah. My regular local bible church didn’t want to hear one peep about Torah. It got to the point where I couldn’t bear to go any more. And then, after three years, one of my friends called and I complained about that and he said “There is a great Torah assembly right by where you live.” And there was! SO what about you? Do you have some sisters and brothers in the Way that you can love and be loved by?

Not in my area. I live in California. I attend an online Messianic Church called Corner Fringe with an incredible pastor Daniel Joseph. I have also been reading the Bible cover to cover. What an experience! Whatever is going on seems to coincide with the part of the Bible I am reading. For instance, when I was sick with Covid for a month, I was reading Job (fitted my mood) and now with what is going on in the world, I am in Daniel. Reading about the dream and Nebuchadnezzar. It really hit me with world leaders and the globalists and how they are not the “king of kings” they believe they are. Daniel Joseph has a wonderful way of explaining in depth, Biblical truths from the Torah. My previous brick and mortar “Christian Church” went woke and I was done.

Author
Jerry
What do you think?" Read more »

I think this is getting much to close to the point of no return.