Yesterday was the second full day after the inauguration of Joseph Biden, the globalist choice to precede Kamala Harris (the Soros selection for VP) as President of the United States.  Like all patriots, I closed myself in a dark room, sat on the floor covered with a blanket and wept.  I became very depressed, and imagined several clever ways to kill myself.  Naturally, the CIA spies who read my posts are wondering “How do you plan to off yourself, Jerry?” Well, I’m certainly not going to tell them.  If I do, I would be suicided in a week.  But not me, I’m smarter than that, I worked it out. I’ve been stretching my mouth to let those big words come right out… wait a minute, that’s Phil Collins’ “Big Time” song.  Well, fine.

Please let me get something off my chest – Joseph Biden IS NOT President of the United States.  The sooner we take to the streets protesting this the better.  Every minute we delay is another nail in the coffin of liberty and truth.  We MUST stand up and speak out now.

Joseph Biden is not the lawful President of the United States, Donald Trump is.  The election was infested with fraud on a planetary scale.  Everyone knows it.  It’s all we talked about in church today.  Well, that and forgiveness.  Not that we plan to forgive Biden and his helpers.  Not gonna happen.

We are going to put Biden and his minions in jail.

Speaking of Biden, he was elected and inaugurated in the Year of the Rat, beginning on the 2020 Chinese New Year Jan. 25 and lasting to 2021 Lunar New Year’s Eve on Feb. 11. 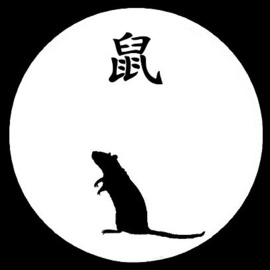 That is what we face in this situation.  Just like most of the American adult population, the brains at the Defense department know for certain that Biden is a fraud, unlawfully made President of the United States.

On Dec. 18, members of Biden’s transition team expressed concerns regarding an “abrupt halt” in cooperation with the Department of Defense (DOD) Acting Defense Secretary Chris Miller claimed the two camps had agreed to take a break from meetings, but Biden’s team has said there is no such agree and called for a restoration of the transition process.

“We were concerned to learn this week about an abrupt halt in the already limited cooperation there, and as indicated by DOD earlier today, we expect that decision will be reversed,” said Biden transition executive director Yohannes Abraham.

Speaking to NPR, Sullivan said, “literally dozens of written requests for information are outstanding as we speak.”

“It kind of comes back to the lack of visibility that we have right now into a number of critical issues relating to military operations because of DoD’s obstruction and roadblocks,” he told Detrow.

Checking American Military News today, there is no new information that indicates the Biden Transition team finally gained access to intelligence/spy agency data.  Thank God for that.  The Pentagon does deny they refused to meet with Bidens’ team in a Dec. 8th post, but asking Bidens’ team will give you a different answer.  So no intel for Biden.

As of a couple of weeks ago, the incoming National Security Advisor for Biden said there are still no briefings by DoD.  That’s good.

‘Really quite shocking’: Inside the ugly transition at the Pentagon

The effort to obstruct the Biden team is unprecedented in modern presidential transitions and will hobble the new administration on key national security matters.  https://www.politico.com/news/2021/01/20/biden-pentagon-transition-460768

“The DoD and its transition leadership are fully cooperating with the Biden transition team, placing national security and the protection of the American people at the forefront of any and all discussions,” Acting Secretary of defence Christopher Miller said in a statement on Saturday. https://www.scmp.com/news/world/united-states-canada/article/3112745/pentagon-denies-blocking-biden-transition-team

Note the “placing national security and protection of the American people at the forefront of any and all discussions” with Biden comment.  They know Biden is owned by the Chinese, and it is the Defense Intelligence Agency, formerly run by General Michael Flynn, that Biden wants access to.  So no way.

Thousands of National Guard Troops to Remain in DC Through March

There is a reason for this that is not included in the article.  On March 9th of this year, the Federal Election Commission meets in a closed meeting to “discuss pending enforcement actions, litigation and other matters that, by law, must be kept confidential.”

So this might be when the election gets finalized.  If the Commission determines that Biden was feloniously elevated to President of the United States, his entire administration might potentially be kicked out onto the street.  It will require evidence and guts, which is mostly lacking in political matters.  Its a closed-door, confidential meeting to discuss litigation (law suits) and “other matters” that are apparently secret.

If Biden is disqualified we might never be told, but we will know why.