Texas Governor Greg Abbott announced the ending of the statewide coronavirus mask mandate during an event in Lubbock, Texas. The mandate went into effect in July and required all Texans to wear a mask covering the mouth and nose while in public places. 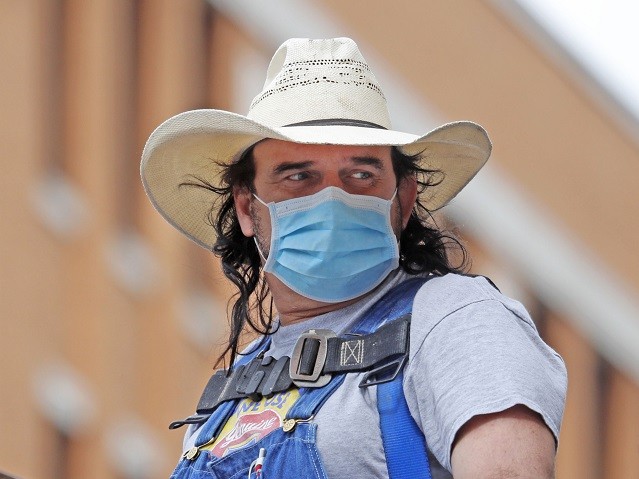 Governor Abbott addressed a group of small business and community leaders at a meeting of the Lubbock Chamber of Commerce on Tuesday afternoon. During the meeting, the governor announced he would end the statewide coronavirus mask mandate.

The governor said all businesses of any time can be open at 100 percent capacity. He also said Texas is “ending the statewide mask mandate.”

Abbott cited the number of vaccines administered to Texans, the experience that Texans have in choosing to wear protection, and the number of recovered COVID cases as reasons for the ending of the mandates and reopening of business at 100 percent capacity.

“With the medical advancements of vaccines and antibody therapeutic drugs, Texas now has the tools to protect Texans from the virus,” Abbott explained. “We must now do more to restore livelihoods and normalcy for Texans by opening Texas 100 percent. Make no mistake, COVID-19 has not disappeared, but it is clear from the recoveries, vaccinations, reduced hospitalizations, and safe practices that Texans are using that state mandates are no longer needed.”

The governor said that COVID vaccines have been issued to 5.7 million Texans as of last week and the state is going to vaccinate a record 216,000 people on Tuesday alone.

“By next Wednesday, about 7 million shots will have been administered in Texas and over half of seniors in Texas will have received a vaccine shot. By the end of March, every senior who wants a vaccine should be able to get one,” he continued. “The vaccine supply continues to increase so rapidly that more and more Texans will soon be eligible to receive a vaccine.”

Should a county have a local spike in COVID cases, Abbott said local officials can act to increase some restrictions. However, no financial penalties or jail time for failing to follow local restrictions.

The Texas governor issued the mandate in July in an executive order, Breitbart News reported. The order required “all Texans to wear a face-covering over the nose and mouth in public spaces in counties with 20 or more positive COVID-19 cases, with few exceptions.”

The proclamation also gave local authorities the approval to issue restrictions on outdoor gatherings of more than ten people.

The governor teased the idea of lifting statewide orders during a press conference in Corpus Christi last week.

Governor Abbott responded to a question about when he would end the statewide mandate requiring the wearing of masks.

The governor called it a “great question,” the Texas Tribune reported. “We’re working right now on evaluating when we’re gonna be able to remove all statewide orders, and we will be making announcements about that pretty soon.”

“Today’s announcement does not abandon safe practices that Texans have mastered over the past year,” Abbott stated. “Instead, it is a reminder that each person has a role to play in their own personal safety and the safety of others. With this executive order, we are ensuring that all businesses and families in Texas have the freedom to determine their own destiny.”

Bob Price serves as associate editor and senior news contributor for the Breitbart Texas-Border team. He is an original member of the Breitbart Texas team. Price is a regular panelist on Fox 26 Houston’s Sunday-morning talk show, What’s Your Point? Follow him on Twitter @BobPriceBBTX, Parler @BobPrice, and Facebook.