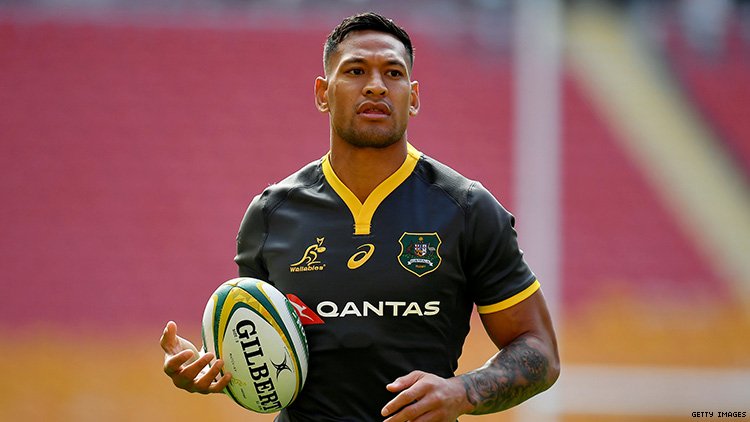 I truly pity the children who are raised by un-saved, satan-serving parents.  Those parents will rue the day they denied the Word and declared themselves god. END_OF_DOCUMENT_TOKEN_TO_BE_REPLACED

The Israel Folau story is interesting because he directly quoted scripture and was fired from his Rugby team six months ago.  Folau is a fine person and to see him fired and publically attacked like he was, hurt.

It is with gladness of heart to announce that he was put back onto the rugby field and nice compensated for his wrongful termination.  So, good news for decent people everywhere.

Australian rugby star Israel Folau won his battle in court against Rugby Australia after he was fired for posting a picture on his Instagram account that read “Hell awaits you” with reference to, among other things, Homosexuals.

Interestingly enough, other behaviors were listed in that Instagram post, including drunks, adulterers, liars, fornicators, thieves, atheists and idolaters [sic].

However, not to leave those committing these sins in despair, Folau pointed to the biblical message of repentance and faith in the Lord Jesus Christ.

He also cited the Scriptures to back the message that he posted.

Rugby Australia fired Folau earlier this year for his “hell awaits” post, declaring it a breach of their code of conduct, and the former star sued for wrongful termination. At first he asked for $10m in Australian currency, but last week upped his demands to $14m.

Twelve hours of negotiating Monday ended without any progress, but on Wednesday RA and Folau’s representatives issued a joint statement declaring they had reached a confidential settlement and that both sides apologized for ”any hurt or harm caused.”