The Chinese corona virus is stronger and faster to spread than is reported in the “responsible” news channels.  I subscribe on youtube (link at bottom) to a British man who works in the Chinese medical system to teach Chinese doctors how to communicate with Western doctors accurately using western medical terms.  He has lived in China and done this work for years, and his wife is a Chinese doctor.

Based on early information, it is believed that only a quarter of infected cases are “severe”, and the dead are mostly – though not exclusively – older people, some of whom have pre-existing conditions. (Since its easy to transmit, and if 25% of infections are “severe”, that’s BAD.- jd) https://www.bbc.com/news/world-asia-china-51249208

He has many contacts in the Chinese medical realm, including in Wuhan, the epicenter of this Chinese breakout.  His doctors tell him that the rate of mortality is about 100 percent greater than what is being reported by the Chinese government.  Because this virus spreads so easily, the total dead from it is likely to be quite high.  Estimations are pure guesses, but guesses in the 10’s of millions are pretty good guesses, and that is based on estimations that use state-of-the-are prediction software designed specifically for medical emergencies like this.

There is no known “vaccine” or specific treatment for this virus.  It seems to act rather quickly, but that is my own perception based on scant video evidence.  I did see many dead Chinese laid out on the floor of a Chinese hospital.  That indicates that available space was scarce, which helps me believe that there are more dead than are being reported.  There are huge long lines at hospital entrances, lots of people being carried away in plastic bubbles, and communists managing information.  Doctors themselves are dying and also reporting 2X the death rate that is in the “news”, and in one corona virus related video I watched a man fall flat on his face in the street

What I Am Doing To Prepare and Prevent

Iodine is essential, and you are deficient in it.  We all are.  None remains in the soil to make it into crops any more.  Iodine kills both virus and bacteria, and iodine is stored in every cell of the human body.  But we don’t have any.  Since iodine kills bad stuff and is used throughout the body, having it circulating is good for me.

The ascorbic acid is similar to iodine in its health effect for me.  It kills bad things.  A month ago a cancer growth on my face, which had been developing for about three years, doubled in size in about 14 days.  Then it continued to expand and developed a hard shell.  Concerned that I had a basal cell melanoma, and sure that it was some kind of skin cancer, I made a paste of ascorbic acid by placing a tablespoon of the powder in a small container and adding about a teaspoon of water.  You know, a thick, grainy paste.

The powder won’t dissolve very much until it saturates the waters ability to absorb more of it, so you have a gritty paste which I applied onto that cancer three times per day and left it on there.  It burned inside my skin like very thin, fine needles of fire which I thought was very interesting.  After a week, no more burning so I decided that the C had done its job and ripped off the cancerous growth.

It bled more than I expected, so I put some ointment on it and covered it with a band-aid for a couple of days.

When I removed the band-aid – presto – not a mark was on my face, and I mean zero skin defect.  Stunning.  So Vitamin C rocks.  I have a three pound jug of NOW brand powder in my cabinet, which I buy from Amazon.

3.  Wash your hands.  A lot.  Although this Chinese virus is apparently very easy to contract from the air, including via the eyes, soap and water are still your best defense against infection.  Don’t pass a faucet without lathering up.  Before you pee in the morning, wash your hands.  Then wash them again.  Wash them several times during the day even if you don’t leave the house, because other people will come in, and that “breaks the seal”, so to speak.  Don’t touch your face, your mouth (located on your face) or your eyes (also located on your face).  Don’t dig around in your nose looking for loose change.

So, wash you hands with soap.  Find some N95-class face masks and put them in a cabinet in your home.  Load up on Vitamin C beginning now and use it daily.  Load your body with Lugols iodine, beginning now.  If you have thyroid issues, iodine can effect that because your thyroid makes iodine.  Use your own judgement.  I am not a doctor but I do manage my health and my recent (60 days ago?) eight page in length blood test series shows perfect measures in every single test, bar none.  I am quite sure that I am healthier than any doctor any of us knows.  Not bragging.  My first son was born with the deadly kind of peanut allergy, and that got me on the quest for knowledge.  My good health is the byproduct of my love for him.

Closing, links provided below.  I read a posting that was entirely in Chinese and on a Chinese site.  It was by the original SARS researcher who went to Wuhan to look into this new virus.  In spite of his training and skill, he caught the virus.  He survived it, as most will.  But it spreads so easily that our odds of catching it are higher than normal.  Wash your hands with soap.  Don’t touch your face.

Get good sleep.  Thats when your immune system works most efficiently.  Sleep.  Get as much as you can when the the Xi-Ping Flu pops up within 100 miles/km of you.  And wash your hands then your face before you go to bed. Use soap.

Huge and growing locust swarms are devouring Africa, and will continue to grow for months: https://apnews.com/3a94858d9ba8c642e80fa3c141c9a8f8

You can use Google Translate (translate.google.com) to translate the Chinese article if the link doesn’t work properly for you.

Interesting article on using a common, very inexpensive amino acid to prevent a corona virus infection.  I have a lot of acquaintances who are excited about having gotten their second “covid vaccination”, and I just do not have the heart to tell them what a mistake they made.  The injections are NOT “vaccines”.  They are some kind of DNA-editing compound that I do not understand very well yet. END_OF_DOCUMENT_TOKEN_TO_BE_REPLACED 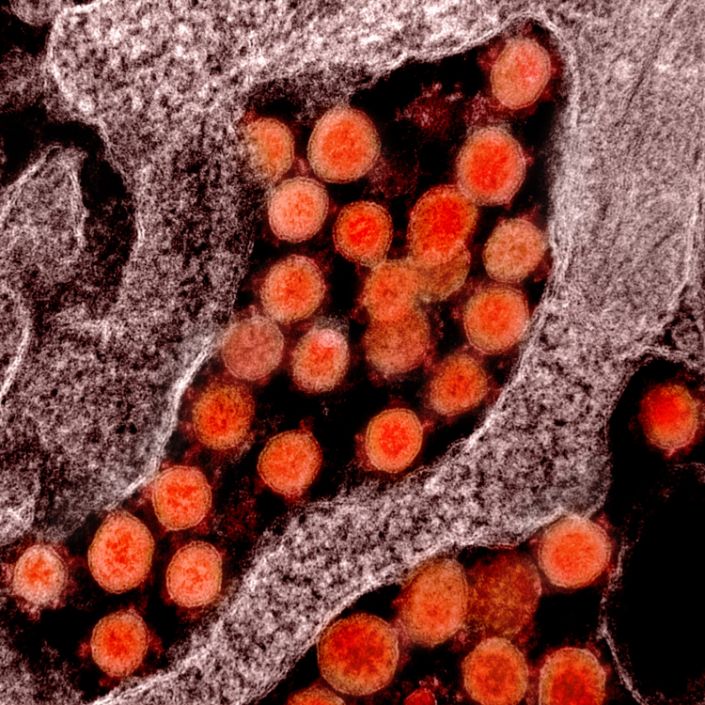 The only people that can be infected by the 2019-n Coronavirus have less than 98.7 µg/L of Selenium in plasma or serum. Those who have enough Selenium are immune to this and all other enveloped viruses. Selenium can be obtained from Brazil nuts, Selenium pills or Astragalus tea.

This is why only some people get the flu and why others get it infrequently or never at all.

We only found this out in 2015 when Lipinski @ Harvard figured out why some people were immune to Ebola, a fact well documented in medical archives.

Two Brazil nuts a day will do it. An Asia astragalus tea is the primary source of selenium.

2015 Lipinski – Can Selenite Be An Ultimate Inhibitor Of Ebola And Other Viral Infections?

“It is known that the virulence of Ebola and other RNA enveloped viruses involves in the first step their attachment to host cell membranes. Following this initial step the virus enters the target cell cytoplasm by forming hydrophobic spikes that make holes in the membrane lipid bilayer. Formation of such spikes is catalyzed by the reduced form of viral protein disulfide isomerase (PDIred) thus initiating chain of disulfide exchange reactions. Consequently, hydrophobic protein epitopes become exposed, which in the absence of proper chaperones form hydrophobic ‘spikes’ capable of penetrating the host cell membranes.

In this communication evidence is discussed showing that the chain of disulfide exchange events can be inhibited by a small redox molecule – sodium selenite.

It is suggested that this inexpensive and readily available food supplement can be an ultimate inhibitor of Ebola and other enveloped viral infections.”

“other enveloped viral infections” – that’s pretty much all of them.