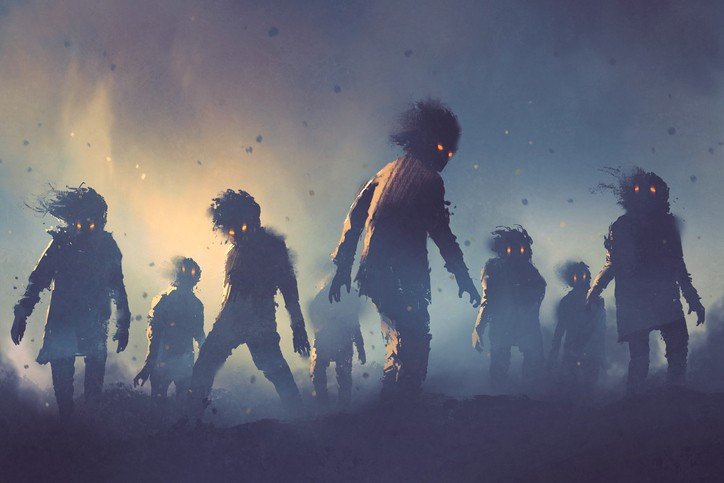 Well my goodness, it seems that the nano/micro technology that has been proven to be injected in some or most of the “vaccines” really do function together to generate a transmitter that operates on bluetooth frequencies.

We have seen them in this video.  Now their transmission signals are being measured, and you can bet that our cell phones are part of the plan.

The doctor in the video below conducted some experiments on his own and verified conclusively that 86 percent of his patients (of the 137 tested by him) do in fact send bluetooth signals from their bodies.  He doesn’t have a bucketful of answers, but he is intelligent enough to admit that and to conduct some repeatable tests.

I have thoughts on the purpose of those injected devices but let us be satisfied for now with the assumption that the injected operating systems are designed to control people.  There is something in those injections that the globalists are hell bent on injecting into us.  I think especially large groups of people, where the broadcast signal will present a larger target from the 5G transmitters that were rushed upon the towers during the darkest days of covid fear.  You remember those days – no one on the streets except 5g installers.

This doctor can identify unique MAC addresses inside his vaxxed patients.  A MAC address is like a street address for anything attached to the Internet.  It is a specific number (like 2C:54:91:88:C9:E3)

Just like each house has it’s own postal address, every device connected on a network has a Media Access Control (MAC) address, that uniquely identifies it.

The MAC address is tied to the Network Interface Controller (NIC), a subcomponent of the larger device. The NIC is where you make your physical connection to the network, by plugging in an Ethernet cable or connecting to a WiFi signal or bluetooth.

“I’m going to tell you today the findings of this summer, which go along the lines of what may be behind all this attempt to vaccinate.

Why so much interest in jabbing? What’s the reason? I’m going to tell you.

The international organizations that are also investigating this matter asked me for a brief report on what I had done during the summer and I’m going to going to read it to you as it is.

I’m going to make glosses of what I’m saying, but this is what I’ve written to them and the different teams that are investigating this are seeing what part of it is right and what part is not.

They’re translating it into several languages, I say this because, probably, by the 31st it’s going to be made public in other places or whatever.

It’s been hard for me to get here to read it. Do you know why? Because it does weigh a little bit the fact of taking out of the medical issue.

All this, you know, started as a channel to discuss the evolution of the pandemic, the affected, the treatments, the virus, how the ICUs were, well, and this no longer makes sense.

All that’s part of the past. And now, what we’re going to is a recognition of a desire, on the part of the authorities, to take away freedoms from human beings.

I don’t care if you think I’m raving or not, but as I have a moral obligation to report what I have done, I tell you today, and whoever wants to believe it will believe it, and whoever doesn’t will judge, criticize and compare it.

As I say, I’ve written it, and I have already sent it to the teams that are studying this subject in different parts of the world.

If from the medical point of view there’s no need to administer any preventive measure for a disease with the lethality of 2 per thousand, why so much insistence that everyone should be inoculated?

What’s the vaccine going to give me that I don’t already have? Well, this experiment arose from this reflection.

Under my office, I occasionally parked an ambulance from SUMA, from the emergency service, because they have a base there. Those were the only “interferences” I detected. Most of the observations were carried out without that artifact. I started the consultation at 15:00 and had patients listed every 20 minutes.

Due to COVID measures, it was recommended that they come alone and, if possible, at the appointed time. Not before or after, before starting the consultation, I’d connect the Bluetooth application on my cell phone and invariably check that there was no device available to contact, there was no electronic device in range to connect to.

When a patient appeared, often already up the stairs or at the beginning of the corridor, about 20 meters away from the practice, on my cell phone, I could see if one or two devices to connect to with Bluetooth appeared, one or two or none.

On my phone, I could check to see if the Bluetooth was detecting something or nothing and if it was something, it was a device with a MAC Address (Media Access Control) code. This is a unique identifier that electronic device manufacturers assign to a card or item that can be networked.

After attending to the patient’s medical requirements, I’d ask him whether or not he had been vaccinated for COVID. If the answer was affirmative, it was usually quick and without hesitation nd if it was negative, it was often accompanied by a certain wariness, if not anger at the question.

A reaction that explained to me that, in general, those who hadn’t wanted to be vaccinated had been subjected to some kind of adverse social situation. After reassuring the patient, whatever his response, I’d write down on a sheet of paper the answer he gave me.

None of the 137 patients I asked refused to answer, If the answer was affirmative, I’d ask them what type of vaccine they had received, when, and if they had had any adverse reactions.

I’d then ask them if they had any cell phones or electronic devices such as wireless headsets or tablets on them, and if so, I’d ask them to turn it off for a moment. When they turned it off, on my cell phone, usually, one of the devices that registered to Bluetooth would disappear.

Out of hundreds Here are the results.

None of the patients who said they hadn’t been vaccinated registered on my cell phone any device available for Bluetooth connection, having ensured the disconnection of their cell phone, if they had one.

I interpreted that it was a code that the patient himself was carrying and that, in fact, when he left the office, leaving the building, it disappeared from my cell phone.

With this simple observation throughout July and August, I’ve been able to verify that 100% of the patients who say they aren’t vaccinated don’t raise any contact device with my cell phone via Bluetooth. But 86% of those who said they were vaccinated generated a MAC Address on my cell phone.

These are the observations made, and many doubts and questions arise from them, among them, the ones that seem to me be the most significant are

First: Does the signal detected on my cell phone come from the vaccinated person? Well, precisely the isolated environment and not being interfered with by other signals has meant that there’s no other source of contamination.

In fact, when the SUMA ambulance arrived, apart from other devices such as “SUMA base” and several MAC addresses that I attributed to ambulance personnel who could be vaccinated, I noticed that these signals disappeared when the ambulance left.

And when there were suspicions about whether there was some other distorting element, for example, patient escorts in the corridor, accidental operators in the corridor that could be the source or origin of other markers, then I dismissed that case. It’s not within the 137 that I have confirmed.

Second: Do all cell phones detect Bluetooth devices with equal capability? My answer is no. My experience is that they don’t.

Third: Does the detectable MAC Address on a person allow interaction with him? To what extent? At least I’m sure of one thing: it allows me to know where he is because I knew that someone vaccinated was coming to my office before he showed up.

The fourth question I asked myself: If the MAC Address is something personal, individual, and unrepeatable, how is it possible that the five people who were injected with the contents of the same vial, from the same distribution of the same batch, don’t have 5 different MAC Addresses?

Well, I consulted with some computer technicians, roboticists and fellow biologists and engineers, experts in computer science, and nanorobotics. And they advocate the possibility that this code is generated as a result of the interaction of what’s injected with the genetic material of the patient.

Perhaps not so much with their DNA as with the larger compatibility complex, the HLA’s, which are ultimately derived from the genome.

If the MAC address is generated by the vaccine, why do only 86% of those who claim to be vaccinated have it? Different answers have been considered to answer this question.

I have many doubts. These are the findings that I’ve made. They’re outside my medical knowledge. I simply attest that when you’re in consultation with a person in an isolated environment, that comes up on my cell phone.

What does it mean? I have no idea. But I don’t like it.

and a related test…