How to keep this short and sweet?  In a word, war. END_OF_DOCUMENT_TOKEN_TO_BE_REPLACED 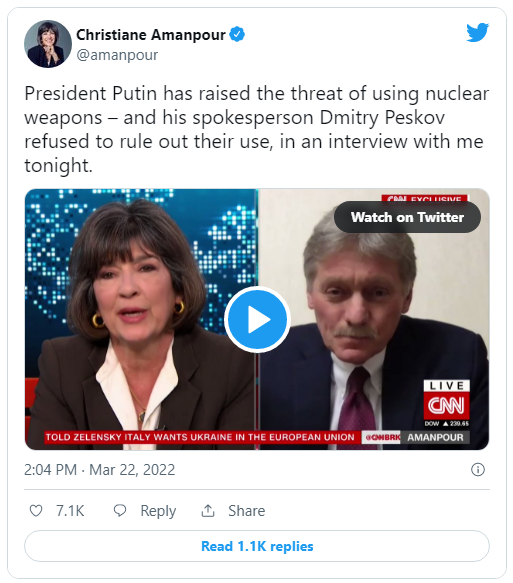 So what does the West decide to do today? END_OF_DOCUMENT_TOKEN_TO_BE_REPLACED

If you were here last year you read in October ’21 that I said the injections would be used tactically, in different formulations and against different classes of people.  I didn’t have inside information on that, its just common sense.  The injections were never for our good, and given that accurate premise, figuring out the rest was simple.

Figuring out what comes on the heels of the major and profoundly incriminating proof is simple, too.  War, my friend.  War is “what’s for dinner”.

How do we know this? END_OF_DOCUMENT_TOKEN_TO_BE_REPLACED

We are in the tribulation period.  I wish with all my heart I could honestly tell you that everything is going to be OK, but I cannot do that.  The truth has a beauty all its own, whether the truth heals or hurts.  It is also truth that those who obey the commands of Yahusha (aka “Jesus”) will be loved by Yahuah.  Yahusha said that Himself. END_OF_DOCUMENT_TOKEN_TO_BE_REPLACED