A life lived properly is fraught with suffering.  This axiom is opposed to the human desire for a life of ease and plenty.  Pity the rich, who carry their god in their purse.  The wise among the poor must constantly call on Yahuah for guidance and for help.  Even Yahusha Himself called on Yahuah for guidance and help.  He never threw money at a problem, but rather He prayed, even teaching us what to pray in the model prayer which covers all the bases.

END_OF_DOCUMENT_TOKEN_TO_BE_REPLACED

Ani, the Lord Almighty is forgiving and graceful and merciful.  In our personal lives we have to deal with people who sometimes despise us.  If we were more worldly, if we craved money more or worshiped debt more or swam in any of the wide varieties of lust, or if we drank unto drunkenness more or simply lived a life absent of the presence of the Holy Spirit of God, the world and the lost souls in it would find us more tolerable.

Watching the Ken Peters vision last night (@2AM on this site, awesome), I re-realized the interesting contrast that we humans tend to make between actions of evil and actions of Good. END_OF_DOCUMENT_TOKEN_TO_BE_REPLACED 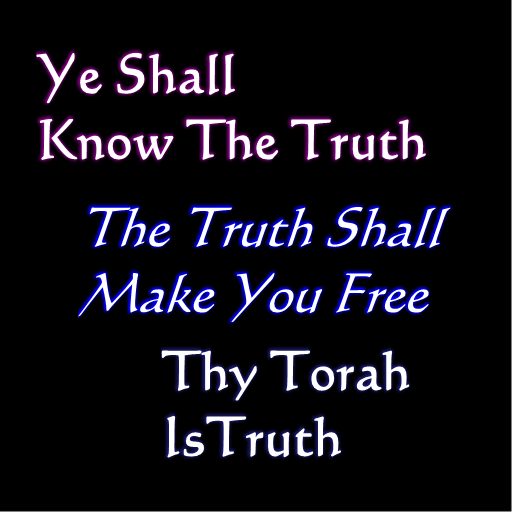 Let me tell you this: I used to slaughter and BBQ a live rabbit every Easter just to drive the point home to my baby girl that there was no bunny in Easter.  I served him on a platter with a small apple in its mouth.  Furious at what human beings had done to mock the conquest of death by Yahusha.

Appropriately, and coincidentally, I am listening to the soundtrack of Fury Road as I write. END_OF_DOCUMENT_TOKEN_TO_BE_REPLACED

Hello.  How’s your day?  Do you have troubles that hurt?  Fears?  Concerns?  Have people you relied upon violated your trust?  Are your friends, spouses, children unfaithful to you?  Are you betrayed by those who claim to love you?

In all of my life, all the years I have lived and in all of the utterly profound ways Yahuah has reached out to me, I have only experienced faithfulness from one source.  No human has ever been faithful to me, not one.  The closest any person ever came to being faithful to me as a human being was my mother, who is dancing in Heaven now.

I’ve rarely had a faithful friend.  Two of my best friends, both dead, were exceptionally loyal.  One, Lane Alton McCarty was closer to me than my own brother for 45 years, right up until he gave up on life, turned to meth and died a shriveled up addict alone in a Houston hospital.  He died angry, filled with hatred for me because he was certain that I had told his mother about his addiction.  Meth.  It destroys the mind first.

He was not a believer.  He was a “christian” if you asked him, but he had no desire to know Yahuah.  He would listen to me and he knew that I was quite different in my faith, but he loved himself most of all.  In the end, it was my faithfulness to him that maintained our friendship, and my faithfulness to him that broke it.  I gave him the tough love that I knew he would reject, but someone had to very bluntly tell him that he was on the path of death.

My ex-wife hugged me a couple of hours ago, telling me that everything would be alright.  I’m under immense pressure these days, and really struggling in my mind with some big burdens.  Her hug was a nice gesture, but I replied to her that I would rather be hugged by a woman who was faithful to me.  I don’t mean sexually faithful, but faithful in her heart, mind and actions.  Faithful.  Faithful in her decisions, her words and her thoughts. Trustworthy and reliable.

My nephew told me this morning that I had been married several times, and I have.  Three times women have divorced me.  Two were sexually involved with other men before divorcing me and this latest one just did not want the demands of “wife” on her shoulders.  One less voice for her to hear. One less obligation.  So good riddance to our history, our family, our commitment, our children’s family, their dad, their heritage.  All for the sake of her  imagined convenience.

All of my life-long friends are dead.  And I don’t have any new friends.  I haven’t made an actual friend this century, because my wife and children were my world.  I gave them my life, even quitting two jobs (both at the urgent pleading of my wife) to help at home with the kids and homeschooling.  She concluded that home schooling was far to difficult, and wanted to put them in public school.  Horror show, public school.

Then she signed a lease on a new home in town and moved half our furniture into it while I was away with my sons mountain biking about 1400 miles away.  We moved, regrettably, and a few months later she filed for divorce.  She didn’t tell me that she filed for divorce, nor did she bother telling the children.  I was simply chased 30 miles by some stranger, and when I phoned her from my car she replied “He’s probably trying to serve you.  I filed for divorce today.”

My children heard her the same instant I did.

It might be that Solomon is right – that in all his life, he never met a single faithful woman.  That’s right, he said that.  But he also said that only one man in 1000 is faithful.  Not a significant percentage, but better than zero.

Eve sure wasn’t faithful, and she led Adam, who foolishly followed her into sin.  Foolish man.  Faithless woman. And her first born proved himself wicked by murdering her second born.  She lost them both.  A high price to pay for eating one single fruit.

Regret and remorse grow in the soil of infidelity.

What did Eve first think as she looked on the dead body of her faithful Abel?  As she looked into his dead eyes and as she called out his name over and over, how her infidelity must have weighed down on her with unimaginable weight.  The personal responsibility for bringing death and murder into the lives of her own children.  I do not see how she withstood the pain.  Eve suffered, you can be sure of that.  Poor woman.  The eternal grieving, the bottomless pit of her first nights sleep with her faithful Abel dead in the cold, dark earth outside.

I would yearn for death until I died.  No way I could have endured what she and Adam endured.

Foolish Adam.  Foolish man.  Did you weep, father Adam, as you dug the burial pit?  Did you blame Yahuah?  Satan?  Eve?  Yourself? Did hatred for Cain grow in your heart?  Did mercy?

Poor people.  The sorrow they must have endured their entire lives, knowing that they were responsible, in part, for every wicked thing, every accident, dead child, broken bone, lie, fight, and murder among all men for eternity.

“Here is our father Adam, who gave us the consequence of his disobedience.”

And we think Job had it tough.

Within four months of my X-wife’s divorce, my beautiful 13 yr-old son was arrested on a felony theft charge.  My son who used to cry when I prayed with him.  Now he mocks Yahuah.

We might never have faithful friends or faithful spouses.  We might experience significant betrayal  from people we most love.  But we must always be true to ourselves.  We must be faithful to our own being, and the only path to that faithfulness is the Way, because when we follow Yahusha in the Way, we become faithful.  We become steady, stable, wise and loving.

We will continue to live even when death suits us more.  We walk in light and righteousness, even when we are in despair.  Why?  Because we are faithful, silly 🙂  We are called to be the faithful.  We cannot imagine any other path.

Bill Maher is a liberal comedian who has been on TV forever.  He is a liberal, which is problematic, but on his latest show Maher spoke on the importance of unity in America, unity between Americans, unity between liberal and conservative.  Interesting to listen to the crowd response as he did this show three days after election day.