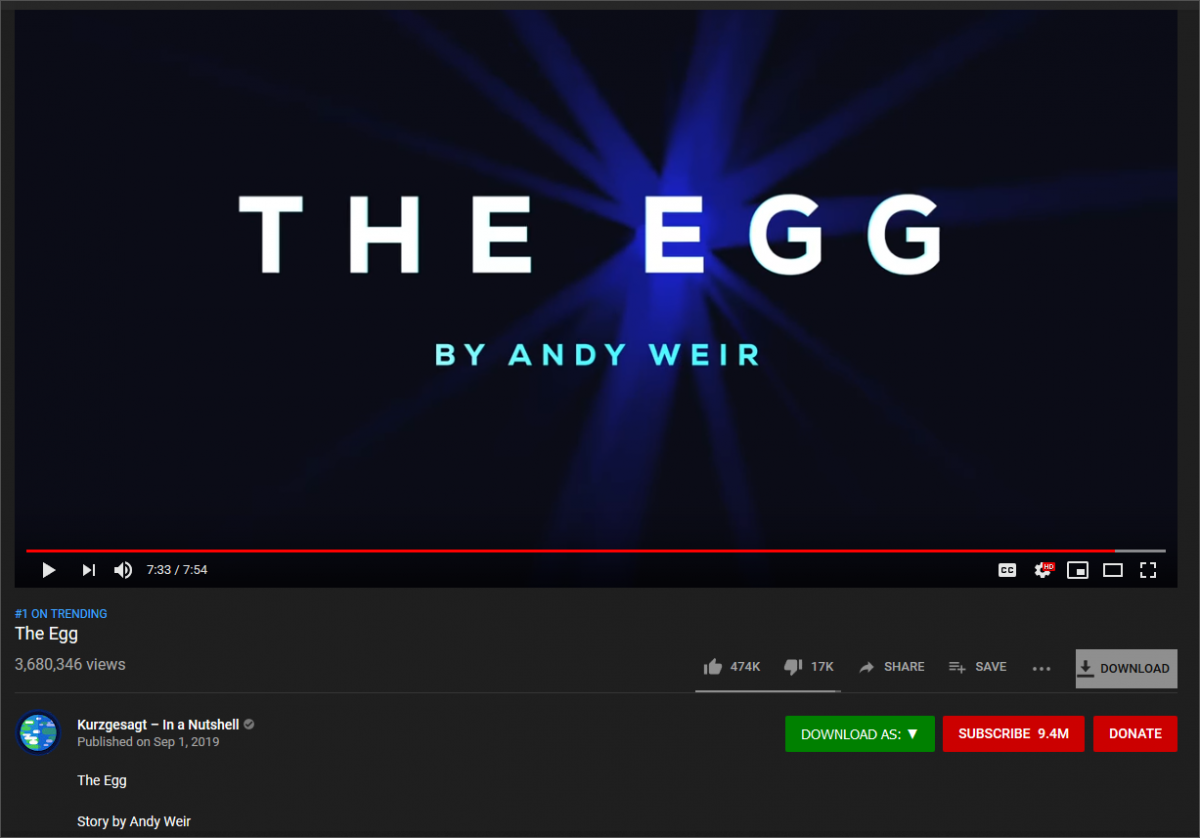 It was uploaded yesterday, and today at 10AM central time USA, has 3.6 million views, trending #1 on youtube.  Thats because google WANTS to promote this clever anti-christ lie.  A video of Donald Trump flying around by flapping his arms would not pick up that many views in such a short span of time.  Google is an arm of Satan, a tool he uses to twist up the minds of the masses.

This Andy Weir guy is the Pied Piper, leading the fools to death, and he is becoming quite wealthy from his lies, with 9,000,000 subscribers, that’s a lot of money for serving the satan.  Who knows – maybe Andy Weir is the Satan. Certainly he is a satan.

A youtube income calculator indicates that this liar is earning as much as $1.4 million USD per year for producing colorful, cheerful cartoon blasphemy.

Many big-name pastors do the very same thing – tell delightful lies to people who have ears itching to hear them.

Put up a video on obedience to the Commands of Yahuah and keeping Torah and you will be doing well if you have one view in a week.

The world is one solid, integrated lie.  Only the Word of Yahuah is true.  Do not believe anything you see in the allowed media.  Satan is personally directing the show now, taking over some of the former duties of his top commanders.  The climax is coming, and he is getting ready, at last, to occupy the Temple.