I’m sure you have wondered how the entire planet could be reduced to slaves and rubble so quickly.  You wondered why so many national leaders worldwide took the knee to Fauci and the “Covid” caper.  You marveled at the way the Australian government spit in the face of Australians and doubled down on its brutal treatment of Australians every time they tried to stand up.  Prepare to be surprised. END_OF_DOCUMENT_TOKEN_TO_BE_REPLACED

Gates, Kissinger, Clinton, Sanger and mothers keenly desire to rid the earth of as many people as they can get away with. How will they do it? END_OF_DOCUMENT_TOKEN_TO_BE_REPLACED

How would you like it if a band of gangsters came into your home while you were asleep, woke you and force injected chemicals into you, your spouse and your children, all while you stood there screaming and sobbing, begging them to stop?

How interesting.  George Soros, Bill Gates and Anthony Fauci are all in business together in Moderna, the company that it is rumored to have the lead in producing a “vaccine”.  They’re partners.   END_OF_DOCUMENT_TOKEN_TO_BE_REPLACED

Its getting harder to tolerate the foolish decisions made by government at every level.  Like a rubber band being pulled and pulled and stretched to the limit, only to snap suddenly with no warning, so are the free Americans being stretched to the breaking point.

I am an ardent devotee of peace.  Peace is music to me.  Peace is simply beautiful and healing.

So why does war look so attractive?

Well, war is never attractive except to those who will never do the fighting.  Politicians and General officers, military weapons manufacturers – those guys love war.

But I’m talking civil rebellion over the text-book crazy decisions by some of the most startlingly ignorant politicians at the state and local levels.  Although it is impossible to make the best decision all the time, people should absolutely rise up using whatever force necessary to correct bad policy.

Yes, I know that this begs the question of who decides what “bad policy” actually is.  But when “policy” does not align itself with measured “fact”, then policy must change because “fact” cannot.  If the officials will not produce policy that is in harmony with “fact”, then the people must force the change using whatever methods work most efficiently.

And yes, violence has solved LOTS of problems.  Ask George Washington.  Ask George Patton.  Ask me.  When politicians actually wet their pants, you know – pee on themselves on stage in public from fright because they accidentally just now let slip in a speech that they support progressive or communist or globalist policies, then the thinking public (you) has done its job.

Good stuff.  I’m going to make decisions that are in my families best interest, in harmony with the Law of Yahuah and the United States Constitution.

Some interesting Constitution VS Courts in times of crisis writing is linked here.

His GoFundMe page.  Throw him some money for a good lawyer who will sue Seattle into oblivion.

Go to some meetings locally.  Get to know some people and start pushing back against folly.  I do expect a “resurgence” of infections later this summer, but not from actual person-to-person transmission.  Being supremely distrustful of Gates/Soros et al, and knowing for certain what we face going forward, I personally expect “them” to spread it themselves, just like they started this whole mess.

China might not be responsible for this.  Yes, China was an absolutely perfect patsy (and I loathe the CCP) for anyone willing to pop the cork on a bottle of coronavirus.  China had hundreds of research papers published online and was known by everyone who had any interest in corona virii to actually be working on corona virus in their Wuhan L4 lab.

So some group tip-toes up to the front door of that L4 lab and spritzes the place up with live corona virus, modified with some other goodies.  Its a bio-weapon.

Weeks later, boom!  China is a bad guy for hiding the fact that a corona virus is killing them.  The Chinese are pirates, yes.  A nation of amoral thieves, for sure.  Easy to dislike, and Gates/Soros et al know that, hence the perfect patsy to get a white hot world public clamoring for Gates Magic Vaccine, and wow, Gates sure wants to provide one.  Badly.

It is proven conclusively, with zero doubt,  that the corona virus is… END_OF_DOCUMENT_TOKEN_TO_BE_REPLACED 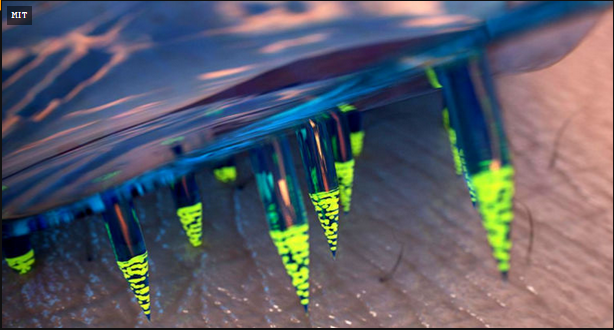 Want to be railroaded into a forced vaccination?

Bill Gates is investing in seven different vaccination development operations, hoping to hit the jackpot on one, no doubt one  that can be required under force of law.  Guess who is on Bill Gates Scientific Board of the Bill and Melinda Gates Foundation?

The one medical specialist who has the most direct vaccination influence on the President of The United States.  Dr… END_OF_DOCUMENT_TOKEN_TO_BE_REPLACED