The War With Iran Just Started. Does Prophecy Indicate A Nuclear Detonation In Baghdad?

A few months ago I wrote a post regarding a major pending event that would cause great harm to the United States.  The date I wrote it is older than the indicated date of November 27th (about five weeks ago) because of some software that I use to re-publish some content that was missed by new subscribers.

The three-day sequence of events in Iraq is significant, and possibly the trigger for The Event.  If you have been following Iran/USA interactions, you know that we sanctioned Iran with the stiffest economic sanctions ever, which crippled Iran’s economy by making it impossible for Iran to secure loans, to sell oil and other nation-crushing things.  The people in Iran are rioting against the government, so the Iranian government is looking for a war to rally the people around and stop their rioting.

Several actions preceded the Iranian-led attack on the US Embassy in Iraq, but those are unimportant in that they are common throughout history.  Iran shot down a US drone about a year ago, struck at the US Navy, hijacked a British oil tanker, drone-bombed a Saudi oil production facility and used Hezbolla in Syria to attack Israel with rockets.  Typical, common hostile and destructive trouble-making. 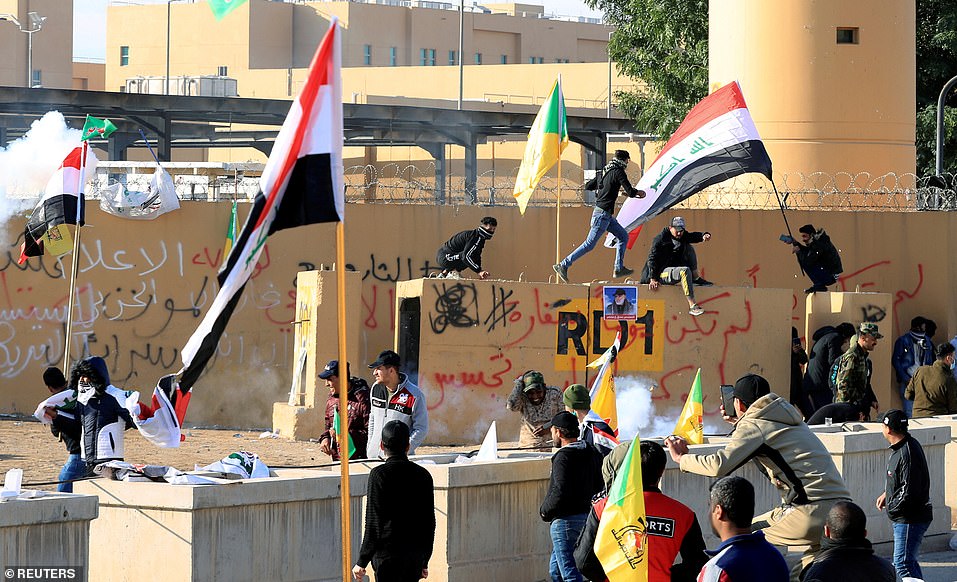 But certainly many nations do such things to harass their enemies, and Iran has many enemies.  Remember when Iran raided the US Embassy in Tehran back around 1980 and held the US personnel hostages for a year?  The Islamic revolution at its beginning, and subsequent bad blood between the USA and Iran.

Unfortunately, Iran has a major chip on its shoulder and the arrogant and wicked Ayatollahs who rule are about to learn a painful lesson.

The Iran-planned and supported raid on the US Embassy in Iraq was a turning point for the entire world.  The United States under Trump will not lay down and whimper as it did under the fraud Obama.  The Islamic Republic attacked the US Embassy, and then the ruling Ayatollah’s stated that there was not “One damn thing” the USA could do about it. 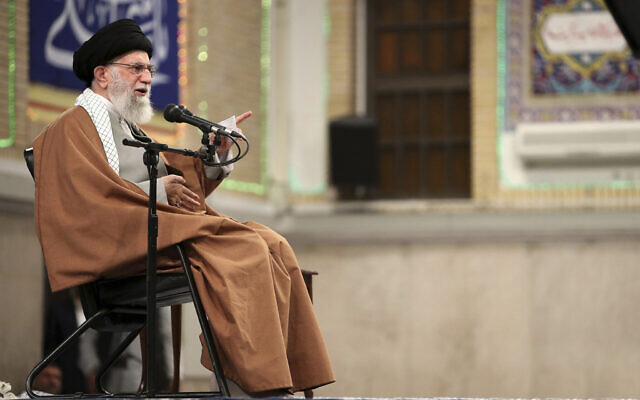 Iranian Supreme Leader Ayatollah Ali Khamenei on Wednesday said that US President Donald Trump was powerless to do anything to Iran, which will not hesitate to strike against any who threaten its interests.

Khamenei scoffed at remarks Trump made the previous day, in which the US leader said he was holding Tehran responsible for a violent assault on the US embassy in Iraq by pro-Iranian demonstrators, who breached the outer wall of the Baghdad compound and burned property inside.

“That guy has tweeted that we see Iran responsible for the events in Baghdad & we will respond to Iran,” Khamenei wrote on his official Twitter account.

“1st: You can’t do anything,” he wrote. “2nd: If you were logical — which you’re not — you’d see that your crimes in Iraq, Afghanistan … have made nations hate you.

“If the Islamic Republic decides to challenge & fight, it will do so unequivocally,” Khamenei continued. “We’re not after wars, but we strongly defend the Iranian nation’s interests, dignity, & glory. If anyone threatens that, we will unhesitatingly confront & strike them.” 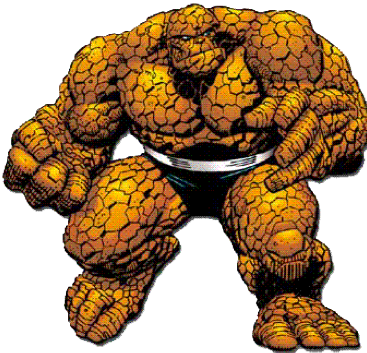 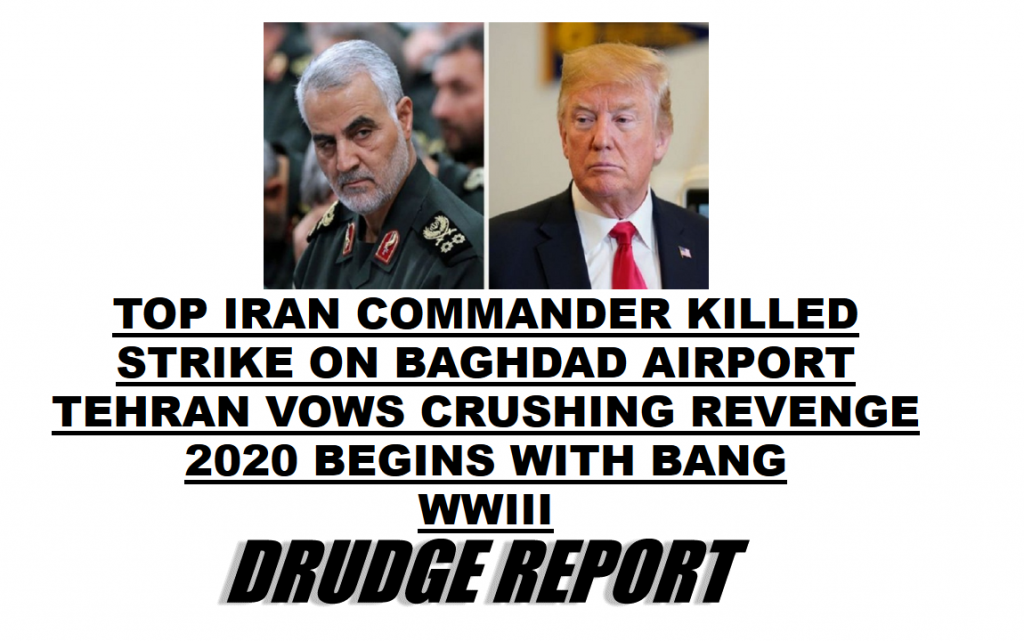 The very next day (yesterday) after Iran declared Trump powerless to retaliate, Trump executed the top Iranian General officer in the Middle East with a drone strike that blew him to shreds and pieces.  The execution was done with supreme precision, and we knew where General Soleimani was to the exact position of his feet when the missile hit his traveling companion.  No trace of his companion was found, and Soleimani was only identified by a ring that he wore, as there was nothing left of him that was intact and suitable for identification.  His body was shredded to pieces. A finger was intact.

BAGHDAD (AP) — The United States killed Iran’s top general and the architect of Tehran’s proxy wars in the Middle East in an airstrike at Baghdad’s international airport early on Friday, an attack that threatens to dramatically ratchet up tensions in the region.

The targeted killing of Gen. Qassem Soleimani, the head of Iran’s elite Quds Force, could draw forceful Iranian retaliation against American interests in the region and spiral into a far larger conflict between the U.S. and Iran, endangering U.S. troops in Iraq, Syria and beyond.

The Defense Department said it killed Soleimani because he “was actively developing plans to attack American diplomats and service members in Iraq and throughout the region.” It also accused Soleimani of approving the attacks on the U.S. Embassy in Baghdad earlier this week.

Iran’s Supreme Leader Ayatollah Ali Khamenei warned that a “harsh retaliation is waiting” for the U.S.

He absolutely deserved to die, too.  In fact, though I hate war, the Iranian government deserves death.  The Iranian people desperately crave freedom, the Ayatollahs are losing their grip on government and they think war will strengthen their hold on power.

This is going to get bad, and soon.  Years ago I know that Iran was practicing detonating missiles in the atmosphere.  An observing military officer noted that their missiles were prone to mid-flight destruction, to which a second  officer replied “They are practicing EMP strikes”.

Prepare for things that can disrupt your life.  Food, fuel and firearms: you need them.  Medicine, new eyeglasses, whatever you think might be great to have if people are roaming the streets looking for things.

The Iranians will eventually resort to radiation weapons inside the continental USA if they have them, and it is likely that nuclear weapons are already pre-positioned inside the USA and just across the border from the USA for rapid transport into major US cities.  A radiation weapon is easy to make, unlike a nuclear weapon.  It can terroristicly irradiate a city and people will flee by the millions.

Imagine New York and Los Angeles in a panic evacuation.

Israel will have to act, too.  Iran will absolutely strike at Israel with big guns now.  Its in a corner and has to take action to save face.  Hezbollah will do what it can, and in South America expect to see the war manifest itself.  Maybe in Mexico, as Iran does have relationships with the Cartels.  Iranians have been illegally crossing up from Mexico for many years.  Tunnels allow “things” to be smuggled into the USA undetected.  Cartels have networks of smugglers across the entire USA, so it will certainly be possible for radiation weapons to be emplaced in major cities.  Dirty bombs.

Closing, I want to remind you of the prophesy of the two women with storks wings (unclean) carrying the wicked thing under a lead lid.  It’s nuclear, maybe a radiation weapon, carried to the heart of Iraq, right where the US headquarters is.

I published the following in July, 2019.  It is nuclear, and it is Baghdad.

Is The Prophecy by Pastor Shane Warren Coming To Pass Now?
Remember "Planet X"? FEMA Does. Pentagon Source Says September/October All Will Know.
Official Radiation Levels Before, During and After Beirut, Lebanon Explosion