Sorry for the delay in getting this out. Had another incident regarding my sons, motorcycles and the police. Also had to run a kid off who just seems to think that a lifestyle of rebellion and stupidity is just fine. I gave him a few years to make better decisions, but he went too far.

Chapter 6 speaks to the destruction of the entire west coast of the United States. Multiple prophecies from multiple sources repeating the same warning for several decades now, all the way back to 1937. We will lose the entire west coast and all of the cities therein. Sounds like all in one day, from Baja to Canada, with damage as far in as Colorado. END_OF_DOCUMENT_TOKEN_TO_BE_REPLACED 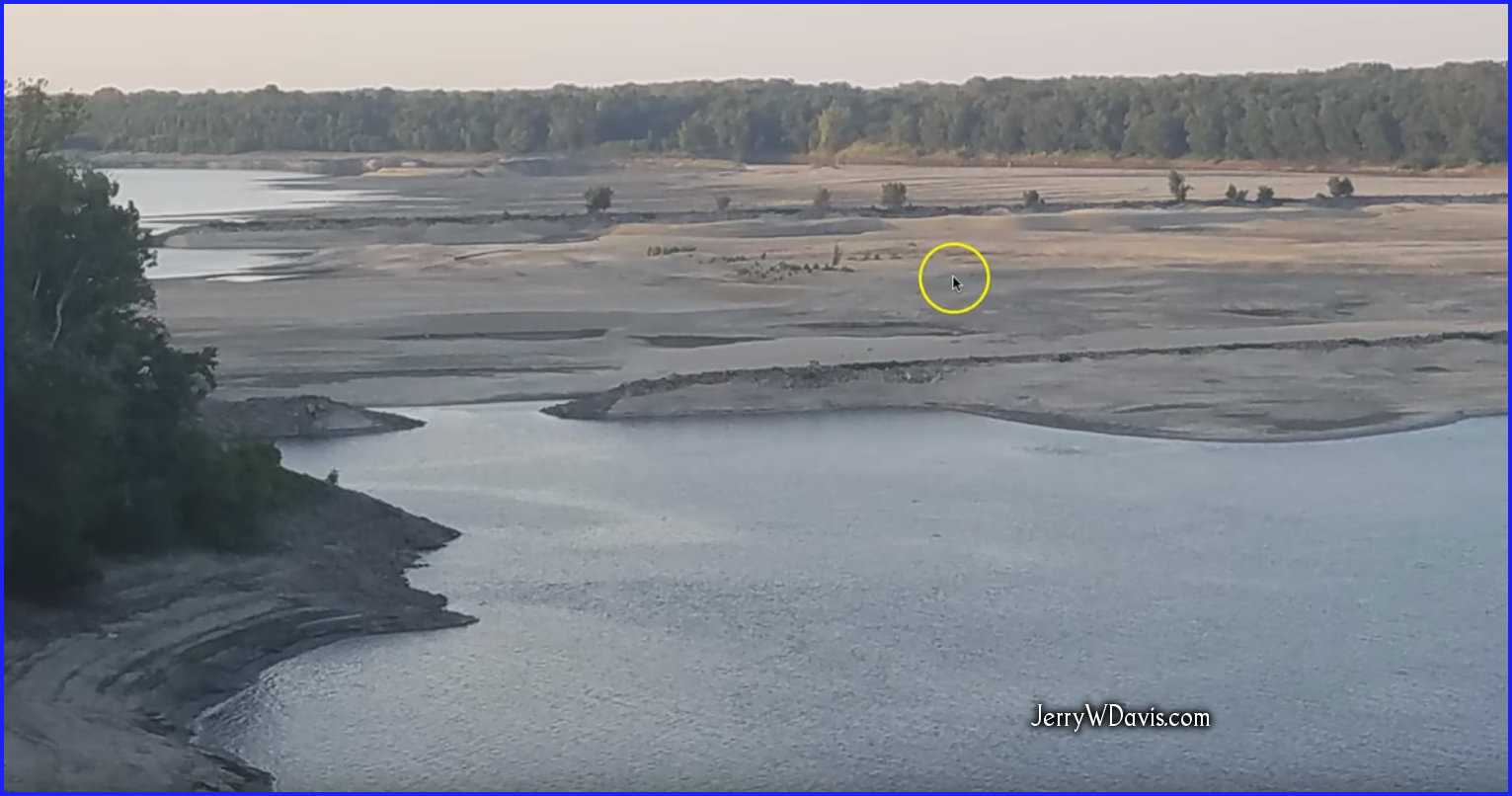 But a sign of what?  Yahuah is efficient.  He wastes not.  This sign was thousands of years in the making, and His word will not return to Him void.  Therefore, the faithful will remain vigilant because Yahuah is talking to us.

The two videos below highlight and clarify a few things, and both are from superb brothers in Yahusha.  The first one is END_OF_DOCUMENT_TOKEN_TO_BE_REPLACED

We hear things and we read things and we investigate things and eventually the truth comes out.  La Palma, the volcano/earthquake seismic zone, just opened an additional vent.  There is some kind of persistent pressure showing up under La Palma.  And there is this odd pattern… END_OF_DOCUMENT_TOKEN_TO_BE_REPLACED

Steven Ben Nun is rather excited. Maybe “alarmed” is a better word. Israel is going all in on forcing all of Israel to submit to the injection, and the volcano in the Canary islands is allegedly producing lava, according to his sources. END_OF_DOCUMENT_TOKEN_TO_BE_REPLACED

Ready for some earthquake, volcano and tsunami action?  I knew you were.  Anything will better than more Covid/Fauci/Gates/Vax/Biden/Kabul news.  Also, I read a research paper this morning that says a volcano on the Canary Islands could potentially send a tsunami to the east coast of the USA.  Its possible, and several prophecies highlight tsunamis on both coasts of the United States.

Here is a crisp, short and rational look at what is happening in the Canary Islands today.  Lots of earthquakes, and I do mean hundreds, and there is a large volcano right next to the quake activity… END_OF_DOCUMENT_TOKEN_TO_BE_REPLACED

Those that believe that this coronavirus pandemic is the “worst” that can happen need to understand that much more severe judgments are coming.  Sarah Menet (also previously known as Sarah Hoffman) had a near death experience in 1979 in which she was shown great judgments that would come to this planet.  The portion of her vision regarding 9/11 appears to already have been fulfilled, so that gives this vision even more gravity.  In her vision she saw two great pandemics that are coming, and the coronavirus plague does not appear to fit with either one.  The following is what Sarah Menet was shown on that fateful day… END_OF_DOCUMENT_TOKEN_TO_BE_REPLACED

It is good to write today.  That “podcasting” stuff is a snarl of technology, for sure.  For better or worse, I need to stick with it because I need the practice speaking in a semi-public forum.  Soon we will be tightly regulated, although I do believe that Yahuah will deal with the USA on a very personal “from His throne” basis.  We deserve His judgement and I look forward to leaving this earth.

END_OF_DOCUMENT_TOKEN_TO_BE_REPLACED

These two topics are two of the top three that we are looking into prophetically here at JerryWDavis.com.  The book I am reading for my subscribers covers prophecies that directly address the earthquake that is coming to  END_OF_DOCUMENT_TOKEN_TO_BE_REPLACED

The patience of Yahuah is long, enduring so much more abuse than we do. People get angry at my Father and call Him no end of wicked names, all because they hate Him and rebel against His perfect commands and teachings. Yet His patience endures, and is exemplified by a small, seemingly insignificant event involving the Mormon church and a significant (and rare) earthquake beneath it.

Everything my Father does is significant, and these so-called “small things” are highly significant.

The Mormons have their main, most revered “temple” in Salt Lake City, Utah, and March 18th an earthquake shook that city, dislodging the false angel Moroni’s trumpet.

They put the name “Jesus” on page one of their demonically inspired “Book of Mormon”, and will tell you all day that “Jesus is savior” and that “Jesus is the son of God”.

But what they will never tell a son or daughter of Yahuah is this: That they believe there is a God above the Father of “Jesus’, and that “God” was a man on “an earth” (another planet).

Mormons believe that the Father, Son, and Holy Ghost are three separate gods. They also believe the Father and Son each have a “body of flesh and bones as tangible as man’s” but that the Holy Ghost “has not a body of flesh and bones, but is a personage of Spirit.” According to Joseph Smith, when Adam was formed in the image of God, it was a physical image. God the Father was once a mortal who lived on an earth. He died, was resurrected, glorified, and grew into his deified status. (According to Joseph Smith, there is a “God above the Father of our Lord Jesus Christ.”)

Where do they get this blasphemy?

The “angel” Moroni spoke the words to Joseph Smith, the founder of Mormonism, and Smith described this fraud Moroni as

…an “angel of light” who “had on a loose robe of most exquisite whiteness. It was a whiteness beyond anything earthly I had ever seen .… His hands were naked and his arms also a little above the wrists .… Not only was his robe exceedingly white but his whole person was glorious beyond description”.

Joseph Smith must not have read the “And no wonder, for Satan himself masquerades as an angel of light.” in 2nd Corinthians 11:14.

Had he been a faithful son of Yahuah, he would not have been deceived by Ha Shatan, the satan, the adversary, the enemy.

The Mormon religion follows the doctrines of devils, no matter what they do or say to deceive you into swallowing their devils doctrines.

Mormons Elevate Their Doctrine Above Yahuah, Just As The Catholics Do

These words are Satan’s own words from his own mouth.

“most reliable way to measure the accuracy of any biblical passage is not by comparing different texts, but by comparison with the Book of Mormon and modern-day revelations.” The KJV is the LDS church’s official English Bible, though it has been foot-noted in a way that interprets the meaning to compliment LDS doctrines.

That said, I find it a supreme act of patience that Yahuah knocked the trumpet from the hands of Moroni when He willed the earthquake beneath the main temple of the devilish religion of Mormonism.

There is only One GOD, and His name is Yahuah.  The first trumpet is about to blow, and it will be blown the instant Yahuah determines. The trumpet of Yahuah is the only trumpet that matters.

There are seven trumpets blown, covering the seven seals.  My point here is this: That first trumpet is a major event, far more significant than this puny corona virus.  This virus is a small thing.  Its financially disruptive, for sure, and there might be a world war on the heels of this virus, but its nothing compared to the Trumpet judgement of mankind on earth at the end.

Paul also teaches us that we will be here until the end.  Some, of course, will die and be resurrected.  But all of dead who died saved, and all of the living who are saved will all be here at the end when Yahusha arrives with a shout and calls His own to Him.

“16 For the Lord himself shall descend from heaven with a shout, with the voice of the archangel, and with the trump of God: and the dead in Christ shall rise first:17 Then we which are alive and remain shall be caught up together with them in the clouds, to meet the Lord in the air: and so shall we ever be with the Lord.

So there it is – the dead in Christ rise first, as is fitting, followed by the living saved.  But are these living people saved during the tribulation? Did the followers of the Way get removed from the earth prior to the first trumpet?

“Immediately after the tribulation of those days shall the sun be darkened, and the moon shall not give her light, and the stars shall fall from heaven, and the powers of the heavens shall be shaken: And then shall appear the sign of the Son of man in heaven: and then shall all the tribes of the earth mourn, and they shall see the Son of man coming in the clouds of heaven with power and great glory. And he shall send his angels with a great sound of a trumpet, and they shall gather together his elect from the four winds, from one end of heaven to the other. Matthew 24:29-31