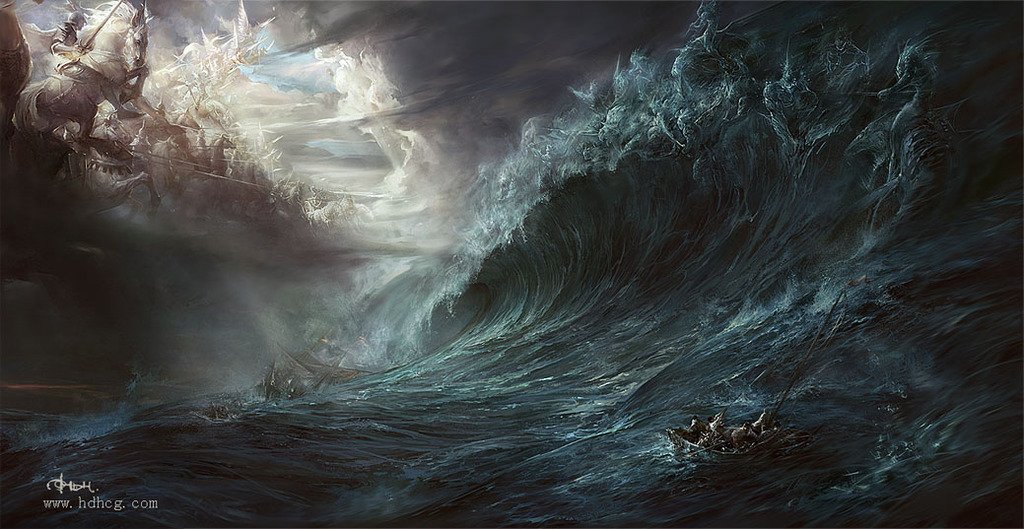 This makes His statement “I and the Father are one” uniquely powerful in that Yahusha states that He and Yahuah are of one single mind, that Yahusha only does the Will of Yahuah. Beautiful stuff.

In America, we are not so in agreement. In America we argue constantly, throw bricks, burn buses, sue in court, and more. We are not in agreement because we the people have turned our backs to Yahuah. We deny Him, disobey Him (and obey ha shatan) and do every evil under the sun.

Marriages are exactly like our political situation. Just as Americans have denied Yahuah, so do marriage partners. One or both partners will deny Yahuah and claim self. Yahuah is denied. He is rebelled against in so many ways it dazzles the mind.

Satan did not want Adam, Eve and Yahusha to SIN. His objective is to get Adam, Eve, Yahusha (when He was human), you, me and our families and friends to DISOBEY Yahuah.  The idea “disobedience to the commands of Yahuah” was defined by the Greek translators with the Greek word “sin”.  That is his only goal – plain old disobedience, for disobedience is rebellion, and rebellion requires death. The satan wants to force Yahuah into a position where Yahuah has to destroy His ‘masterpiece’, for whom Yahusha died, for whom paradise is waiting.

The satan hates Yahuah, you see. This adversary loves death and he wants to force Yahuah, by keeping His Word, to have to condemn to hell BILLIONS of human beings who disobeyed the Words.

The turmoil we see in America and the world is simply a reflection of the rebellion of mankind against Yahuah’s commands. All tattooed up? You blatantly “in your face, god!” rebel against Yahuah. Do you disrespect your husband? Be honest. Respect is obvious when it exists. Ask your husband if he thinks you treat him respectfully. You cannot serve both Yahuah and mammon.

In Greek, mammon or mammonas refers to money or material riches in a way that suggests avarice. During the Middle Ages, mammon was viewed as demonic as feudal lords took advantage of the peasants around them. Even today, we think of mammon as having an evil focus on the things money can buy. Mammon even plays a role in the game of Dungeons and Dragons as the devil that rules over one of the nine layers of hell. The demon is the personification of greed and lust.  http://www.blogos.org/exploringtheword/GG-mammon.php

Serving “mammon” then means rebellion against Yahuah, and reliance on self to choose whatever path satisfies the rebels’ lustful desires, plain and simple.  You cannot serve both Yahuah and Yourself.  We cannot be both self-serving and also serve Yahuah.  We will, as Matthew 6:24 states, either love one and hate the other, or be devoted to one and despise the other.

How many wealthy Torah-observant brothers or sisters do you know?  I do not know any, as Torah keepers are not worldly people, and generally have little interest in the world.

If there is an anti-christ in your circle of friends and family, you must make a decision – either to drive that wicked man or woman from your midst, or drive Yahuah from you, because you cannot possess both good and evil.  I mean wicked, not merely weak in faith or even unsaved, but vile, hateful, cunning and malicious.

There are wicked people all around us, wicked, lying, poison-dripping wolves in sheep’s clothing.  Maybe you have a sister or brother, mother or father who drip drip drips poison into your mind, always using subtlety to drive wedges between you and a true son or daughter of Yahuah.  These ghouls are masters of deceit, doing all to draw close to their victim, evincing the most innocent of friendships in order to draw close and destroy, manipulate and control.

These ghouls look like normal people.  They walk, talk and comment like normal people.  But if you listen and sort through the statements the ghoul makes, you will easily discern intent based on the barbed darts of criticism of others, especially of followers of Yahusha.  Like vampires run from sunlight, these wicked run from holiness.

There is a vein of hatred running through these people.  I know one woman, a perfectly elegant looking old woman who for all appearances looks like even an exceptional person.  But she watches only murder on her TV, in total darkness, throughout the day and night.  One after another, one murder on top of another.  She loves death and is a wicked person.  I stood in her front door one afternoon to check on her (she is rather old), and just while we were talking at the door, I saw two horrifying murders on her TV.  When I commented on how bad that was to watch, she told me of a third that she saw earlier the same day, explaining in detail how it took place.

Morbid interest in death? Yes, for sure.  Does she fit the definition (obviously she is not a phantom nor does she likely eat human flesh)?  Yes.  In fact, there is a ‘nastiness’ about her that I can feel in my body.  Its a spiritual energy that is my enemy, and I cannot deny it. She is evil.

(LITV)  But he who sins against me does violence to his own soul; all who hate me love death. Proverbs 8:36

You see?  The Word states plainly that people who love death, hate Yahuah.  If one hates Yahuah, what spirit is manifested in that one?  Is it normal for a person to hate Yahuah?  Sure, most people ignore Him, but how many do you know who overtly mock Yahuah?  The old woman of whom I speak does mock, but not around me.  She nibbles around the edges of my family, like a rat in the dark.  She tells my children to lie, to deceive.  She offered to let my 10 yr-old son watch Harry Potter, and he replied that he could not watch it because I forbid it.  Her response? “Watch it when he is not around.”

This is the same one who got in trouble at school for the “marijuana”, which turned out to be a cigarette butt he dumped the tobacco from into a sprinkler head and took into the school to let his classmates smell.  The school apologized to me and my son just got accepted into the best military/Westpoint/Annapolis prep school in Texas.

It is easy to discern who hates Yahuah, usually.  Very often, one can literally feel the hatred radiating out from a person, especially if you begin to mention Yahuah, salvation, forgiveness of sin and that sort of thing.  One can also feel the joy of a believer in the same fashion.  A “believer” is one who obeys the commands of Yahuah, not one who thinks they are saved because they think they are saved.  Obedience is worship.  Obedience is evidence of salvation.

I know a woman who told me that she has “a sweet relationship”‘ with Yahusha, and that she is just fine, though she seems to have lost her bible many years ago, never seems to pray, never speaks His Word, and never exhibits any evidence of any faith at all.

You know what?  Believers will be obviously obedient to the Word.  They will read the Word, and they will love obeying the commands of Yahuah.

If you are kind of swallowed up by the dead around you, take action and get away from them.  If you are married to the dead, that is a tough situation, but it will not always be so.  Remain true to Yahuah and your unsaved mate will either turn from wickedness, or turn from you.  And what does the Word say about unbelieving spouses letting go of believing spouses?

1Co 7:12  But to the rest I say, not the Lord, if any brother has an unbelieving wife, and she consents to live with him, let him not leave her.
1Co 7:13  And a woman who has an unbelieving husband, and he consents to live with her, let her not leave him.
1Co 7:14  For the unbelieving husband has been sanctified by the wife, and the unbelieving wife has been sanctified by the husband; else, then, your children are unclean, but now they are holy.
1Co 7:15  But if the unbelieving one separates, let them be separated; the brother or the sister is not in bondage in such matters; but God has called us in peace.
1Co 7:16  For what do you know, wife, whether you will save the husband? Or what do you know, husband, whether you will save the wife?

We are to remain in the relationship, but if the unbelieving partner chooses to go, let him go because we are “called to peace.”

A house divided against itself will not stand; it will fall.  We must either love Yahuah, or hate Him, and there are living ghouls among us who look just like regular people but who are in fact lovers of death and haters of Yahuah.  If you are married to a dead soul yet you love Yahuah, remain where you are because you are the light for the dead to see.  But if that dead soul wants to leave, let him go.  You do not know that you will ever save that person, and you are called to live in peace with Yahuah.

Brothers and sisters, no matter what trial we face, eventually that trial will end.  We all deal with trials of various kinds, and most of us have very similar experiences.  We will make it.  We might not care too much for the road, but the journey is magnificent and the destination is worth any price.

Let us pay that price, shall we? And in these days, one might reasonably suspect that the closer one gets to the Way, the greater will be the battles against darkness.  Remember Revelation 12 – ha shatan ONLY comes to destroy those who have the testimony of Yahusha, and who keep the commands of Yahuah.

Obviously, plainly and clearly the adversary, that fallen cherub and murdering liar has you in mind specifically.  You and others like you are his ONLY targets.  He has everyone else already, it is the Natsarim, those of The WAY that he seeks to break or kill, because we are the only people on earth who accept the salvation of Yahusha and endeavor to obey the commands of Yahuah.

If the fight is not close to you, you are not much of a threat 🙂  Be a threat, and understand the fight.