This fellow is not a follower of Yahusha, but he is still an intelligent man.  An Australian who can see the hand writing on the wall.  He’s right.

Notice how the words “inhuman”, “not human”, “inhumane”, “alien”, demonic”, “demon” keep coming up in videos about the direction and management of the world.

It is inhuman, and is in fact AI.  The question is, who’s AI is it?  I suppose it’s Satans’ AI.  He is a finite creature, a created being who arrogantly decided that he is better than Yahuah and deceitfully convinced 1/3rd of the angels in heaven to join his attack on Yahuah.  He is persuasive, for sure.  I cannot imagine what he could have told those angels who joined him that was powerful enough to get 1/3rd (.333) of the angels to join him, leaving 2/3rds (.666) of them to stand with Yahuah.

“Aliens” are not alien, and have been here under the earth for ages.  I think that, like Dracula, they hate sunlight.  Are they demons?  I do not know.  Maybe.  Probably.  Are they fallen angels?  I don’t know.  Yahusha went to visit the fallen angels locked in dungeons beneath the earth after He was crucified, so if He visited them locked up, who are the “aliens”?

Robots maybe, or (and this just entered my mind) the disembodied spirits of the Nephilim taking residence in robotic bodies.  This makes more sense to me.  It also reminds me of the CIA’s attempts to separate souls from bodies.

See, the Nephilim were neither human nor celestial/of heaven.  They were an illegitimate hybrid race of beings, giants qualified for neither heaven nor hell.  They cannot be saved, and subsequently cannot be lost.  So they wandered the earth, possessing people, hating, destroying lives – ghosts, if you will, or demons.

In fact, 1 Enoch even discusses this same topic.

So what would Satan do with all these evil spirits?  He needs help, right?  He is finite and his fellow fallen are in dungeons beneath the earth, so he does what makes perfect sense – he gathers up the spirits of the Nephilim who wander the earth and gives them machines, robotic devices, to inhabit.  Aliens, if you will. 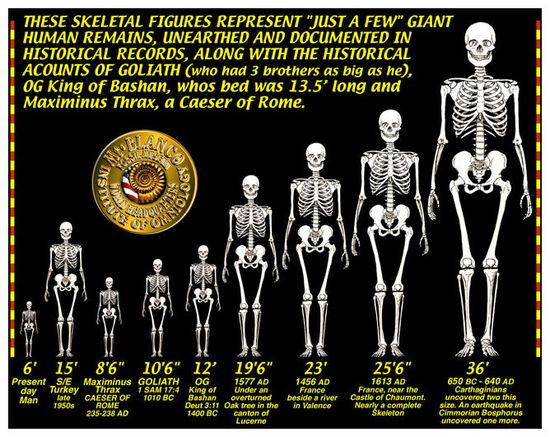 This will easily explain why the “aliens” are so strong and so wicked.  Watch the movie “Fire In The Sky”, a true story, and tell me those aliens are not demons, the embodied spirits of the Nephilim, who are exceedingly wicked.  Go ahead, try.

It will explain how they shape shift from alien to human, because angels can shape shift from angel to human.  Nephilim could have inherited that unique ability from their fathers, and an alien’s body is an organic machine just like your body is an organic machine.  Obviously I do not know the technology that Satan uses to cause these organic bots to change form, but he is a great imitator of Yahuah’s work and angels can change their form.  They can also enter dungeons unseen and apparently through walls, as in when Peter was freed by an angel in the dungeon.  Yahusha walked through walls and on water.  Peter stood on water.  So yes, it is perfectly plausible that Satan built organic machines for the fallen spirits of the Nephilim to inhabit.

Then he gave them networking capability through the “alien brain” and access to AI via that same network.  Real-time reporting and control over many thousands of key human personnel in high places of government, finance and war.  All fed into an AI system that is the best on earth, with direct feedback to all necessary personnel as to the changes in plan or opportunities just created.

That’s my story and I’m sticking to it.  Don’t ask me how I know.

It worked that way with Covid.  Every time there was a clear and important revelation that broke the Covid narrative, the invisible “other side” responded with more Covid fear mongering, never stopping.  Even today, when even house plants know that Covid is a dud, people still wear masks, still demand vaxxes, still get fired for being healthy, etc.  The reactions of the wicked to truth are immediate and coordinated.  The push is on now.

It isn’t going to stop, and this satanic takeover will only end with Yahuah on the earth.

The speaker in the video stated that the only use for governments was to protect us from other governments .= Wrong and naive
Governments provide a infrastructure Water, sewer, roads and the like.
Sadly most people don’t mind stealing other peoples water / Law enforcement. I am trying to get at the fact that things are not that
simplistic in this world because not everyone follows Torah.
Peace and Shalum

They CAN take human consciousness and put it into a clone. Research Daniel Marshall.

I found a Donald Marshall at this youtube address: https://www.youtube.com/watch?v=NCah5np9IHE

Wow.
I would not believe him except I have experience that I’m pretty sure no one on earth has had and I don’t want to discuss it. But this guy Donald Marshall is believable. His story is incredible, but he is believable.

Anyone else reading this .pdf or watching the video, two things: the document has information on there that I know and can personally vouch for. Not much, but enough to keep me interested. The video is rather convincing. If what Donald Marshall says is true, this would easily explain how the anti-christ figure receives the “mortal headwound” and survives alive shortly after he is shot or blown up or whatever kills him.