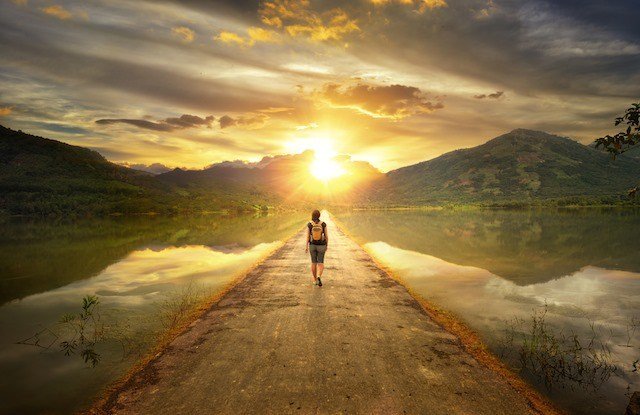 Everything in the Words is pure and clean and righteous and perfect.  The scripture in the title explains why the faithful are in such physical pain over these last days.  First off, we follow the Words.  We praise our Good Father.  We love His Words and we love our neighbor.  But we strike out when blasphemers dishonor Yahuah and denigrate His Words.

We together are the Natsarim.  Individually, I and those like me are Natsari.  Others like us were of the Way during the beginning of the fellowship of those who accepted Yahusha and lived by Torah.  That was the “sect” for which Paul was executed for being a member of.  Its in your bible.  Acts.  Look it up.

Jerome  (SophroniusEusebius Hieronymus) acknowledged the existence of the Natsarim, and had contact with one of them who validated the meaning of “He shall be called a Natsari” (from Mt. 2:23).  The Natsari who spoke with Sophronius/Jerome was quoting from a text he referred to as the apocryphon of YirmeYahu (Jeremiah):

The quote from Jerome attests that Natsarim actually existed during the 4th century, and that there may still be “lost scrolls” yet to be discovered, such as the one Jerome described:

“Recently I read in a certain Hebrew book
that a Hebrew from the Natsarim sect brought to me,the apocryphon of YirmeYahu, in which I found this textwritten word for word.”
(Jerome; Commentary on Matthew 2:23)

We were given the commission to teach all nations to obey all that we were commanded to obey.  We occupy our post, protecting that we were commissioned to cherish.   The thing we guard is not only discarded as rubbish by most, but it is the reason we are so despised.   The term for us is commonly misspelled “Nazarenes”  (NATSARIM).  We are a sect named after the original followers of Yahusha of Natsarith (see Acts 24:5).

For we have found this man a pestilent fellow, and a mover of sedition among all the Jews throughout the world, and a ringleader of the sect of the Nazarenes:

You can see it now in the world.  The world has a seething hatred for everything we stand for.  Their seething hatred is beginning to boil.  Soon enough, the dragon will incite the whole world to seek us out.  It is coming.

Don’t think that you are going to escape the snares.  We will be brought before judges and governors world-wide to testify as to who we are and what we believe.  Many of us will be executed.  Maybe all of us although I do not think so.  There will always be a remnant, like glowing embers of a former fire, to rekindle the flames of Truth.

Pro 28:4  They that forsake the Torah praise the wicked: but such as guard the Torah contend with them.

So you see from 28:4 the utter totality of wickedness in the world, for all will forsake Torah except for the few who keep His Words and testify to salvation.

Rev 14:12  Here is the patience of the qodeshiym: here are they that guard the commandments of Elohiym, and the faith of Yahusha.
Rev 14:13  And I heard a voice from heaven saying unto me, Write, Blessed are the dead which die in Yahuah from henceforth: Yea, says the Ruach, that they may rest from their labors; and their works do follow them.

We will be hunted and persecuted, and you are free to use whatever force is necessary to defend yourself.  Or you may simply surrender and go before the rulers and judges to give your testimony of Truth and Salvation.  Both are acceptable paths.

So the wicked grow in number every day specifically because they reject Truth, which is Torah.  Most of them have no idea that they reject Torah, they simply reject the good which Torah creates.  Torah teaches us how to walk as Natsarim, how to love our neighbors, how to live in peace, how to be fair in our dealings with everyone, how to be holy, how to avoid sin, how to become and live as righteous people.

Torah teaches us how to be like Yahuah, and Satan hates that the most of all things.  We are the people of Truth.  We will stand before kings and governors.  We are hated by the world and our righteous words are despised by even some in our own families.  We are a called-out people.  We are members of a sect called “Natsarim”, and we were destined from the creation of all things to stand in the Way at the end of man’s time.

Pro 28:4  They that forsake the Torah praise the wicked: but such as guard the Torah contend with them.

Rejoice in your holy power.  Take comfort in your growing strength.  Be utterly fearless among the howling dogs who bark and drool in their bitter hatred of that which is good.  Yahuah has given you great strength.  You are like a mighty lion, unafraid of the living dead.  You are an iron beacon of light, immovable, unbeatable.  Powerful and glorious in the sight of He who made all that is made.

We are the army of His light. We get to expose the darkness, maybe even in front of Governors. May we first repent and then may our cities, counties, states and country follow in repentance. Is judgement upon us?

Buckets and buckets of it.