Excitement builds as the evidence and proof that very many of Bidens “votes” were fake.  The next few weeks are going to be tremendously exciting.  The evidence is so overwhelming that I have a big, happy smile on my face knowing what is in store for the left.They are soaking in the sunshine today, simmering in the savory broth of what they believe to be a successfully stolen election.  The media is in a hurry to “get her done”, as Larry The Cable Guy used to say.  Stampede the masses into the new Biden/Harris reality like they stampeded them into the worthless kneelers masks.

But in a few weeks, as Bidens’ “victory” washes away like the beach in a hurricane, the antifans, the BLM’rs, the college Professors, the effeminate liberal media and all other leftist losers are going to lose their minds.  That’s when the explosions will begin.

They will scream about the Supreme Court, for sure.  They will go mad with rage because they were proven to the whole world to be the lying scum we already know they are.  It will be a crazy time, and lots of people are going to die.

Dana Coverstone (and here) had a dream where Kamala Harris was driving a team of horses from a Conestoga wagon with Biden on the front, left-side horse.  I think it was his November dream, a dream about the month of November.  In that dream, Trump was shot at three times, and three Secret Service agents took the bullet, one each time.  Harris had boxes of dynamite in the wagon behind her, throwing bombs out as she chased Trump in that wagon.

Trumps response to Biden’s claim that he won the election… 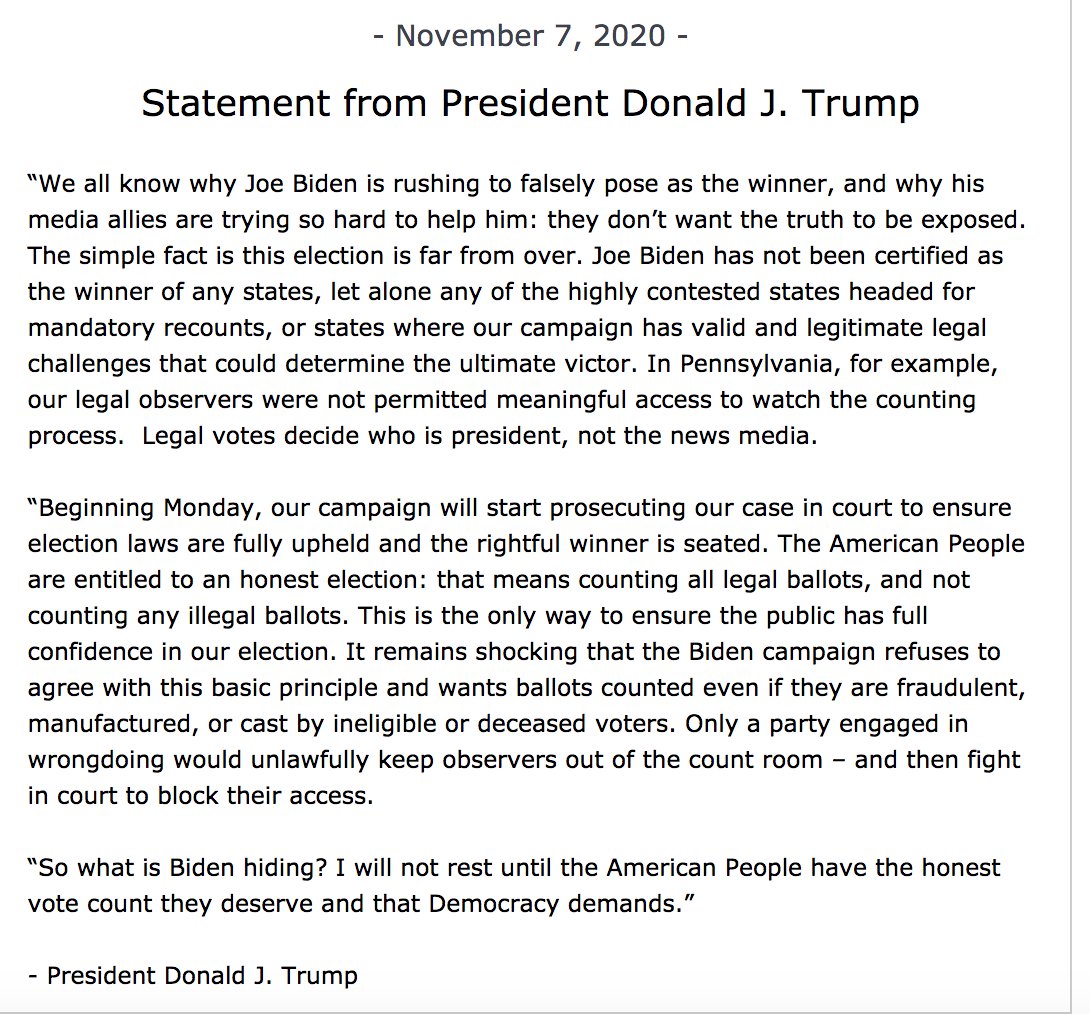