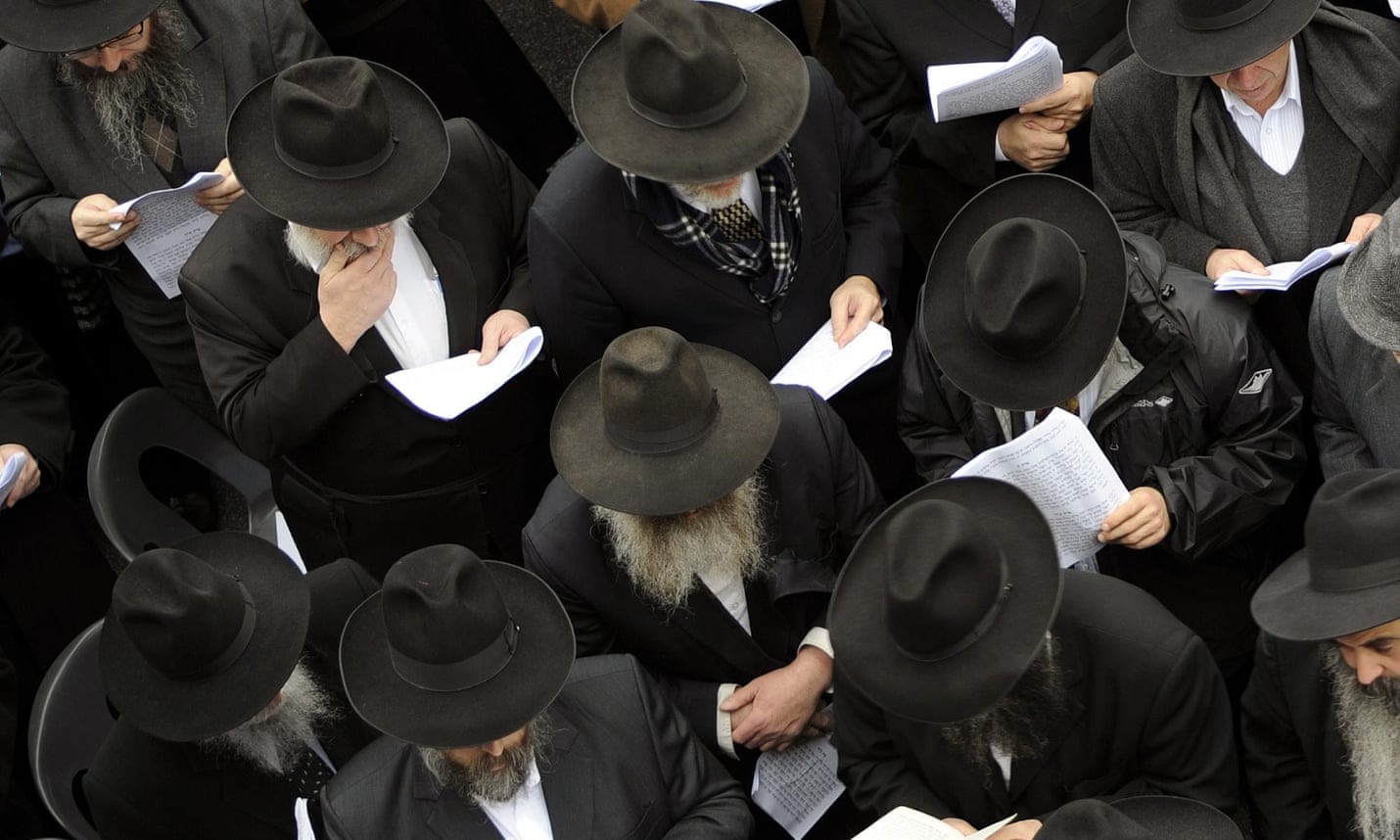 The war against Truth is coming from Israel.

The resolution calls on elected officials, faith leaders and leaders in civil society to use their positions of authority “to condemn and combat any and all manifestations of antisemitism.”

The resolution also calls for “amplifying and ensuring” that the U.S. takes a lead in fighting global antisemitism, specifically urging cooperation with the U.S. special envoy to monitor and combat antisemitism, along with international governments and parliaments.

Additionally, the resolution calls on social media platforms to step up efforts to address antisemitism while still safeguarding free speech concerns and encourages taking “all possible steps” to bolster the security of Jewish institutions and groups in the U.S., among other provisions.

(3) Both the Department of Justice and the Department of Education have properly concluded that title VI prohibits discrimination against Jews, Muslims, Sikhs, and members of other religious groups when the discrimination is based on the group’s actual or perceived shared ancestry or ethnic characteristics or when the discrimination is based on actual or perceived citizenship or residence in a country whose residents share a dominant religion or a distinct religious identity.

The new American Anti-Semitism law will punish all who speak out against the Noahide Laws.  JerryWDavis.com will be banned and it’s server taken offline for revealing the facts and truth about the snakes in the Sanhedrin.

You will not be permitted by LAW to speak the truth against the Babylonian Talmud, a satanic blasphemy written by unsaved Jewish anti-christs.

You will not be allowed to speak against satanic Noahide Laws, which require all non-Jews who worship “Jesus” or who study Torah to be beheaded. Yes, that is correct. You will be decapitated for worshiping Yahusha because worshiping Yahusha is “blasphemy” (see #16 down the linked page.  This was removed from the Noahide site but I already had this screenshot of it years ago…) and blasphemy is a capitol offense.

And remember my vision of the sword coming to the earth? The Rabbis predict their own demise.

It is the Rabbis who teach Torah not in accordance with Yahuah’s LAW.

Leviticus 24:22 – New International Version
You are to have the same law for the foreigner and the native-born. I am the LORD your God.'”

Exodus 12:49 – New International Version
The same law applies both to the native-born and to the foreigner residing among you.  One Law for all.”

Searching for the word “execute” in some of the Noahide writings, I found it fifteen times.  Here are a few meant just for you…

Also, unlike Jews, the Noachid (non-Jew living under Noahide law) is not entitled to an official warning for their first transgression of the law. Noachids may be executed if they blaspheme even using a substitute for the name of god, but Jews must use the full official name of god when blaspheming to be condemned to death. Condemning someone to death for not following Jewish religious law is extreme and has nothing to do with American law. Also, there is an obvious inequality before the law, non-Jews are put at a disadvantage under Jewish Noahide Law in regards to trial and execution. Why has this law been enshrined in the US Federal Government?

The Talmud, not Torah is Judaism’s holiest book. Its authority takes precedence over the Old Testament in Judaism. Evidence of this may be found in the Talmud itself, Erubin 21b (Soncino edition):

“My son, be more careful in the observance of the words of the Scribes than in the words of the Torah (Old Testament).” – Like the blasphemous Catholics, Rabbis put the words of men above the words of Yahuah.  Satan holds the very same point of view as the Rabbis and Priests – their words over Yahuah’s Words.

Britains Jewish Chronicle of March 26, 1993 states that in religious school (yeshiva), Jews are “devoted to the Talmud to the exclusion of everything else.“ There is a small Jewish sect which makes considerable effort to distance from Talmud and abide by  the Old Testament alone. These are the Karaites, a most hated and severely persecuted group within Judaism.

The Talmud specifically defines all who are not Jews as non-human animals, and specifically dehumanizes gentiles as not being descendants of Adam. I will list some of the Talmud passages which relate to this topic:

Note: Translations: The translators of the Talmud sometimes translate the Hebrew word goyim (Gentiles) under any number of terms such as heathen, Cuthean, Egyptian, idolater etc. But these are actually references to Gentiles (all non-Jews).

“The Jews are called human beings, but the non-Jews are not humans. They are beasts.”
Talmud: Baba mezia, 114b

“The Akum (non-Jew) is like a dog. Yes, the scripture teaches to honour the the dog more than the non-Jew.”
Ereget Raschi Erod. 22 30

“A pregnant non-Jew is no better than a pregnant animal.”
Coschen hamischpat 405

“The souls of non-Jews come from impure sprits and are called pigs.”
Jalkut Rubeni gadol 12b

“Although the non-Jew has the same body structure as the Jew, they compare with the Jew like a monkey to a human.”
Schene luchoth haberith, p. 250 b

“If you eat with a Gentile, it is the same as eating with a dog.”
Tosapoth, Jebamoth 94b

“If a Jew has a non-Jewish servant or maid who dies, one should not express sympathy to the Jew. You should tell the Jew: “God will replace ‘your loss’, just as if one of his oxen or asses had died”.”
Jore dea 377, 1

“It is permitted to take the body and the life of a Gentile.”
Sepher ikkarim III c 25

“It is the law to kill anyone who denies the Torah. The Christians belong to the denying ones of the Torah.”
Coschen hamischpat 425 Hagah 425. 5

“A heretic Gentile you may kill outright with your own hands.”
Talmud, Abodah Zara, 4b

“Every Jew, who spills the blood of the godless (non-Jews), is doing the same as making a sacrifice to God.”
Talmud: Bammidber raba c 21 & Jalkut 772

More to come.  I’m not done yet. On my mind is the possibility that the Red Dragon is Rabbinical Israel.  The Red Dragon comes specifically to kill those who have the testimony of Yahusha and keep the commands of Yahuah.  Keep Torah and are saved through “Jesus”.  The very ones these Talmudic devils are sworn to kill.

I have in mind that Israel is going to be THE PLACE IT ALL COMES OUT OF! Maybe I’m @ the back of the queue here, but I’ve come to the conclusion that israel isn’t as squeaky clean as they appear?! Don’t get me wrong I love Israel & the people, but there is a ‘group’ of people who run the show. Would I be right in thinking that the Ultra-Orthodox are the Kazarian Mafia? They hold considerable sway in polity that goes through. It will be them, as well as the pope, that are pushing the Noahide Laws. I first heard about these a few years ago from Steve Ben Nun. As is said, Jesus knew full well who & what they, Sanhedrin, were & these are the defendants. I also find it a shame that israel has turned their back on G-d, who is our sustainer. I have through that it will take israel to be down to their last bullet that will get them to call out to G-d for help. It is to come after the 3rd temple has been built & Israel is Invaded, then everything will start? Correct me if I’m wrong in my suppositions. Bless

Hi Gill. I agree with you that Israel will be the epicenter of the dragon. There is no way to determine with certainty that there are any Hebrews in Israel. None are genetically related (except family members, of course.) This Noahide bondage is a perfect tool for persecution, for the assault on the righteous by the red dragon, and for decapitation of the faithful. The Noahide laws forbid the worship of Yahusha, with the death penalty for worshiping Him. It forbids Torah study, forbids the use of the name of Yahuah – pure satanism from the satanic, talmudist rabbis.

Man, this is some heavy stuff. I don’t think I am ready to completely absorb it. Pretty much anyone who comes to behead me or my family or friends or brothers or sisters of Christ, I will then fight with the sword only to die from it. I am ready to bleed and die for truth. But a fight this will happen. I’m not going down voluntarily.

Don’t worry about it, David. I have walked a good walk with Yahuah for a long time, and He is a very merciful, loving Al. He is good. Do not fear these times.

Thank you for sharing!

Thank you for thanking, Lanah 🙂