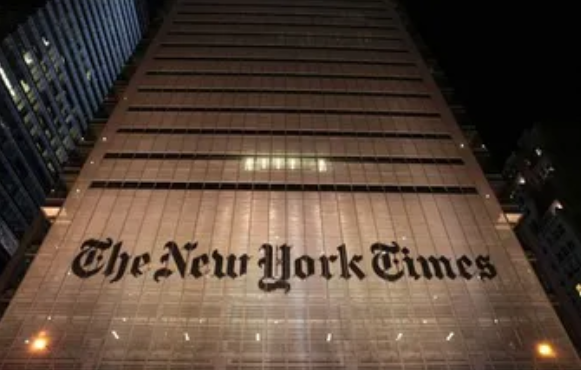 The New York Times ran an opinion piece yesterday in honor of Passover.  The New Your Times article concluded that “God” is one best forgotten.  Its just another spitting in the face of Yahuah by the devils who run the world.  The Jewish author concludes with the statement

“Killing gods is an idea I can get behind.”

The article is for subscribers to the Times only.  They put articles like these behind pay walls because they know that they can make money from people who will pay to read anything that denigrates Yahuah.  I don’t pay the New York Times for their trash, but I will take whatever I want from them or any other source which is an enemy of Truth.

So I took this: 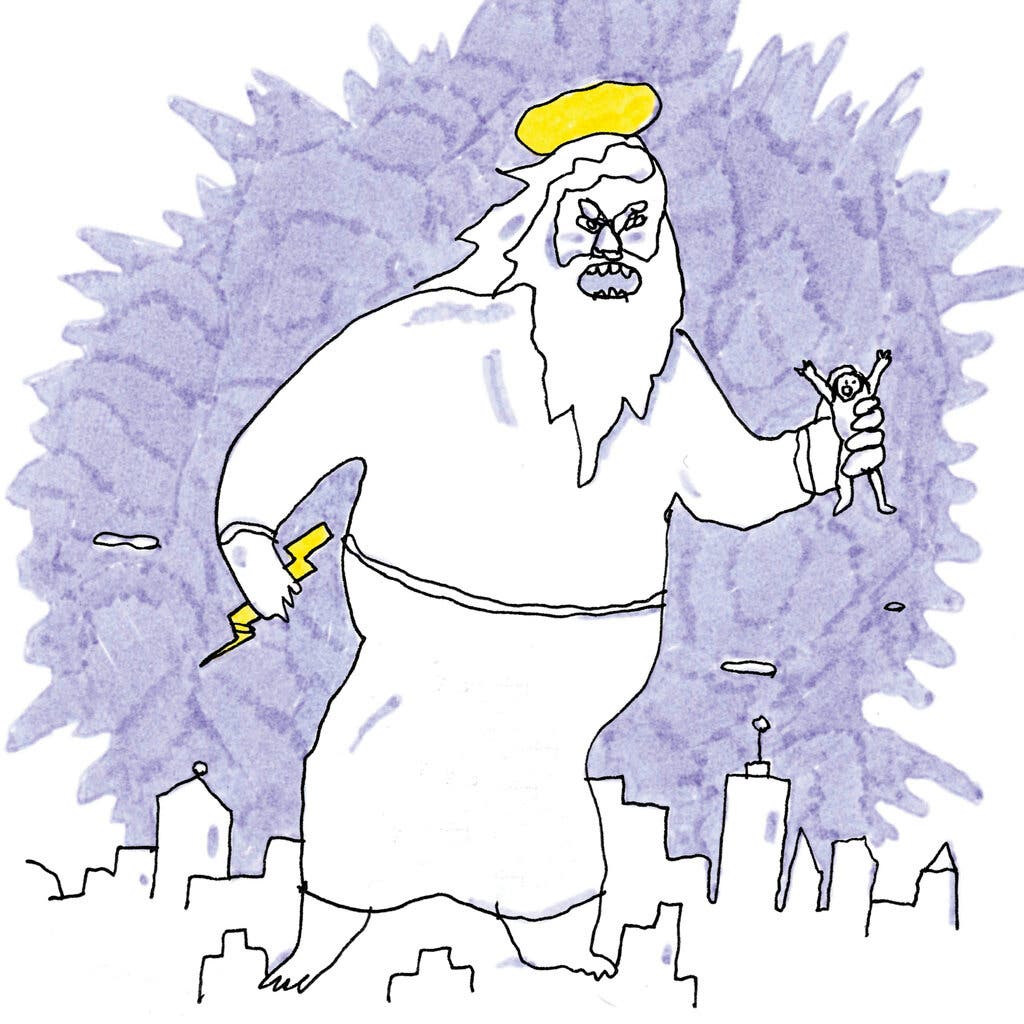 Opinion | In This Time of War, I Propose We Give Up God

“This weekend, Jews around the world will celebrate the holiday of Passover, the name of which comes from the story of God passing over the homes of our distant ancestors on his way to slaughter the first born sons of evil Egyptians. Our forefathers, the story goes, marked their doorposts with lambs blood in order to spare their own sons the awful fate of their enemies.

In this time of war and violence, of oppression and suffering, I propose we pass over something else:

Two aspects of the Passover story have troubled me since I was first taught them long ago in an Orthodox yeshiva in Monsey, N.Y. I was 8 years old, and as the holiday approached, our rabbi commanded us to open our chumashim, or Old Testaments, to the Book of Exodus. To get us in the holiday spirit, he told us gruesome tales of torture and persecution.

The Egyptians, he told us, used the corpses of Jewish slaves in their buildings.

You mean they used slaves to build their buildings, I asked, and the slaves died from work?

No, said the rabbi. They put the Jewish bodies into the walls and used them as bricks.

My father was something of a handyman at the time, and this seemed to me a serious violation of basic building codes, not to mention a surefire way to lose a home sale.

No, no, says the realtor. Thats corpse.

But just as troubling even more so today in light of the brutal slaughter taking place in Ukraine were the plagues themselves.

God, the rabbi said, struck all the Egyptians with his wrath, not just Pharaoh and his soldiers. Egyptians young and old, innocent and guilty, suffered locusts and frogs, hail and darkness, beasts running wild and water becoming blood. Mothers nursing their babies, the rabbi explained, found their breast milk had turned to blood.

But Pharaoh, the story continues, still wouldnt relinquish his slaves. Technically this was Gods fault as he hardened Pharaohs heart, but the issue of free will wouldnt begin troubling me until my teens. And so God, in his mercy, started killing babies.

Everyone? I asked the rabbi. He struck everyone?

Everyone, the rabbi said.

God, it seems, paints with a wide brush. He paints with a roller. In Egypt, said our rabbi, he even killed first-born cattle. He killed cows. If he were mortal, the God of Jews, Christians and Muslims would be dragged to The Hague. And yet we praise him. We emulate him. We implore our children to be like him.

Perhaps now, as missiles rain down and the dead are discovered in mass graves, is a good time to stop emulating this hateful God. Perhaps we can stop extolling his brutality. Perhaps now is a good time to teach our children to pass over God to be as unlike him as possible.

And so God killed them all, the rabbis and priests and imams can preach to their classrooms. That was wrong, children.

God threw Adam out of Eden for eating an apple, they can caution their students. Thats called being heavy-handed, children.

Cursing all women for eternity because of Eves choices?

Thats called collective punishment, children, they can warn the young. Dont do that.

Boo! the children will jeer.

I was raised strictly Orthodox. Old school. Shtetl fabulous. Every year, at the beginning of the Seder, we welcome in the hungry and poor Jews who cant afford to have a Seder themselves. Its a wonderfully human gesture. A few short hours of God later, at the end of the Seder, we open the front door and call out to Him, Pour out thy wrath upon the nations that did not know you!

And God does. With plagues and floods, with fire and fury, on the young and old, the guilty and innocent.

And we humans, made in his image, do the same. With fixed-wing bombers and cluster bombs, with self-propelled mortars and thermobaric rocket launchers.

Why did God kill the first-born cattle? my rabbi said. Because the Egyptians believed they were gods.

Killing gods is an idea I can get behind.

This year, at the end of the Seder, lets indeed throw our doors open to strangers. To people who arent our own. To the terrifying them, to the evil others, those people who seem so different from us, those we think are our enemies or who think us theirs, but who, if they sat down around the table with us, wed no doubt find despise the pharaohs of this world as much as we do, and who dream of the same damned thing as us all:

Shalom Auslander is the author of Foreskins Lament and Hope: A Tragedy. His most recent novel is Mother For Dinner.

And so it goes.  Satan has his followers, more “likes” than Yahuah.  “If you want god dead, hit that Subscribe button, click ‘Like’, and be sure to ring that bell so you will receive the latest hate content from the people who hate god the most, right in your mailbox.  Be sure to share this content with your friends, and for the kids, check out our other channel where this week we feature Lil’ NAS having sex with a toad.  Yes!  That’s right!  A toad.  Whoever could imagine such a thing, but you never know what Lil’ NAS will come up with.  He’s awesome.  Be sure to “mask up” when you watch, you know, the “lil’ devil” mask that only our top viewers get free for only 200 views.  If you want your free “Lil’ devil” mask, just watch 200 videos here and you WIN!  You can watch the same video 200 times if you want, we don’t care!  That’s how much we love you being here.” 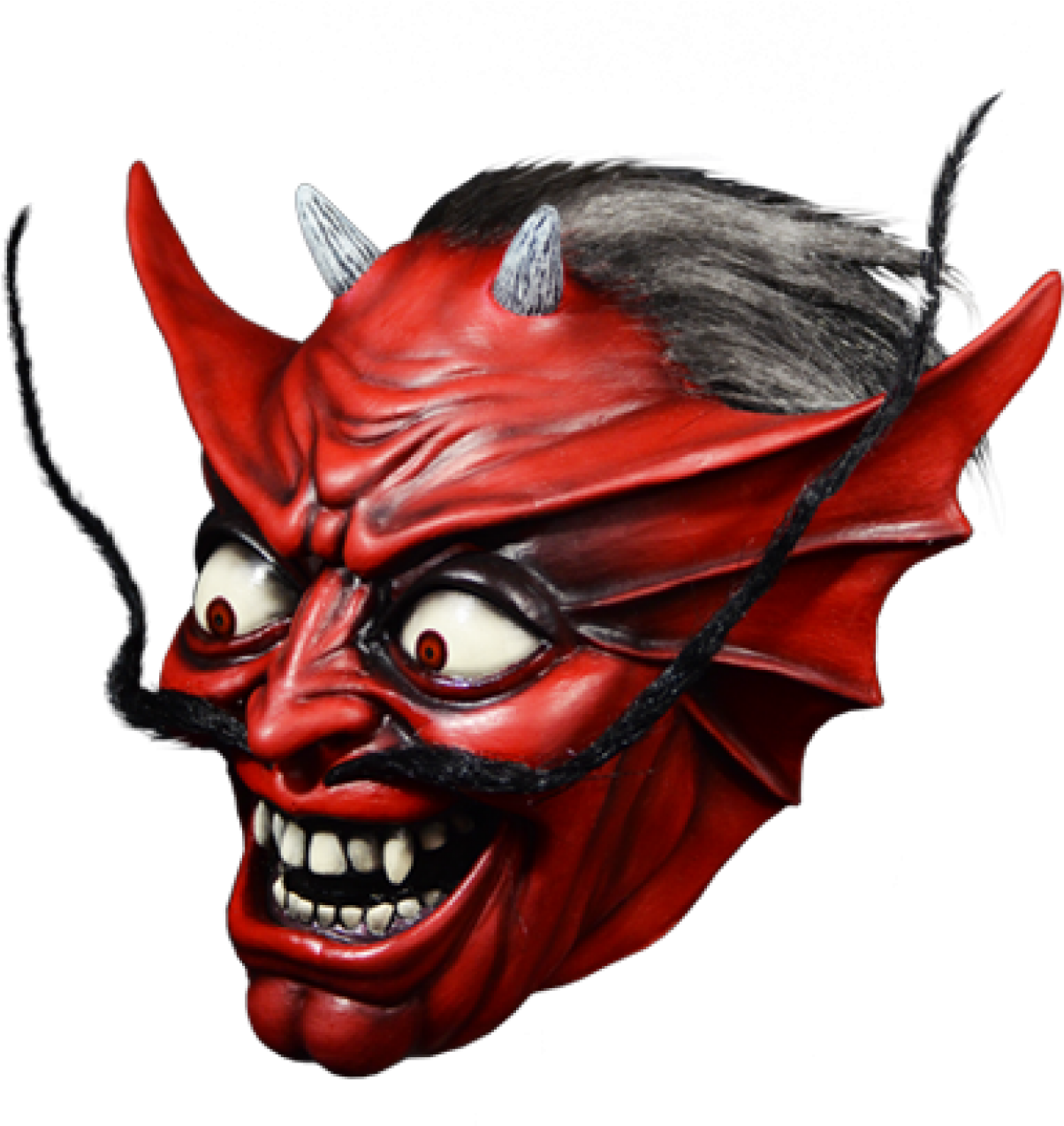 Smh….what can one say! Sigh….yeshiva’s and seminaries…both are schools of deception. Vipers and wolves !
” beware the yeast of the Pharisees- those who say they are jews, but belong to the synagogue of satan – those who are of the seed of vipers.”

I recently watched that Israeli guy who advises ‘satan klaus’ , he is basically pushing the same agenda….but he not only wants to do away with the god above the clouds, but also all of His creation….aka mankind.

This hatred of satan and his fallen ones is way beyond what most people have the capacity to understand……. the majority cant even grasp it…. they are under the delusion that there is ‘good’ in everyone….and that in itself is another ‘great delusion’.

Much shalom and stay strong

I know who you are talking about (the Israeli guy). He is as bad as they come, and he is Klaus’ top “advisor”. The beast system stands and speaks. But the good news is that we are almost at the finish line. We are so close that it is within sight for those who have eyes to see. The good news is that the 4th Seal might be a tipping point. Its certainly an inflection point, being the last of the four horsemen and the gateway to 5,6 and 7. Don’t be surprised if you wake up in a few months, maybe a year and find yourself in paradise with a whole bunch of other Torah keepers 🙂

We are almost there, Kate. Almost there. And we have nothing to fear. Thanks for commenting. – Jerry