Do not let your sons and daughters and nieces and nephews and grand children and any person who might father a child or carry to term a baby GET ANY “JAB”.  The mRNA injections insert spiked proteins into cell nuclei, breaking the bodies ability to repair damaged DNA in the body of the person injected.  Babies in development require massive DNA correction by technology built into the mother’s body, but these corrections will be 90% eliminated by the mRNA  chemicals.

Babies born by injected mothers will almost certainly in large numbers be born with horrifying mutations.  What comes to my mind is the mutation of Jeff Goldblum in the 1986 movie “The Fly“: 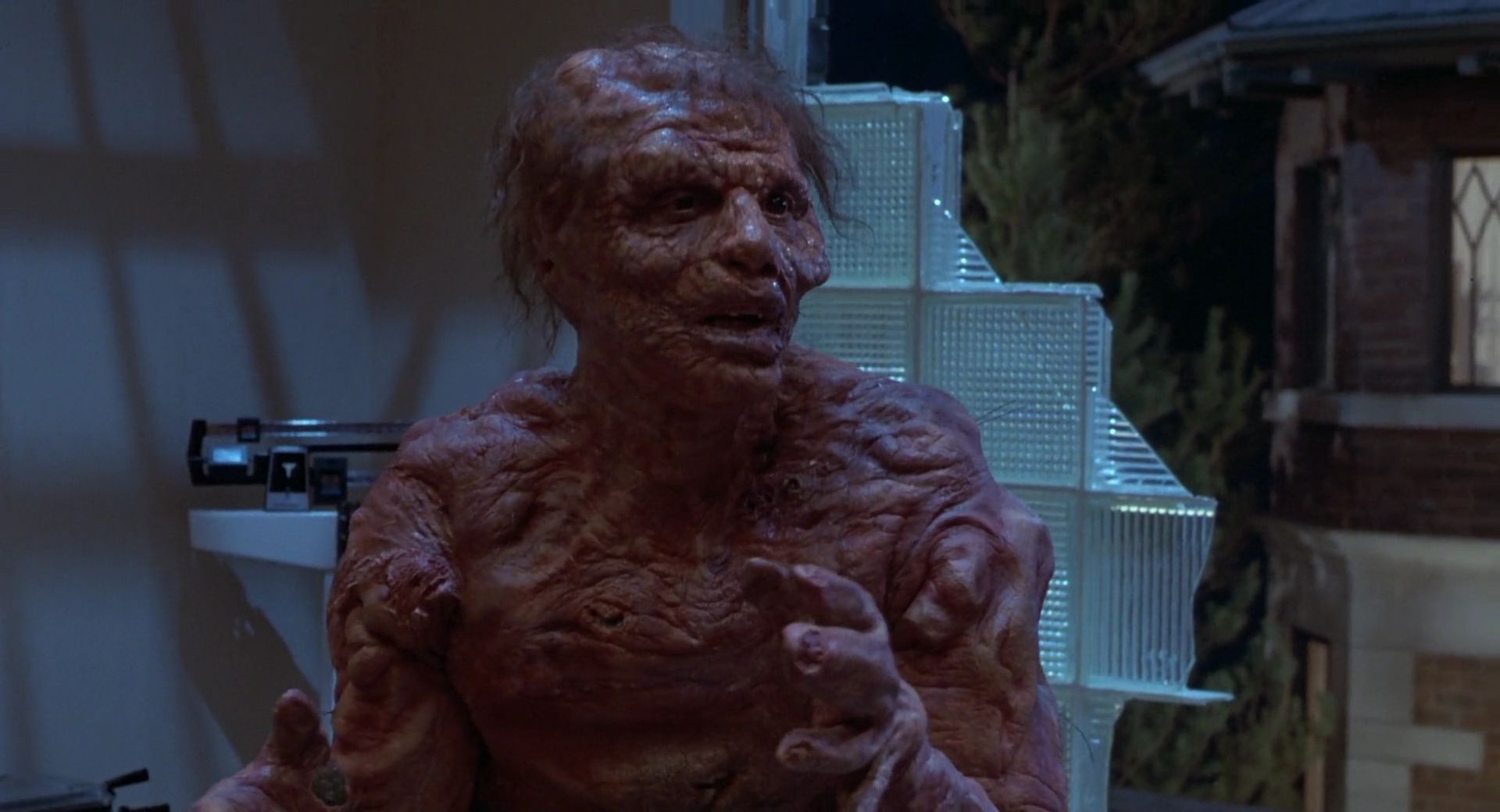 Wait and see.  Adults who took the injections will also start to reflect the broken DNA correction mechanism and their bodies will begin to express those broken corrections.  Maybe not a zombie apocalypse, but possibly an “Altered States” soma type.  (Don’t watch the movie).

Watch for vaccinated people to get sick more easily, more often, and with more serious consequences.  One of my co-workers got two injections three months ago and he missed several days work this week with a “cold”.  His doctor told him it was a cold, and he looked bad this morning.  Another friend who has two injections has gone from a sharp, quick witted individual to much less so, and is aging more quickly.  I can see it happening.

Remember: this is a so-called “experimental” injection and the drug companies cannot be sued.  Specifically due to the government and the CIA-managed mass media in the USA, people willingly rolled up their sleeves and allowed a completely unknown chemistry to be injected into their bodies.  No ingredients are known unless you made the product OR have a Top Secret clearance level 15 (per Ben Nun) or higher and a “need to know”.

Additionally, they are sending different batches to different locations and tracking performance to see which formulations are producing the desired results.  What are the desired results?  I assure you that curing sick people with a free ride into the bloodstreams of billions of people is not what the drug companies want.  They want to own your body and satan wants you to be destroyed, ruined, enslaved.

Last month  I informed my subscribers that they would do this, and it just hit the news wires this very week.  That information and more is in the audio recording above.

Last March I wrote that the objective of the government was to get these mystery chemicals injected into as many people as possible.  Destruction is their apparent goal, not health.

Immune systems of the injected are declining in effectiveness (in the podcast) at about 5 percent per week.  10 weeks = 50 percent.  20 weeks = 100 percent failure of the injected persons immune system.  The common cold, also a corona virus, will them just like it wiped out the indigenous south and central american indians.

From a whistle blower. He described the bioweapon as “the virus is the vaccine and the vaccine is the virus”.

I also heard that they don’t have enough of the virus in them to stimulate a correct immune response thus creating a stronger variant. Kind of like the super bugs created by antibiotic resistance. If this is indeed true, then we will be seeing super viruses worse than the ones we have now.

April, I can tell you that there is no virus in any of the vaccines because no one has any virus to study and replicate. Yes, that is correct – you cannot buy a test tube full of covid-19 anywhere on earth. No one anywhere has a purified virus to study. Why?

There is something in these vaccines spreading. I don’t know what to call it, maybe some kind of parasite or nano-technology. Whatever it is that caused the initial illness these vaccines shed it.