Monkey Pox Was a Table-Top Simulation Only Last Year

Elite media outlets around the world are on red alert over the world’s first-ever global outbreak of Monkey Pox in mid-May 2022—just one year after an international biosecurity conference in Munich held a simulation of a “global pandemic involving an unusual strain of Monkey pox” beginning in mid-May 2022.

Here is a quote directly from the game-planned study results:

The release in Brinia (a fictional nation in this plan) results in 150 initial infections on May 15, 2022, and 10 inadvertently infected Arnicans. By June 1, travel from Brinia has seeded infections in the rest of the world. Elements of national level response were also included in the model using a basic framework of adjusting the contact rate, Beta (which impacts R), to represent the effects of social distancing on transmission (including lockdowns and
stay-at-home orders).

Monkeypox was first identified in 1958, but there’s never been a global Monkeypox outbreak outside of Africa until now—in the exact week of the exact month predicted by the biosecurity folks in their pandemic simulation, and apparently primarily among homosexual males.

Ed Yong, who’s penned dozens of hysterical articles on Covid for The Atlantic including such gems as COVID-19 Long-Haulers Are Fighting for Their Future, Even Health-Care Workers With Long COVID Are Being Dismissed, How Did This Many Deaths Become Normal? and The Final Pandemic Betrayal, is hot on the scene of the new Monkeypox outbreak.

Eric Feigl-Ding is also all over this.

📍BREAKING—The first confirmed case of #monkeypox in the United States this year just confirmed in a Boston individual who recently travelled to Canada, officials said, as concern rises over the spread of the infectious virus in multiple countries, now US.https://t.co/W0OXFYemYT pic.twitter.com/jwJgbJ8G8q

The US Government is hot on the scene with an order of 13 million Monkeypox vaccine doses from Bavarian Nordic.

The WHO is on the scene.

Event 201 was hosted in October 2019—just two months before the coronavirus was first revealed in Wuhan—by the Gates Foundation, the World Economic Forum, Bloomberg, and Johns Hopkins. As with the Event 201, the participants at the Monkeypox simulation have thus far been stone silent as to their having participated in a pandemic simulation the facts of which happened to come true in real life just months later.

One person who was present at both Event 201 and the Monkeypox simulation is George Fu Gao, director of the Chinese Center for Disease Control. At event 201, Gao specifically raised the point of countering “misinformation” during a “hypothetical” coronavirus pandemic.

Here’s Gao at Event 201 right next to our very own Avril Haines, Director of National Intelligence—technically the highest-level intelligence official in the United States. Look at these cuties. Doesn’t that make you feel all warm and fuzzy? Phew. Making Kim Philby jealous.

That said, I won’t sit here and debate wild conspiracy theories that there might be anything unusual about a global pandemic occurring just months after a simulation of a global pandemic of exactly that kind, followed shortly after by the first-ever global outbreak of an even-more-obscure virus just months after a simulation of an outbreak of exactly that kind.

If you want to be a good American and make a six-figure salary—or be friends with people who make six-figure salaries—then do as your government tells you: Sit down, shut up, stay home, save lives, take your shots, show your papers, and muzzle your kids.

What did I tell you about the White Horse Judgement? The First Seal?  Remember?  I told you that there would be a second plandemic, because the rider comes “conquering and to conquer”.  Active present tense and future tense.  Two separate events.  We now have the same mode of operation – a gameplan that initiates the very disease in the game plan in the very month they planned it, almost to the very day that they planned it. 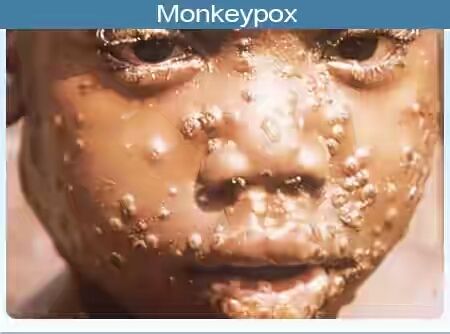 And here he goes again.  They chose Monkey Pox this time because it is  U G L Y.  And they are promoting the “hurts small children the most” angle in order to really fire up young parents and grandparents to “protect the children.”.  I suspect this one is going to be bad, and we will likely have more because this is the Tribulation era, and these seals run through to the very end.  There will be more plandemics after this Monkey Pox.

The Second Seal is war and the third seal is famine.  If you are still ignorant of famine you really need to read more and never watch TV news again in your entire life.  WAR.  FAMINE.  Second Seal  and Third Seal.  Get saved.  Call on Yahusha (“Jesus”), accept His offer of eternal life and study the commands of Yahuah in the so-called “Old Testament.”  Torah Notes – The Truth.  We are the only threat to Satan on earth.  The Red Dragon.

The traditional monkey pox is pretty hard to get and about as bad as chicken pox. The real problem would be if they used gain of function to create this virus. I put nothing past these demons, they are as vile as they can be.

Good point. I read this morning that the Chinese were also working on gain of function on Monkeypox.

I listened to you read Lost Prophecies of the Future of America. I can still hear the emphasis in your voice as you read about the 2 pandemics. The first being mostly nothing and the 2nd being serious and involving sores on the skin. Wow man, if this comes about. I think about the tidal waves as well. Russia can do it, any time they choose.

I bet the arrests of truthers begins in the fourth quarter of this year.