Watched a video on youtube last night by a man named Jerry Toney.  Pretty neat man, great beard.  Very consistent and reliable.  I subscribe to him and have for a few years.  He’s a rapturist and I rarely watch his work, but he is a brother and I appreciate him.  Last night he put up a video concerning the meaning of the word MAGA.  Its disturbing and potentially true.

Trump is better than nearly every politician in any capitol in the world.  He is a wrecking ball, a demolition man and that is precisely why I vote for him.

But is he the anti-christ?

Jerry Toney (link) piqued my interest in the MAGA thing, and I verified that MAGA is indeed the highest level of Satanic Priest. 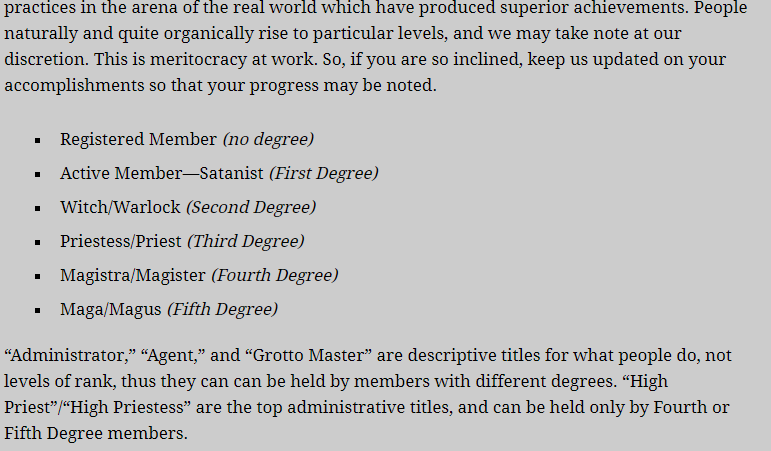 So MAGA definately IS the highest level of Satanic priest.  https://www.churchofsatan.com/hierarchy/

Here is more from another website which purports to be “Christian”.  I say that with a bit of reluctance, because Christians are almost as blind as Democrats.  Its that “form of godliness, without its power” thing.  Christians get a fail in understanding, and that the word ‘power’ can also be ‘authority’.  The Word has complete authority, complete dominion over all things.  Being the authority, and with Torah being the Words, if any one turns away from the Words, they deny the authority of Yahuah while claiming to follow Him.  That is Christianity, a virtually empty religion clinging to the bloody ankles of Yahusha hung on the cross, shouting “GRACE!” ignoring the very Words Yahusha represented in all His life: Torah. 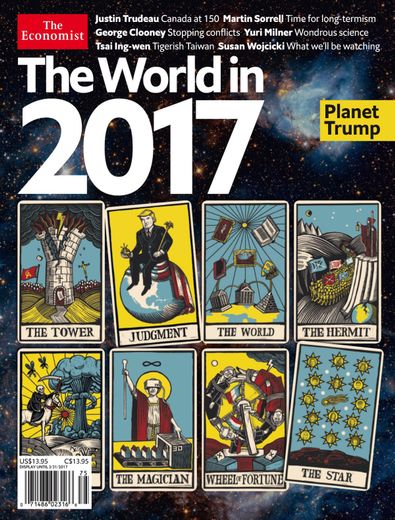 ♦Maga in Italian: Sorceress or Witch

♦Maga in Spanish: Magician or Wizard or Illusionist

♦Maga in Sanskrit: Magician or Priest of the sun

Now, in English the word ‘Mage’ is an archaic word for magician or sorcerer coming from the Latin word, Magus/Maga, and Greek word Magos.

“magician, enchanter,” c. 1400, Englished form of Latin magus “magician, learned magician,” from Greek magos, a word used for the Persian learned and priestly class as portrayed in the Bible (said by ancient historians to have been originally the name of a Median tribe), from Old Persian magush “magician” (see magic and compare magi). An “archaic” word by late 19c. (OED), revived by fantasy games.”

With that said, once the term ‘Magician’ came up, I could only think of one thing, yup, that Economist magazine cover from December of 2016 called ‘The world in 2017’ Planet Trump, with the Tarot cards on it. Now do you think that was a coincidence?!

What does MAGA really mean?

You might want to educate her regarding pork, unclean food, “throughout your generations” and “must worship me as you (the Hebrews) do.”  Remind her that words like “for eternity” and “not one jot nor tittle shall pass from the Law” actually mean what they say.  She totally blows it regarding Torah and dietary laws.  Most do.  And her interpretation of Galatians is terrible.  Not of the Holy Spirit.  Typically common christian ignorance.  But she is oriented toward Yahuah so that is good.

Seriously, what a creepy, haunting vision of the pagan Christmas Melania has.

Sabbath starts at sunset.  Have a restful and happy Sabbath, even though Brandon is tightening me up on calculating the accurate day of rest.  Fascinating stuff, Brandon.  Thank you for caring enough to share your information with me.

The MAGA thing you have correct…but, almost all of the rest of your drivel is wrong. A broken clock and all of that jazz.

Well thank you for tightening me up, Dee. Where would I be without approval from readers such as yourself, a human fountain of wisdom and truth. Again, thank you.

Well, the author is aware of MAGA, but, his head is STILL up his ass. Your vote doesn’t mean anything. You probably got the Operation Warp Speed 666 jab…you know, your AC idol was promoting it and still does to this very day.

Trump is the AC…

You seem a wee bitter, Dee.

Yes I believe so

Tragic response.
Anybody with a brain knows A Zionist which is just as worse.

You voted the fifth degree highest priest Church of Satanist, and call yourself a Christian? what a dumb joke… Biden is a good decent man…. Trump is an evil racist dirty psychopath… You are a hypocrite, sad excuse for a human, Biden is more of a Christian than You

Melinda, I did not say that Trump was a Satanist. I just commented that the MAGA thing is a satanic title for a satanic priest. Trumps “Make America Great Again” is a slogan he used. That does not make him evil. Its a slogan, Melinda. As for me being a hypocrite, yes I am. For sure. Biden might be a Christian. Lots of people are Christian and lots of those Christians are going to hell. Being saved through the testimony that Yahusha/Jesus is your savior and obedience to the commands of His Father – that ensures one is saved. Being a Christian has nothing to do with salvation. Its a made-up word, just as “Jesus” is also a made-up word.

You might want to totally stop judging me or judging anyone else. You must first get the plank from your own eye, Melinda, so that you can see clearly to help your brother remove the speck from his. Then you might see the Truth, and the Truth will set you free.

Is that why biden supports the killing of babies. ?

What? A decent man? Open your eyes watch how he gropes young girls, how they recoil from him. You are a hypocrite because u refuse to see what is in front of you. Before judging others, look and be honest with yourself first

My eyes are open. Show me one single example of Trump groping a young woman. What do I not see, and who do I judge? Tell me or be silent and judge yourself, for you have judged me a hypocrite though you have no evidence to support your harsh condemnation.

Dee, do you have sources for the Melania/Ghislane employment situation you claim? Or the Trump/rape situation? Do you have any evidence?

How you feel about him now?

I don’t know if he is a benefit or a loss, but he will be better than any liberal candidate. Politics is over now. We are in the tribulation era and only the return of Yahusha will make a difference for the better. Prepare for very hard times, Austin.

Biden is a good decent man? How?

Someone said Biden is a good and decent man? Where?

Oh yeah, I remember. Well, some people voted for Biden. Yeah, its crazy.