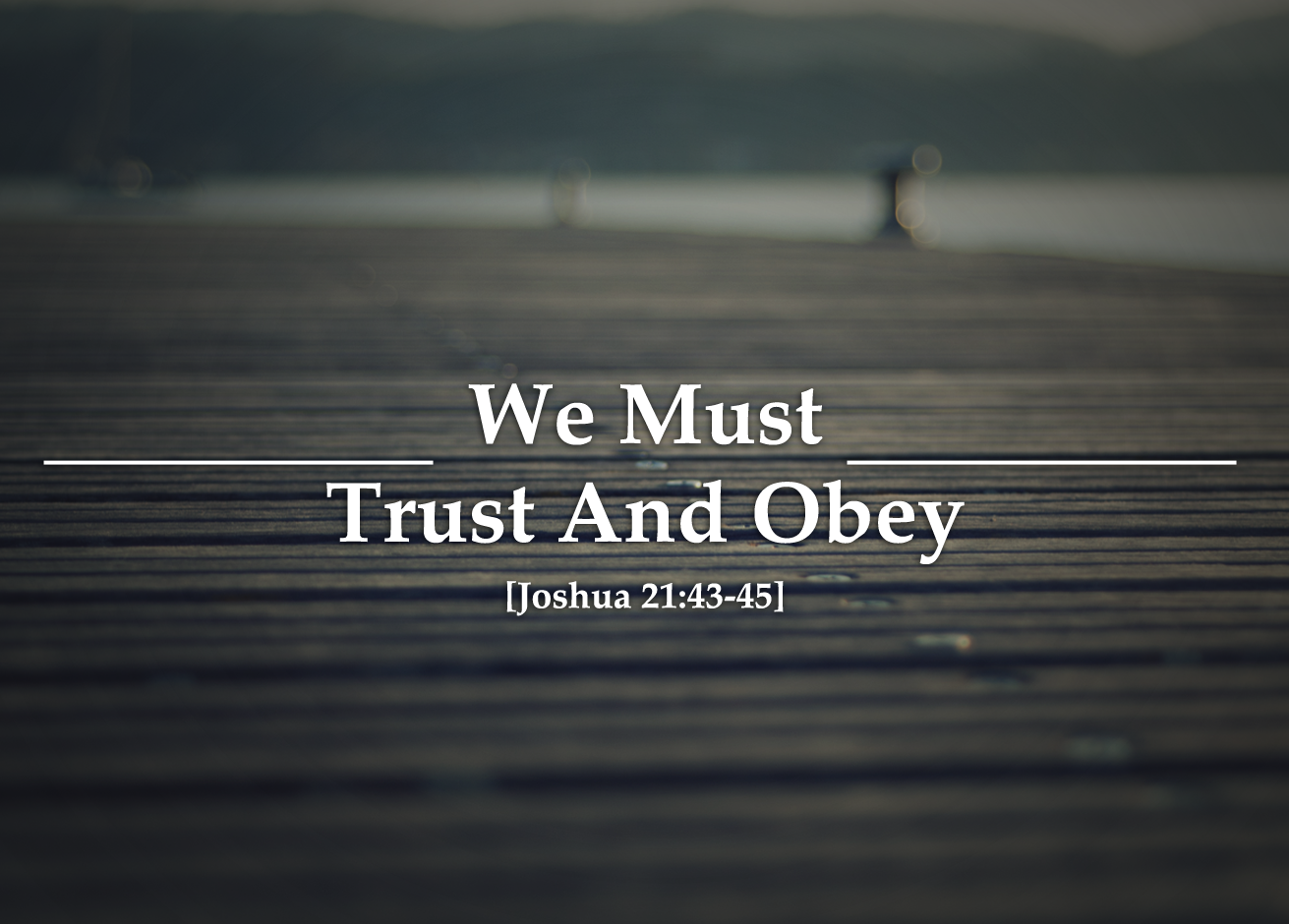 I have not posted much lately, mostly because my life has been rapidly evolving and I lacked the focus to share any meaningful information.  In the last 90 days, my wife divorced me, my oldest and dearest friend died without bothering to even let me know he was sick, and I walked out of my Christian church convinced that there is no good going to come from my fellowship with the members there.

I have been in a serious bind maritally for many years.  Although I loved my wife, there were several important issues that had made life together extremely difficult for many years.  I prayed for YEARS for Yahuah to resolve them, and finally, this year, I began to pray that He would provide a definitive conclusion to our problems.

While driving my car one evening, I noticed that a car was following me through traffic on a congested Interstate highway.  That car followed me everywhere I went, and, phoning my wife, I mentioned that to her.  She had taken the kids out of town that day and I wanted to make sure that they all got to her destination safely.  When I mentioned the pursuit vehicle, she replied “He’s probably trying to serve you divorce papers.  I filed for divorce today.”

My children heard that, too, as they were in the van with her.

After we concluded the call, I simply raised my face to heaven and said “Thank You God.”

The divorce was stressful.  I could not afford a good attorney, and rather than trot in some low-end pro bono lawyer, I represented myself.  In the end, things went very well.  Her attorney commented to me that this divorce was the most calm, easy and remarkably smooth divorce she had ever been a part of.

It was smooth, for sure, although the judge didn’t listen very well.

My prayer was that Yahuah would let me be satisfied with whatever outcome came from it.  My goal was to end this thing in a state of graceful gratitude, believing that His Will was done and that He loves me.

My former wife and I still talk, nearly every day.  She calls and invites me to do things, and she cooks for me sometimes.  Ours is a respectful relationship and I must say that life is good.  Last Sunday she texted and asked me if I wanted to take a drive that day.  Sounded good to me, and we went on a long one to a popular small town and walked around, shopping and eating.  It was a wonderful time.  A couple of days later (two days ago) she called me and invited me over for steaks and Monopoly.  Hard to say no to that, and again, a blessed time.

Interestingly, I have zero interest in “finding another woman”.  I don’t know what the future holds, but I’m proud of her composure and behavior.

My Son Is Assaulted At School

Yesterday, I had to go visit with the police at my oldest son’s middle school. He is 13 years old, and a genuine prince; a truly beautiful child.  A gang of bigger boys beat him up, and I was furious.  My former wife went with me, and she presented details to the police that I was unaware of.  When were concluded the meeting, I left feeling that justice just might be served.  The main antagonist is a boy that has spent the night at my house, eaten my food and was invited to do things with my sons and I.  He violently attacked my son, who is smaller than everyone on that gang of seven.  A second attacker also jumped on my son and grabbed him by the throat to choke him, all in the hallway of their school.

There were several witnesses, and my son was attacked from behind by a boy already on probation for breaking into a church building and vandalizing it.

Luke was injured, and we took him out of school for the remainder of this school year, which ends in about nine more school days.  He will be fine when his knees heal.  The investigation is not complete but I expect to file assault charges against both.

Death of My Friend

My friends name was Lane Alton McCarty.  He and I met at church camp when we were 13 years old.  In fact, we met in a GANG FIGHT at church camp 🙂  He was on the opposing side.

Over the years, we participated together in much sin.  Yes, it was fun and exciting.  We drank together, smoked pot together, told stories about various girls to each other, learned to drive the same summer and became local legends.  Lane was more wild than I was, but I took far greater risks.  A problem he had was his fondness for drugs.  I was never into anything like that, other than pot and beer.  Lane like pills and powders, and was once busted with a one gallon bag of cocaine.  He was busted for possessing a machine gun, too.

But he straightened his life out quite a bit, although never an a biblical sense.  He was able to get some good jobs and make good money.  One year I know he cleared $186k, because I worked with him in that software company.  We both did well.  I designed a super-computer to replace a clients CRAY 1, and founded a biometrics company that was eventually traded publicly in NASDAQ.

But as Lane grew older, he started sliding back into his old ways.  He kicked his wife and kids out of home and started using meth with some of the slimiest people imaginable.  The last time I talked to him, which was two years ago, I gave him some tough love regarding his drug use.  That made him very angry with me, and he never spoke to me again.

He died a shriveled up skeleton of a man, alone in a hospital in Houston, TX.  He was 61 years old.

Was he saved?  I think not, because I think he would have reached out to me if he had accepted Yahusha (Jesus to him) as his savior.

But maybe, I hope, he called on the one he would refer to as “Jesus” as he lay in that bed dying.  Maybe he did.  But Lane was exceptionally stubborn and prideful.  So who knows?

This bring up a point I want to make regarding Torah, obedience and salvation.

Absolutely Yahuah gave us Torah so that we would know how to express worship to Him in ways that are meaningful to HIM.  Obedience is worship, and as the Scriptures tell us, sin is simply disobedience.  That’s something the Christians tend to reject out of hand, and to their detriment.  But those who accept “Jesus” on their deathbed will certainly be accepted into heaven.  Yahuah is merciful, and these death-bed conversions don’t give the newly saved any time to discover Torah.  These folks will be “the least in the Kingdom of Heaven”.

But we who abide in Torah will be considered “great in the Kingdom of Heaven”.  There are the great, the least, and everyone in between.

The thing to bear in mind is that Yahuah knows everything about us.  He knows our heart, and although many Christians do love Jesus, most of them are under the deception that “grace” removes from them the responsibility to worship Yahuah as He prescribes.  They deny His commands, claiming that the commands are “for the Jews only”.

Those Christians who choose to worship Him yet disobey the very God they claim to love so much will stand before Him in Heaven and accept His right ruling regarding their fate.  If He is truly their “god”, they will seek Truth and walk in The Way, bringing me to my last point.

As some of you know, I have endeavored for a few years to attend a local Bible church and influence Torah obedience among the fellowship there.  They are really nice, decent people, classically Christian in that they are quite friendly in the church building.  Very chatty and ha ha ha ha at whatever is said in passing conversation.

This past Sun-day, I was in the big adult Sun-day school class, and we had a new teacher.  He was official, hand-picked by the Pastor.  He stood at the lectern with his marked-up and TABBED bible, teaching that Torah was for the Jews.  He spoke of righteousness, faith and belief at length.  I raised my hand at one point, fighting the desire to shout “BLASPHEMER” at him.

I turned to the class and said “This teacher does not even know the meaning of the words he is talking about.  ‘Faith’ requires actions, and those actions are fully described in Torah.  ‘Belief’ is the faithful walk of the obedient.  We are required to live out our faith by worshiping Yahuah according to HIS commands, which He declaeres are FOREVER.”

I’m getting wound up.  My adrenaline is flowing.

“Also, Yahusha (I didn’t want to say ‘Yahusha’, because that confuses the Christians, but it popped out.) said Himself that IF we love Him, we will keep His commands, and THEN His Father in Heaven will love US, and THEN He (Yahusha) will manifest Himself within us.”

I followed that with the part about the foreigner being required by Yahuah to worship Him exactly as He prescribed to the Hebrews in the desert with Moshe.

That pretty much ended Sun-day School.  There was a quick prayer and everyone split, except for one older fellow in a suit, wearing a big cross around his neck on a chain.  He walked right up to my back and started telling me that I didn’t know what I was talking about.

I turned around, asked him his name (Len), shook his hand and said “It that the biggest cross you could find?”

I went out, sat in my customary seat beside the Pastor, and left immediately after the service.  I’m done there.  Listening to some teaching on the youtube channel “Triumph In Truth“, I heard a teaching on being unequally yoked as it applies to those who are Natasarim as they relate to the Christian church, and concluded that there is no way I can go back to that dead little body of the blind.

So don’t you go trying to put new wine into that old skin, brothers and sisters.  The Christians will only hate you for your great faith.  Your faith causes them to tremble and doubt.  Just as the Pharisees had Shaul arrested for being “in a sect called The Way“, so will Christians ultimately turn on you when the Red Dragon comes.

They will never find the narrow path that leads unto Righteousness.  They intentionally deny that path of righteousness, and live in the satanic deception that “Grace” frees them from the responsibility to believe God.

2 thoughts on “Let The Christians Go”