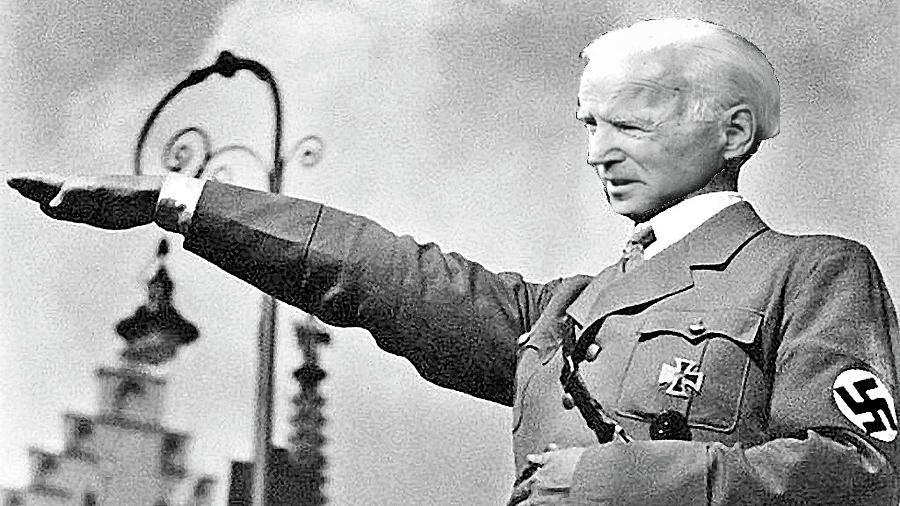 The war escalated.  Truth is still the enemy of Satan.  Satan is desperate and is positioning himself for the throne.  Remember that Biden said “There is going to be a world government and we want to lead it!”  This is a day that I have anticipated for many, many years.  Since I was 12 years old, in fact.

Don’t panic.  This has been a long time coming.  America is going to change.  The Left is the enemy of God.  They will do everything in their power to silence Truth.  To ban the Bible.  To imprison the innocent.  Anyone who refuses to lay down before their false god will be punished, or executed.

But the Left has an impossible task facing it.  The Left must break the will of those who seek the Truth.  We are willing to go to our grave remaining true to our principles, and we are willing to fight to the death for our principles.  We most assuredly are not intimidated by any range of tactics of the satanists under the shadow of the election fraud named “Joseph Biden”.

In fact, it is very good that we finally arrived at this day.  Today is the day Yahuah asks “Are you ready to stand in my name?”  Now you know why Yahusha commanded His people to arm themselves.  It is not possible to live in peace with all men.  Now, and absolutely, we must understand that we certainly will have to fight a physical war against the tyrants who hate God, hate Truth, and hate you for the Truth you represent.

War against evil is always bloody.  Evil, like some kind of lurching monster, must always be exterminated by whatever means is available.  It is a high honor to be called to these last days, to face this enemy in this time and in the manners which we must employ.

Yahuah sent Daud against many enemies.  Those enemies were tainted with the genome of the hybrid beings.  Yahuah demanded that those hybrid nations be exterminated and He blessed Daud with great victories, beginning with the giant Goliath.  If at this time in history you do not believe the giants walked the earth, just leave.  Go away.  Crawl back into your black vacuum of ignorance and dis-belief.

Listen, we are not going to live forever.  It is far better to fight the wicked and potentially die from that war than to crawl on one’s knees into a hole to hide from the battle.  Heaven awaits the Righteous, and I intend to swing my axe.

For eternity, oh my Father.  Forever: “Blessed be the LORD my strength, which teacheth my hands to war, and my fingers to fight:”

Morning Jerry, its kind of morning here in Oz. 4.57 in the morning and i read your post😊 Hands to war and fingers to fight🤔 Yes these words echo daily in my mind. I read about a new bio security law being pushed rapidly through the layers of parliament here in Australia in one of our corrupt agricultural news trashpapers, yep, another made up word , by me, because true news papers no longer exist down here, anyway, if you read between the lines it virtually says that every food supply, source and, i assume here, every grain of wheat and bunch of grapes will be tracked and traced . All for bio security reasons 😉 .Yes its all down hill from here. Will update when i know more. Love to all.🙂