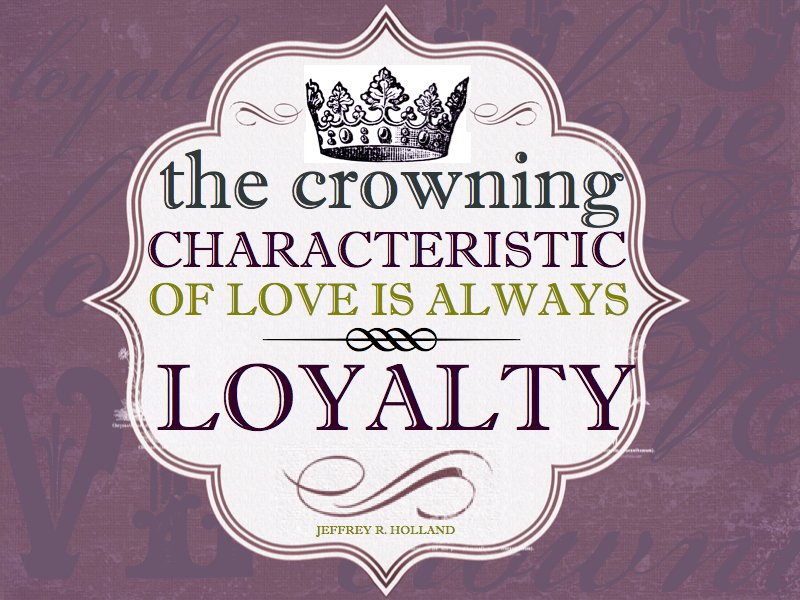 Faithfulness.  Loyalty.  Fidelity.  These are on my mind heavily today.

My mother told me decades ago that I was “loyal to a fault.” At the time I was a teenager, maybe 18 or so, and didn’t quite catch her drift, so she explained to me that I was loyal to my friends even when it was not in my best interest to be that loyal.

But after many decades of contemplation, I still believe that loyalty, faithfulness and fidelity are the cornerstones of integrity.  Certainly they are the three legs of righteousness, because who among us can be simultaneously righteous and unfaithful?  Not possible.

But back in the days when my mother told me that, I was

not Natsari.  In fact, if there was a “god” I had no use for him.  Girls, booze and fighting were my companions.

I had several good friends, too.  Don Russell, Gary Hill, Scott Smith and Don Dean were all great friends and we had a GREAT time together.  Over the years I also developed really strong bonds to Katherine “Kate” Mason (an Okie, but still great 🙂 and Melissa Bryan.  My sister, Laurie, was also a close friend.  Maybe the closest, but she had her friends and I had mine and we seldom hung out together.  We were too busy burning off the stress of growing up in the deeply troubled family that we grew up in.

These days, I find that fewer and fewer people are faithful to anything or anyone.  I know a person who is close to me that is the most consistent liar I have ever known.  Lies are created with every exhaled breath.  Faithlessness is a concept that this person cannot grasp, because being faithful is diametrically opposed to lying. One cannot be both a liar and faithful, because faithfulness, fidelity and loyalty all require exceedingly high levels of integrity.

Integrity is a cool word.  Integrated; whole; complete; solid and sound.  Integrity is what grinds us up into small bits when we are caught between selfishness and loyalty.  When one is loyal, then necessarily comes pain as some event or person will act in some way detrimentally to the object of your loyalty.

Example – I have a friend that I met when we were about 13 years old.  We met in a gang fight at church camp, and by the time we were in high school he and I were great friends.  I respected him because he had courage that very few men have.  But he was wild; wilder than me and I was wild, too.  Whenever we goth together, we always had some amazing stories to tell each other, and we did this for decades.

But something happened to my friend.  He seemed to drift into a special kind of hell.  My path took me to holiness and fierce loyalty to Yahuah, standing for Him in the face of constant ridicule and criticism.  Yahuah put my loyalty to good use, and I thank Him for it.

But my friend never possessed a love of the Truth.  He simply could not separate from the world, and he got into drugs rather heavily, including meth.  He was in his late fifties, and kicked out his wife and kids.  He lost his house, wrecked his Lexus and all the while he is telling me that he did not have a drug problem.

About 18 months ago I was talking to my old friend on the phone, listening to his latest batch of excuses and denials.  That is when I decided that tough love was the only thing I had left, and I gave him a big dose of it.

Have you ever noticed how people seem to hate the truth?  They hate the person who tells it, too.  The truth sets us free, you see, and people prefer the prison of lies that build around themselves.  Same with my old friend, Herc.

He got really angry with me, hung up on me like a hysterical child, and sent me a looooong text message, which I simply deleted unread.  I have never heard from him again, and I worry about him.

I said the tough things to him because I am faithful to him.  I am his one actual friend, and I stand by my friends.  He was one of my own, and if he ever gets over himself and receives the love of the Truth, he will discover that I am still his one true friend.

He turned his back on me, and he might never realize that I was firm with him specifically because I love him.  It had to be done.  Someone close to him had to tell him the truth, even if it meant losing him.  The truth sets us free.

There is another man that I had to speak truth to, and this time it was to one I loved as my own son.  He calls himself a brother, a “Christian” and he can often quote scripture.  He has often told me how deeply he holds his love for “God”, and it was always very good to hear those things from him.

But I noticed that he lacked faithfulness on a number of occasions.  Not sinful, necessarily, but things he did which showed me where his mislaid priorities were.

Then he moved quite a distance away, and started with the tattoos.  In spite of the Word of Yahuah commanding against marking our bodies, this fellow plows right ahead because “god knows his heart”.  Indeed, and a wicked one we all have.

But what really knocked me off my perch was the text he sent me boasting of the number of times that he “shagged” a woman he recently met.  I was stunned that he would be so callous and crude as to send me such a record.  What kind of person would send such an indictment to a man like me?  So I texted him back, leaning into the conversation and standing square on the Word.

I was threatened with violence by him.  Not that it frightened me.  People who threaten me make me smile on the inside for multiple reasons.

He told me that I was ‘insane”, this tattooed christian shagger, because I teach that we must actually obey the commands of Yahuah, and that we will obey Him if we are saved.

But the tattoos and the shagging were talking and eventually I had to just end the conversation.  That was many weeks ago, maybe two months, and I am glad that I terminated the conversation because it says right here in my Holy Bible “you must not associate with anyone who calls himself a brother, but who is sexually immoral…”

So there it is.  He is outside the faith, boastfully unfaithful to the “god” he claims he follows, but very faithful to the prince of this world, who tells all humanity that we need not obey the commands of Yahuah, that we can do as we please even when Yahuah SPECIFICALLY FORBIDS IT.

Its easy to serve the satan – just be yourself.

This Beautiful Sabbath
Walking in The WAY.  It is the path of life, and the way of the Natsarim.
"He's Not Like Us" Thus The Righteous Perish

2 thoughts on “Its Easy To Serve The Satan – Just Be Yourself.”