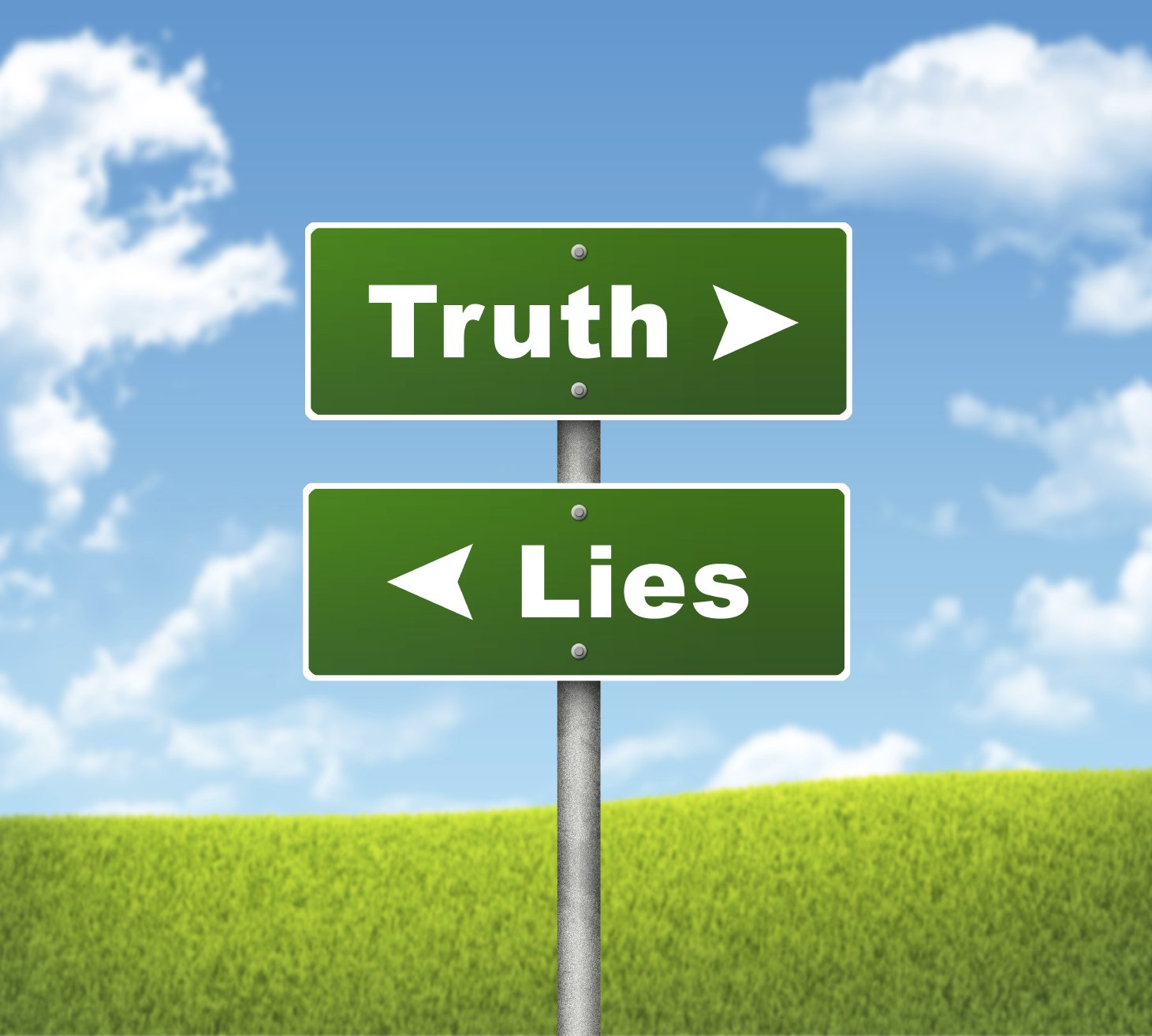 In fact, I am not even going to re-re-re-re-write the same information again.  If Yahuah calls you into Truth, the Truth is available.  If you want to reject His OWN WORDS, you will pay a high price, and probably will lose your life.  Yahuah is the judge, and the risk is yours alone.  There will be no weeping in heaven for the souls thrown into the fire.

Before I was directed by the Holy Spirit to Torah, I was a believer in Yahusha and I read His Word.  I did want to obey His commands and I preferred reading the Law and the Prophets.  I knew that I was missing something, even though for decades I pondered what that might be.  The “grace” and “love” theology only went so far, and I knew for sure I was missing something.

What I was missing was understanding that the Law of Yahuah is forever.  I had been told for my entire life that “We are not under the Law“, so I believed my teachers and subsequently automatically and unconsciously dismissed all references to lawful obedience throughout scripture.  This must have been the same case when the teacher said (1 Cor 3:2 -)”I gave you milk, not solid food, for you were not yet ready for solid food. In fact, you are still not ready…”

The “milk” is salvation through worship of Yahusha.  That is the milk.  It is for the baby, the new believer, the brand new child in Christ.  Milk.  Simple, easy and tasty to everyone.

First comes the milk for the little baby.  Then, as we mature, we take on the diet of the mature – we crave the meat.  Heck, we are made out of meat :), which is an interesting metaphor because Yahusha says that we live not on bread alone, but on every WORD from the mouth of Yahuah.

Matthew 4:4 – “But Jesus answered and said, “It is written, ‘MAN SHALL NOT LIVE ON BREAD ALONE, BUT ON EVERY WORD THAT PROCEEDS OUT OF THE MOUTH OF GOD.'”

There, see?  Simple.  The Word from the MOUTH of Yahuah.  And where are those Words?  In the ancient Hebrew Scrolls, especially the one called “Elleh haddebarim”.  Translated into English, Elleh haddebarim means “These are the Words“, and you have a copy of this very scroll in your possession and you do not even know it.  It has been hidden from you in plain sight for hundreds of years. You can find it if you want to find it.

Perishing from lack of knowledge?

You see how Yahuah through the Prophet Hosea cited that His people perish from lack of knowledge?

Hosea 4:6 – “My people are destroyed for lack of knowledge: because thou hast rejected knowledge, I will also reject thee, that thou shalt be no priest to me: seeing thou hast forgotten the law of thy God, I will also forget thy children.

Are you following this?  Do you understand that our very lives and the lives of our children depend on knowing and following the Law of Yahuah?  Note that He says “MY PEOPLE”.  That means HIS PEOPLE.  HIS PEOPLE are destroyed because they REJECT knowing His WORDS, His COMMANDS.

I’m telling you that there is an infinitely fine line that tapers to a sharp edge so sharp that the edge of it cannot be discerned.  “Sharper than a two-edged sword, able to separate bone from marrow” – marrow grows bone.  They are organically connected and one comes from the other, but both begin together in the womb.

Think “stony ground”.  Think about the Word of Truth that falls on fertile soil, or on stony ground.  It takes root and sprouts, as in salvation or at least belief that Yahusha is salvation.  But the seed dies from lack of soil or water, or the birds came and ate it.  But it DID TAKE ROOT and initially grow.

Do you see where this is going?  There is an infinitely fine edge to the Word.  We cannot fathom the sharpness of it.  Demons ‘believe” in Yahusha, but live in rebellion.  They will burn, so mere ‘acknowledgement’ that Jesus is who He claims to be is NOT salvation.  There must also be action and that action must be obedience to His commands, as He HIMSELF says:

John 14:21 – “He that has my commands and keeps them, he it is who loves me: and he that loves me shall be loved by my Father, and I will love him and will manifest myself to him.”

See how plain He is in His speech?  If we love Yahusha, we will prove it by finding, studying and obediently keeping His commands.  Only by doing those things will Yahuah subsequently love US, and only if Yahuah loves us will Yahusha manifest Himself to us.

Do you understand this teaching?  Those are His Words, not mine.  We are called to obedience, and our obedience is our proof that He is our GOD.  Disobedience, or disregard of His commands is rebellion, witchcraft, sin, and MILLIONS of “Christians” reject the Law automatically.  This is why the church is dead, why there is no power in the churches, why abortion and divorce are rampant in the churches, as is adultery, fornication, drunkenness and every other form of idolatry.

“Christianity” then, is this: an unrighteous and unholy form of “godliness”, which denies the commands of GOD, claiming that His commands are no longer valid.  “Christianity” robs the churches of the power of Yahuah, and by shouting “grace!” enables lying, adultery, fornication, murder and every evil thing, all while rejecting the Law, the Truth and the Words of Yahuah Himself.

2nd Timothy 3:5-7 Having a form of godliness, but denying the power thereof: from such turn away. For of this sort are they which creep into houses, and lead captive silly women laden with sins, led away with divers lusts, ever learning, and never able to come to the knowledge of the truth.

Podcast: “I Will Send A Powerful Delusion”

[…] The Lord Yahuah will allow church-going people to believe a huge error because they “did not receive the love of the truth.” […]

Brother Jerry,
I love your reply to the above responder, Bro. Alan S. Doyle on 12/26/20. I so agree with your response to guard against being “perfect” in their group. We have had a home fellowship of varying numbers in Michigan for almost 10 year. We have come to understand the wisdom in Yah’s words, “Where the Spirit of the Lord (Yah) is there is liberty.” 2 Cor. 3:17 We all must be able to grow at our own pace without censure and with great agape. We must exercise those spiritual gifts of love, joy, peace, long-suffering, gentleness, meekness, faith…

Thank you for this excellent website where we can point others to glean on their way!

Thank you, Ruthann. You inspire me.

The companion verse to Hosea 4:6 is appropriate for these times:
Isaiah 5:13-14 “Therefore my people are gone into captivity, because they have no knowledge: and their honourable men are famished, and their multitude dried up with thirst. Therefore hell hath enlarged herself, and opened her mouth without measure: and their glory, and their multitude, and their pomp, and he that rejoiceth, shall descend into it.”
Thank you, Jerry. In part, because of your work and the truth here, our local ministry is beginning to deal with Torah, and the importance of keeping both the commandments & statutes. Instead of causing division among the brethren, as is usually expected, I’m finding that attention to God’s commandments and desires is leading to much greater unity among us – our studies are becoming Spirit filled…. ‘can’t thank you enough.

Thank you, brother. Yahuah is calling His people to Him. Those with ears to hear do hear. The spirit of Torah moves among your congregation specifically because Yahuah calls you and your people. It is His doing. Guard against being “perfect”. That human quest for perfection is often a dark tunnel into pride and division. Allow for mistakes and error, brother. Mercy. Be merciful and loving and thank you for sharing. I am filled with gladness for you and your people. With you among the brothers, they have a reliable witness. Please do keep in touch.
Jerry