Rampant discrimination by Google has just today killed advertising revenue for two of my best sources of secular news: Zero Hedge and The Federalist.  I found out after reading Zero Hedge, then a good article in The Federalist regarding the Supreme Court decision on sex or gender, and then opening the tab of a third article I was interested in, only to be slapped in the face by Google stabbing those two news sites with bans on ad revenue.

I know that this website is generally about the Truth of Yahuah.  But one cannot discuss the truth of Yahuah without discussing it where the rubber meets the road.  We are human and live in a dying human environment.  Decisions are made that devolve us further into rot every day, and when Zero Hedge and The Federalist are both hammered by Google on the same day its bad.

I have sites that I read daily, and The Federalist is just before Zero Hedge on my daily reading list.  So today, I read Zero Hedge, then the Supreme Court piece on The Federalist and then BAM!, my next article is Google castrating both publications.  That was a shocker for me, a painful slap in the face.  Zero Hedge just got reinstated by Twitter Monday (or Friday, I forget), and now this.

As for The Federalist, I do not think there is a better government-oriented analysis site anywhere in the world.  Zero Hedge is also loaded up with analytical talent for almost everything, but primarily for financial analysis.  They covered the Covid-19 circus quite well, and still do.  If you want to enjoy some actual facts on things, these two sites are superb. 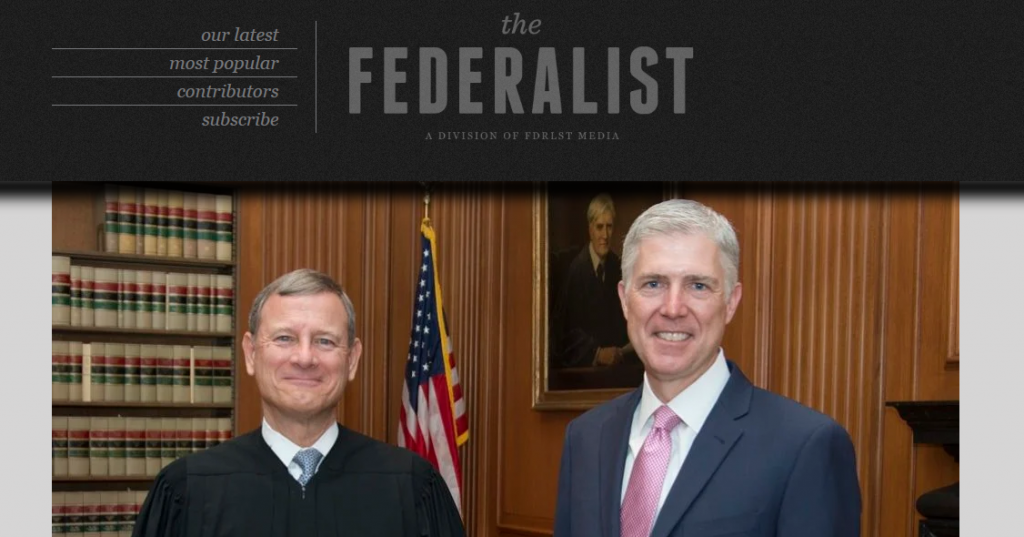