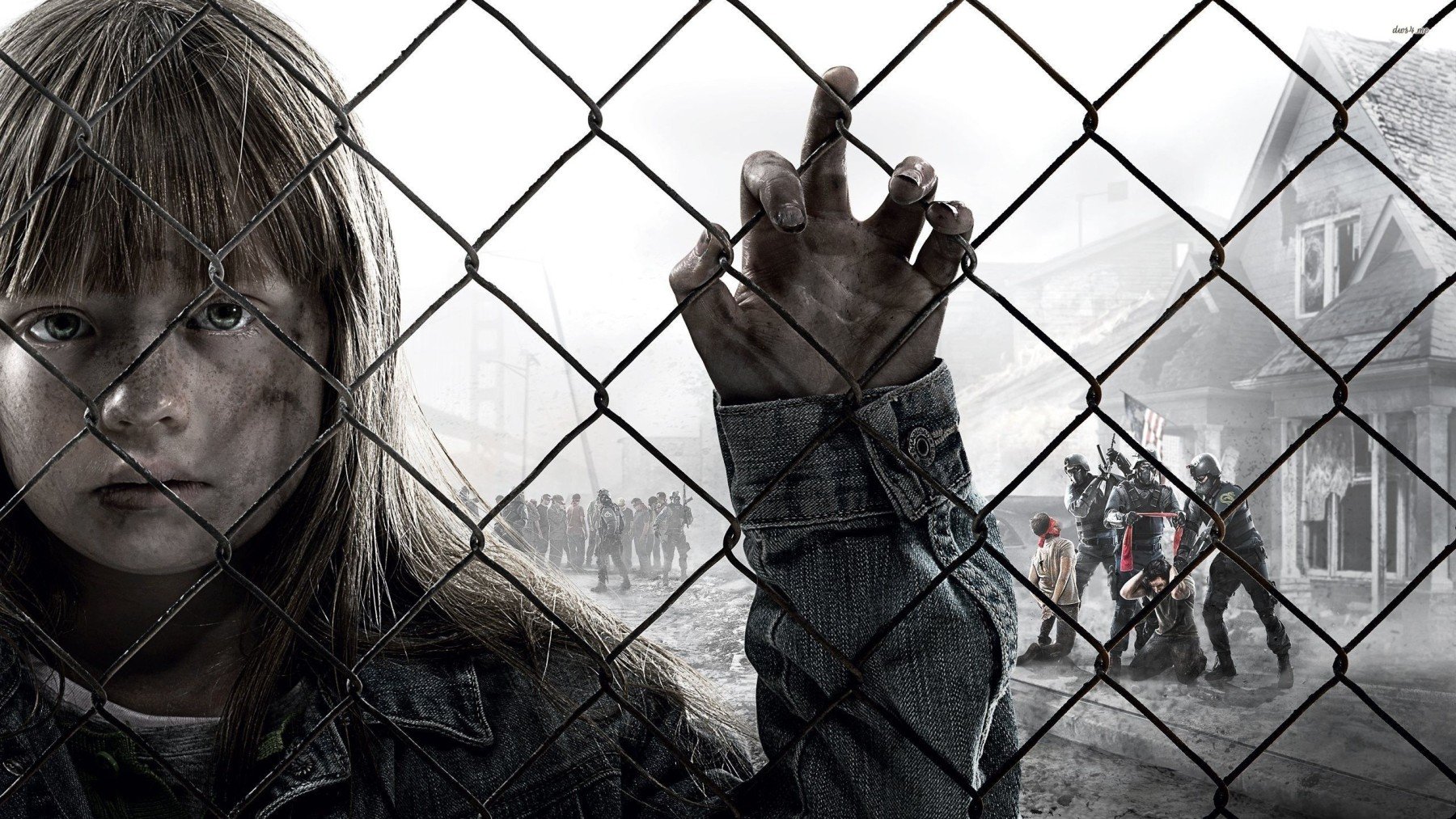 The Way is what the believers in the time of Peter and Paul called their “religion”. In the Way, the non-Hebrew faithful (other nations) were instructed by Paul in Torah and in salvation through the Messiah, Jesus.  Yahusha.  That is the Way and this video is richly informative for you.

The way to what?  To Salvation.  First, believing on Yahusha, that He was and is who He said He is.  But mere acceptance that He “was and is” is not salvation.  Remember that Yahusha (Jesus) said with His own lips that “whoever keeps my commands, he My Father in Heaven will love, and if my Father loves Him, I will manifest myself within him.”

“Believing” is proven by obedience to the commands of Yahuah.  If we ignore His commands, obviously we do not worship Yahuah and obviously we are not saved.  Do you understand that Truth?

If the video ever “disappears”, please let me know.  I have it stored safely and can replace it.

If you are “Christian“, yet want to follow Yahuah, watch this video and take it to heart.  The Roman Christian Church has twisted Faith into an abomination, and many are deceived.  “Lawlessness” means not keeping the laws/commands of Yahuah, yet lawlessness is the cornerstone of the “Christian” religion.  Those are hard words for a dedicated Christian to take, but I know the Christian pseudo-theology quite well, as I used to be one myself.  I worked for Billy Graham on his crusade staff in the 1990’s.  He was a fine man but he blew it.  He did.

There is Truth in the Word that the Christian church is blind to, has no ears to hear and rejects out-of-hand.  Yet it is the Word.  So who is wrong?

The fury of hell is coming onto the world, and many will be deceived into worshiping the enemy.  Are you able to stand until the end?

You are warned here and now that if you do not follow Yahusha in your actions, you do not follow Him.  Your doctrine of “grace” is a delusion that makes Yahusha into a liar when He says “If you keep my commands, then my Father in heaven will love you…” Look it up.  You will never deceive Yahuah.  You live in sin because “sin” is simply a Greek word for “transgression of the law“.  Obedience to the law is mandatory for all people, God says so Himself.  That obedience to His commands is the ONLY way to worship Him.  He says so Himself in YOUR bible.

“Did we not cast out demons in your name?” you might ask Him, and what will He tell you?

Walk in The Way

Yahuah wants you to be one with Him, to experience His power and His authority – possible only if you obey His teachings, for that and that ALONE established Righteousness.  Obedience to His commands.  Walking in The WAY.  It is the path of life, and the way of the Natsarim.

Excellent video. I have been wanting to know more about Natsarim and its origins. Thank you brother Jerry.

Yes, that is a very good video. The guy who made it was driven from the field after some viscious attacks from “Christians” who had issues with his perspective on Paul. He folded his tent and turned his back on the Words, I hear. CLosed his site and deleted his videos. So my original link to his video was killed, and I didn’t know it. One of my subscribers (Thank you, Ed), at the urging of the Ruach ha Qodesh, send me the link to the video you watched and suggested that I watch it, that the Lord asked him to send it to me. When I watched it, I realized that I published around that video a year or two ago, and went through my posts to find it. I was surprised to find that my embedded video was gone.

I have a backup of most of the vids I post, but prefer to embed them from the original sources to conserve bandwidth from my server, and also storage on my server. I have the video stored but could not find it, so I embedded the video from the new source and that is what you watched.

It is very good, one of the best. The makers name is Justin Best, I think. I would like to talk to him.

Love you, brother. You are the real thing. Rare in this world.

I am pleased these podcast are being presented Jerry! I was thinking how religions need to be sorted out. My opinion regards religionists is that when an adult has a belief in a religion the religion by the leaders becomes as an idol to them and they dare not open their mind to any scripture that could show they might be presenting as truth the word of men and not Yahuah.

There is truth in every religion, and preachers are very convincing that what they teach is sacrosanct and influence followers to believe what is spoken from the pulpit of their creed is the one and only truth. No matter what is presented to these people to consider they refuse to have a dialog with anyone who wishes to shed light that would give another scriptural understanding from the teaching they profess and desperately hold onto because it is the religious gods of their accepted theology who tell them not to listen to anyone but them. They are just as Ignatius whether trinitarian or unitarian they cannot discern a more enlightened scriptural truth when put before them because they often take one or two passages out of a chapter or chapters and give a completely false interpretation of facts when the verses following the ones they present give a different understanding from what they are determined to incorporate into the minds of listeners.

Much of what is taught is really pleasant and acceptable to my mind and theirs but should not all who wish to please Yahoveh and follow the teachings of Yehoshua be taught also by reading and discerning the word of God for themselves? Yehoshua said no one can come to him unless the Father who sent him draws him (or her) and he (or she) is taught by what is written by the Prophets. Everyone who has heard from the Father and has learned comes to me! So said the Son of God as written in John 6:44-47. This tells me all who seek to please our Almighty Father and who will please Yehoshua the only begotten Son of God are privileged and have a duty to learn from their Lord and their Eternal Father by Holy Spirit giving divine instruction.
.

I have only viewed part of one video on these matters and look forward to seeing and understanding all I can from my perspective if perhaps I can offer additional substance from what I discern.

God Bless and keep you and your family safe in this time just before the full apocalypse and judgement.

Jerry, have you ever felt extremely sad and extremely happy at the same time? I don’t know why but that is how I feel after watching to the end of the video of the Natsarim. It was so joyous to see truth to that extent. I thank you but I would also love to thank the person who put it forward for us to see the truth. These truths were dancing round my head but I couldn’t put them in order and I didn’t have that extent of understanding. I knew Constantine being converted by a sword in the sky as Eusebius (their St Jerome) made up was a lie. I always wondered how they had the audacity to proclaim men to be bishops and saints. Pride was the original sin before the lie in the beginning when Satan deceived Eve.

Now I understand how a little Leven ferments the whole lump. Galatians 5:9, vs 15-25. Verse 19 as I see it identifies the false prophets and false teachers beginning from the Pharisees to 1st Century Christianity and down to preachers and teachers of today who reject truth and who will receive a heavier judgement as James 3:1 reads. Although we can stumble many times in word whilst having truth to learn. That I would say is different from preaching in opposition to Torah or twisting the scriptures to intentionally make and truth into a lie and the lie into the truth so skilfully as the ancient church ‘fathers’ of sedition against the Netsariym did. Appointing themselves to be ‘fathers, and bishops over the people are in my opinion showing themselves to be as gods. And as I learned today they actually claimed to be standing before their Christian followers as ordained to be in place of God.

Did they not know Yehoshua commanded his apostles as written in Matthew 23:9 ‘Moreover do not call anyone on earth father, for one is your Father, the Heavenly One. Neither be called leaders for your Leader is One the Christ. vs 12 Whoever exalts himself will be humbled and whoever humbles himself will be exalted.. and vs. 13 “Woe you scribes and Pharisee, hypocrites! because you shut up the kingdom of the heavens before men, for you do not go in, neither do you permit those on their way in to go in.etc.. I don’t fully understand how these Pharisees and scribes work to make others proselyte and when they do the proselytised person is subject to Gehenna twice as much as those teaching falsehood. I would think the one convincing others by their own subtlety, lies and deception to be more culpable. Yet Eve was deceived but Adam wasn’t making him more culpable because he knew it was wrong to disobey the law of God. Perhaps these deceived are or should be knowledgeable but choose to accept twisted teachings. Acts 20:30 Paul the apostle foretells some from among his hearers or followers would rise up and teach twisted things to draw away disciples after themselves. Of course that is what false Christianity claim against any who shows scripturally the ‘Way’ as taught by our Lord. If you have any thoughts on that I would be glad to hear from you.

Keep pouring out your knowledge and findings Jerry!

If anything I write offers any thought you could use, you know it is the word of God and not my word therefore if anything I put forward is of any advantage to you it is available to be used.