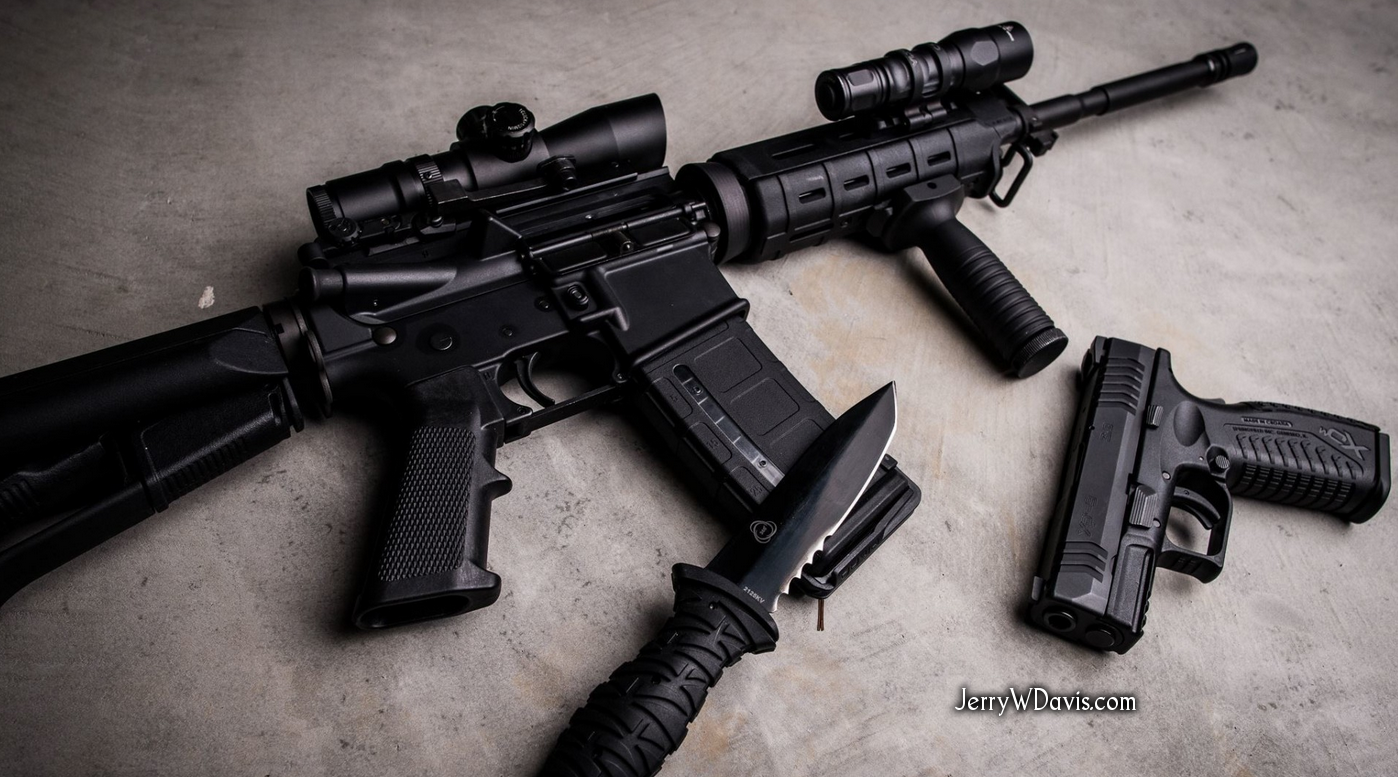 After church today I enjoyed several good conversations and one exceptional one. Once per month at our gem of a church, we all have lunch together within the church. We sit down, break bread and actually talk and get to know one another.

Today I was wonderfully blessed to share a table and some time with several people that I am acquainted with, and the Lord God Yahuah presented two women directly in front of me, both interested in self-defense due to the pre-trib strife that is escalating in the world.

Self-defense is one of my pet subjects, because, in obedience to Yeshua (renamed “Jesus” by the KJV translators) as He commands in Luke 22:36:

(YLT) Then said he to them, ‘But, now, he who is having a bag, let him take it up, and in like manner also a scrip; and he who is not having, let him sell his garment, and buy a sword,

Jesus also orders us to arms with a SECOND command, which is this: “let him sell his garment and buy a sword.”  Any command from God, our Messiah Yeshua and written in the Word is now and always be vital.  Important.  Something we MUST DO.

Jesus says if we don’t have the money for it, then we are commanded to SELL whatever we need to SELL and BUY a weapon. Its like me telling my kids twice, except He is GOD.  And He only does the Will of Yahuah, so obviously this is absolute and total “DO IT NOW” divine instruction.

They know I mean do it now.

Jesus meant do it now.

The disciples knew He meant do it now, because within 24 hours they were all armed.  They were all armed in the Garden when Yeshua was arrested.  You remember – Peter tried to kill the Temple Captain of the Guard as he arrested Yeshua.  Cut off his ear and Jesus put it back on.

But before Jesus put that ear back on, the disciples standing around Him asked a very important question.  Remember that?  Ask your pastor or your Sunday School teacher what those disciples asked Jesus as He was being arrested.

Luke 22:49  And those around Him seeing that about to occur, they said to Him, Lord, shall we strike with our swords?

It was not only Peter who was armed going in to this confrontation.  ALl of the disciples of our Messiah were armed and ready to fight.  That asked our Lord for guidance, and guess what He told them?

Ask your pastor, or Sunday school teacher.  See if they know.  This is very important, as it involves a command of God.

When the disciples prepared to fight using deadly weapons and deadly force against those arresting Jesus, they asked one question: “Shall we strike with our swords?” They were armed, as Jesus commanded the night before and prepared to fight.  They already owned their weapons, as they did not have time to go buy them.  Only hours went by from the breaking of the evening bread to the prayers in the Garden and subsequent arrest.

They were prepared.  Are you?

Jesus told the disciples what?  Ask your Pastor and Sunday school teacher.

He told his warrior disciples to allow this particular event.

You see how Jesus placed a limit on what His disciples were to allow?  He told them, as they were grabbing their swords (Peter had just whacked the guard), to allow his arrest, with a limiting “this far” on the end of that sentence.

That tells me that there are limits to our passivity.  This is reinforced in Romans 12:18 – “If it is possible, as much as is up to you , live peaceably with all men.”

The Lord Yahuah knows that it is NOT possible for Christians to live in peace with everyone.  Not possible, because certain people and groups are ALWAYS looking for a fight.  Look at Islam, for example.  They are indeed commanded to enslave and/or exterminate all non-Muslims.  Its’ in their Qu-ran.  Look it up if you doubt me.

But its not just Muslims.  Look at the American liberals.  They hate “Jesus”, they hate the commands of Yahuah.  They mock and spit on us, deny Christ and more.  These are the ones who will embrace a One World Religion, transhumanism, homosexualism, abortion, euthanasia and more.

And soon, these same liberals will be turning YOU in to the UN (or some other governing body) for owning a Bible, or teaching your kids that homosexualism is an abomination (and oh yes, it is says the Lord God Yahuah) or refusing to work on the Lord’s Sabbath, a sanctified and holy day.

And that persecution will endure through the end, when Satan himself will come to “make war with the holy people, those keeping the commandments of Yahuah, and having the testimony of Yeshua.” (Rev . 12:17)

It will be ugly for those who follow Christ during the last months of the tribulation.  They will have to fight to survive, if they choose to fight.  Physical death is better for the saved.

Rev 13:10  If anyone gathers captivity, into captivity he goes. If anyone will kill by a sword, by a sword he must be killed. Here is the patience and the faith of the saints.

A sword will be necessary for survival, but if we fight, it looks like we will die fighting.  No big deal there.  Most of us will die.

Not All Will Die

I believe this is proof that some will be raptured.  Few.  Not many.  And I believe those who did not fall “asleep” are those who were raptured at some point during the last 3 1/2 years.  The faithful who worship Yahuah by keeping His commands.  How many do you know who do that?

“But small is the gate and narrow the road that leads to life, and only a few find it.”  Matthew 7:14

I believe The Way is salvation through Yeshua and diligent study of and obedience to the commands of Yahuah as specified throughout the Holy Bible.  It is not only Torah, although those constitute the large body of commands, but also the commands of Yeshua in the New Testament.

Sell What You Need And Arm Yourself As Yeshua Commands

In my Geneva Bible (its a 500 year old translation) the word for ‘garment’ is “coate” or coat. That makes more sense, because the coat, or cloak, was what kept one alive in winter in Israel. It gets very cold there in the winter. A cloak or coat was very valuable, as most people did not even own a pair of shoes, and maybe had two outer garments, plus the cloak.

Jesus Said He Would Be Called A Lawbreaker

This sword business is not limited to the command by God in the verse quoted above. In the very next verse, Jesus states that He will be counted as a law breaker, a criminal, a “lawless one”.
Luk 22:37 for I say to you, that yet this that hath been written it behoveth to be fulfilled in me: And with lawless ones he was reckoned, for also the things concerning me have an end.’

Which is immediately followed by yet another sword/armed Christian verse –

Sufficient. As in “adequate” or simply good enough. Having two swords was good enough, according to Yeshua. Most Roman soldiers carried two swords, and under Roman law, anyone carrying three or more swords was considered a “bandit”, and could be lawfully executed. Even more interesting, under the Codex Maximus, which is the body of Roman law back 1600 years ago, any non-Roman citizen in any barbarian province controlled by Rome who was found to possess a sword, or transport a sword, or make a sword or sell a sword was punishable by death.

The Romans loathed and despised the Hebrews in Israel, so there can be no doubt that it was highly illegal for the Hebrews to carry one sword, much less two.

That is why I think that Jesus is telling us in 22:37 that He is counted as a lawless one, and why it is spoken directly between two verses where “sword” is the topic. He commands us to be armed, even if the government makes it illegal to be armed.

Podcast: Prepare To Defend Your Life