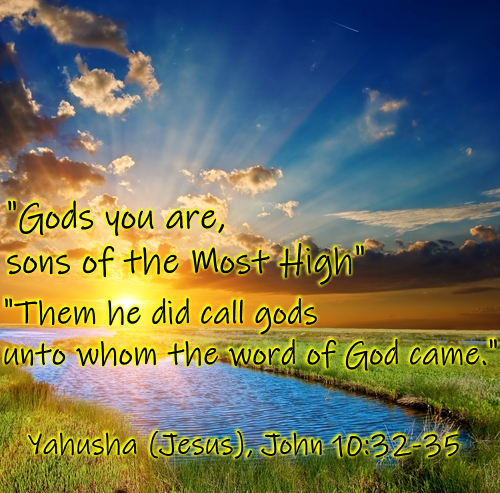 I think X-mas is tomorrow. How ironic it is that the “X-mas” thing, which is so offensive to most Christians, is also quite true. There is nothing of Yahusha in this pagan holy day.

But today is too important to spend it discussing what has already been put to bed.

Instead, let us talk about lust – you know – the “thirsting for another” kind of lust. Have you ever done that? Have you ever been snuggled up to your husband or wife or girlfriend or boyfriend, or crusing in your car or on your motorcycle or sitting alone on a park bench or sitting in church, burning with aching desire to have the person across the room, or in some other town, or across your dinner table?

Ladies? Come on now, for Yahuah knows your heart. We can not successfully lie to Him. Men, no need to even ask you, for we know, don’t we? Every man alive has done it – has wanted some other woman – he has pondered the event in his maind, savored and cherished it, turning it over and over, examining the object of his desire in minute detail, lost in the intoxication of it.

But most Christian men and women remain technically faithful their entire lives. Most who follow Yahuah are sexually faithful to their spouses until their soul glides into the light of Heaven.

We consider our behavior exemplary, that we have always “toed the line” of fidelity. We look our spouses in the eye, and say with some nobility “I have never touched another woman”, or “I have never desired any man other than your father as long as I have known him.”

But all have sinned and fallen short of the Kingdom of Heaven.

We consider ourselves successful if we have never touched a person other than our lawfully wedded spouse. Indeed, that is a worthy goal and a very important one. A man or woman, married, must be true, must be faithful at minimum to himself. He must at least be able to look into a mirror and know that he is true.

Yahusha (Note: Yahosha is also pronounced Yahu-sha. That “o” was an “oo” sound in the older Aramaic”)

Yahusha, who only did what His Father instructed, reveals to us that even the desire to sin is as wicked as the actual sin. He reveals to us that looking upon another woman lustfully carries the same guilt as actually having sex with her, and the three of us already know that you are fully guilty of that.

Mat 5:27  You have heard that it was said to the ancients: “Do not commit adultery.” Ex. 20:10 – death penalty; Deut. 5:18 -forbidden
Mat 5:28  But I say to you, Everyone looking at a woman to lust after her has already committed adultery with her in his heart.

“Above all else, guard your heart, for it is the wellspring of life.” (Proverbs 4:23)

Darby- 1 Samuel 16:7 And Yahuah said to Samuel: “Look not on his countenance, nor on the height of his stature: because I have rejected him, nor do I judge according to the look of man: for man seeth those things that appear (judges by appearance – jd), but I beholdeth the heart.”

My question, then, is this: Why don’t you do it?

I’ll tell you why. You abstain from violating your faith through the strength and will of the Holy Spirit.  Only the Holy Spirit, which resides within all who walk in the Way, can stay you from falling.  It is true that Yahuah judges us by the value of our heart, which is filled with love as a perfect gift from Yahuah, the Creator of all that is good.

Proverbs 6:32  He who commits adultery with a woman lacks heart; he who does it is a destroyer of his own soul.

People in general do not want to destroy their own souls.  To ‘desire’ unlawfully is sin and we are guilty of sinning (missing the mark) every time we do it.  But to act on that sin, to surrender to it, is to give sin dominion over us.  It is the dominance of sin over us which earns us death, the destruction of our soul.

We know that sin begins within us.  We know that we fail to walk in the Way, that our righteousness (obedience to the Word, the Commands of Yahuah) is pathetic, wet garbage relative to what is possible.

But Yahuah LOVES YOU.  He is the Great God, the I AM, the beginning and the end.  He is unknowable to us, but His spirit teaches us who He is if we seek Him.

Yahuah built ‘desire’ into us.  ‘Desire’ is not an evil thing, but is designed to function together with righteousness and in marriage to create a magnificent bond between a husband and his wife.  Their desire will be for each other, and it is stated in Genesis that the woman’s desire shall be for her husband, and that he will rule over her.  (Gen 3:16)

Take heart, for sin dirties us all, but the salvation of Yahusha does wash us clean, giving us the radiance of perfection through His death for our imperfection before the most merciful, wise and loving of all gods – Yahuah, the First and the Last, the All Knowing and Ever Faithful.  In the end, it is Yahuah who is perfectly faithful to Himself, abiding by the impossibly high standard of always being perfect in all things.

And we cannot fathom what ‘perfect in all things’ entails.  Truly we reside within the footstool of The One who can neither be questioned nor conceived.  He is as far beyond us, and as near to us, as time is from distance.

I do love you so.  There is nothing that exists that is greater than your friendship with Him.  He is everything, and you are His.  You are not your body, but you reside within that body and you control movement of your body.  But these dirt-based vessels will decay down to the last atom, the last electron, and will eventually cease to exist.  They will be no more.

But you will always exist.  You will live forever.  There is no end for you.  You are an eternal being.  Surrendering to Him, rather than to sin, gives Him dominion over you, and the power of His spirit is immeasurable.  Nothing can separate us from Him.

“I have said, ‘Gods ye are , And sons of the Most High—all of you”
Psalm 82-6 – Quoted by Yahusha when defending himself against the Pharisees, He cited this scripture declaring all who follow Yahuah as sons of Yahuah, and gods.

You are very special.

Peace to you, Janelle.

Great post well written as usual Jerry I wonder if the , ye all are gods, is referring means upon our resurrection rather than now, what do you think ?

Well that’s a good question, Charles. I do not know. Certainly we are royal priests (though we never seem to believe it). And We do not seem to understand that if we have faith we can do the same miracles Yahusha did. I don’t understand that, because our Good Father has blessed me so much, yet I do not think I can heal anyone of anything. But for your question, I do know for certain that I personally think and seem to exist on a completely different plane of reality from any other people I know. Even some of my brilliant bible teachers and close friends – I’m just so different. I see everything through the filter of the Truth. What seems to plain to me, and so obvious in the Word people generally ignore and count for nothing. And Charles, I bet you are a man who talks with our Father off and on all day. I’m sure of it. Therefore, I am also sure that you have experienced the same sense of isolation, of being an alien in a hostile land. Yes?

Your correct on both counts Jerry I wonder how you knew that haha. My conversation starts from the minute I open my eyes giving praise and thanks for my family, health and being called out, thanks brother

Your devotion to our Savior is plain to see, dear brother.