Lots of wickedness afoot.  Perversions, lies, poisons – the global witching hour is upon us.  If you have noted to yourself that Jerry has been rather quiet lately, its because Jerry has been quiet lately.  Introspective.  Contemplative.  Prayerful.  Watching.

The anti-christ system, led by a global network of like-minded Luciferians, is in full court press mode now.  It is everything wicked that you can imagine.  They are doing terrible things to appease their god.  They have no reservation whatsoever about exterminating most of mankind, and they have the capability and the will do do it.

Let the fight begin.  Everything all over the world now is part of the recipe they developed in order to crush mankind.  They endeavor to impoverish all of us.  We will be starved.  We will be fired.  We will be pointed at and laughed at when we are evicted from our homes.  We will be hated in the media and every means available will be used to turn all of society against us. 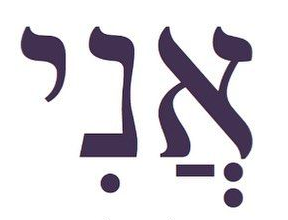 Its happening now in very big strokes of the brush.  Parler being killed is a good example.  Infowars and literally thousands like Infowars being banned from Youtube and Twitter.  Even President Donald Trump is banned from Twitter for life.

Patreon is cutting payment services to conservatives.  Hollywood is firing star performers from top-rated productions over conservative tweets.  The message is plain – support conservativism and we will destroy you and all who support you.

Long ago, sitting in my mothers living room, somewhere around the advanced age of nine or ten years old, I picked up a Readers Digest from her coffee table.  Thumbing through it I read the remarkable story of a doctor who lived and worked in America, yet who chose to live in poverty.  She had no money, and owned no property.  By choice, in America.

She believed that her status as a poor person gave her liberty to practice medicine as she thought best, and freed her from peer pressure and the threat of medical malpractice which would force her to look around and do the same things every other doctor did out of fear of financial persecution.

At the time I was a budding entrepreneur.  I mowed lawns.  Being nine or ten, I was not strong enough to start the lawnmower myself, so I had my dad start it for me in our driveway, and I would pull it down the street with the engine running and walk to my customers house and start mowing.  Filling it with gas later, after the engine was nice and hot, I could crank it because it started a lot easier when it was hot.

So I made some dough.  I had money.  I bought my own stuff and even helped my mom with some grocery money sometimes.

I continued this for a long time, always employed by the time I was 12 years old.  Eventually, I founded a biometrics technology company that was publicly traded on NASDAQ.  Did that with a degree on History and English (writing).   Lots of cool stuff between the bookends of the lawnmower and biometrics.

Now I have virtually nothing, and I am much happier.  More peace.  More love.  Certainty of my salvation and filled with hope that the Lord God is going to show these satanic beasts who the real sheriff is.

I learned a neat trick from that lady doctor in Readers Digest, you see.  I paid attention when I read her story.  I took note.  It had meaning to me and I decided that she was smart and that she was correct.  You see, when you abandon the lust for money, you take a giant stride toward freedom.  Having nothing, it will be difficult to threaten me when the time comes to fight.

I know that I can walk away from everything I own and never look back.

When it is time to fight, I can swing my bat with all my might straight into the teeth of my oppressors and they can do what?  Sue me? 🙂

We are being isolated, brothers and sisters.  We are being “managed”.  We are being culled from the flock.  They do want us dead and if they can position us properly, perhaps they will succeed.

In my personal opinion, it is far better to turn and fight your enemy than it is to run or hide or surrender.  When people like me and some of you ladies and gentlemen are considered the enemy, then the government is as corrupt as any that ever existed.  Pol Pot, Mao, Stalin and Hitler are exactly like the government of America.  The only thing sustaining America at this time is the Holy Spirit of I AM.  This will not last much longer and America will fall.

So how to encourage you?

Well, Jesus loves you.  He is coming to rule on this earth.  He will utterly destroy these devils ruling the world today.  If you are saved, you have everything to be grateful for and you need not fear anything that is coming our way.  Rapture?  Maybe, maybe not.  I don’t see the need for a rapture or a removal of the followers of Yahusha from the earth, mostly because in America, believers are not persecuted.  Yet.

If we are hunted down and executed for your belief, then yeah, that qualifies as persecution.  But being called names or kicked off Youtube/Twitter is not really persecution.  Can you imagine meeting an Iraqi Christian in heaven and saying “I was persecuted in America.  They called me names and kicked me off youtube!”, to which your Iraqi friend replies “My family and I were burned to death in our house on the evening of my daughters wedding”.

What did we do for that persecuted Christian?  And the Aramaic Christians of Syria, beheaded for their faith, where were we when they pled with Yahusha for help?  When they begged God to stop the ISIS devils, devils trained by the CIA, where were we?  Olive Garden? Target?  Swimming?

We are embarrassingly comfortable in America.  We know nothing of persecution, of torture, of heaving sorrow so deep it kills the heart.  But persecution of Christians is at world-wide epidemic levels.  The most persecuted people on earth are Christians.  But not in America.

That should give one pause.

Maybe we are not persecuted because we are already dead, and wickedness, like maggots in a rotten corpse, abounds.

Rise from the grave, dear brother.  Proclaim the Word to all who have ears to hear.  Rise.  Rise, I say, and speak.  Proclaim the Truth.  Laugh in the face of our tormentors.  No power, no dark prince of the air, no army of demons from within the earth and all who submit to them as slaves can withstand the Word of אני.

Its time to goad the dragon.

Thanks for your powerful witness to grace and truth, of which through all circumstances, we may rejoice in that peace that passes all understanding. I love your incredible message! I AM Maranatha!

You rock, JD. Your kind words bless me. Thank you. Let us be strong together in the face of the coming war.

Yes, the darkness has descended rapidly. The sheeple has surrendered their minds to the puppet masters.
One’s household members are becoming the enemy.
It wont be long until it’s time to pack a few essentials and leave.
At least, that’s my option….as a single ‘older’ woman.

My own son who lives in my house is now calling me an unstable demented old woman ( kinda makes me laugh).
Oh well, I guess he is entitled to his opinion.

But, its very sad when we get to that place where we dislike our own children because they prefer the darkness. Emotional strongholds are so hard to overcome, but we must break those bonds! I will never cease praying for him though.

The dragon is fierce….his talons are long and strong….but he MUST bow to the authority of The Commander of Heavens armies.

Stay strong and much Shalom 🕎

Kate, you are a fine woman working to serve the one True God in a world that loves rebellion and death. As for your boyo, well, please allow me to use my own son as an example. We sent his 15 yr old butt packing. He now lives 200 miles from here and we are living the most peaceful time of our entire relationship. He wants to come home for spring break, which I am against because he hasn’t had that “eureka” moment when he realized what a devil he has been in our home. Personally, I don’t want him back until he falls to his knees and begs God to forgive him, and then turns around on those same knees and asks his family to forgive him.

Life is meant to be lived in peace, Kate. I have a faithful dog and a pretty good six-year old, which is plenty for me. My point is that you are not required to tolerate such insults from your children. Your son is grown, isn’t he? I cannot recall his age, and might not know it. You are a wonderful sister and friend. You serve the right God the right way for the right reason. Your son should be taking notes instead of being a rude, disrespectful and dishonorable son. His job is to serve you as long as he is with you. If he cannot do that, he should go and leave you in peace.

Not that you asked me my opinion 🙂

Sorry if I went too far, but I defend good parents and offend bratty children. Like I tell my own spoiled boys, God didn’t put me here to be popular. He put me here to discover and proclaim the Truth, and one of the many hated truths is the command that the people who live around the rebellious child should take him outside the village walls and kill him.

“If any man has a stubborn and rebellious son who will not obey his father or his mother, and when they chastise him, he will not even listen to them, 19 then his father and mother shall seize him, and bring him out to the elders of his city at the gateway of his home town. 20 “And they shall say to the elders of his city, ‘This son of ours is stubborn and rebellious, he will not obey us, he is a glutton and a drunkard.’ 21 “Then all the men of his city shall stone him to death; so you shall remove the evil from your midst, and all Israel shall hear of it and fear,” (Deut. 21:18-21).

After I remind my undeserving son of this command, I also remind him that the power grid will fail eventually and we will be “on our own”, free to obey the commands of Yahuah completely. 🙂

I appreciate your input and your opinion 🙂
I deeply admire the fact that you kicked your 15 yr old out!
I know that my softness is my weakness.but you are correct “Life is meant to be lived in peace”
So yes, I have asked him to leave, so hopefully, within the next week! Thanks for setting the example x0x

Kate, you are an amazing woman. Your son will be angry for a while because his pride is wounded. But because you love him, he will eventually respect your decision and even apologize for his disrespect to you. All I can say is GOOD FOR YOU! 🙂