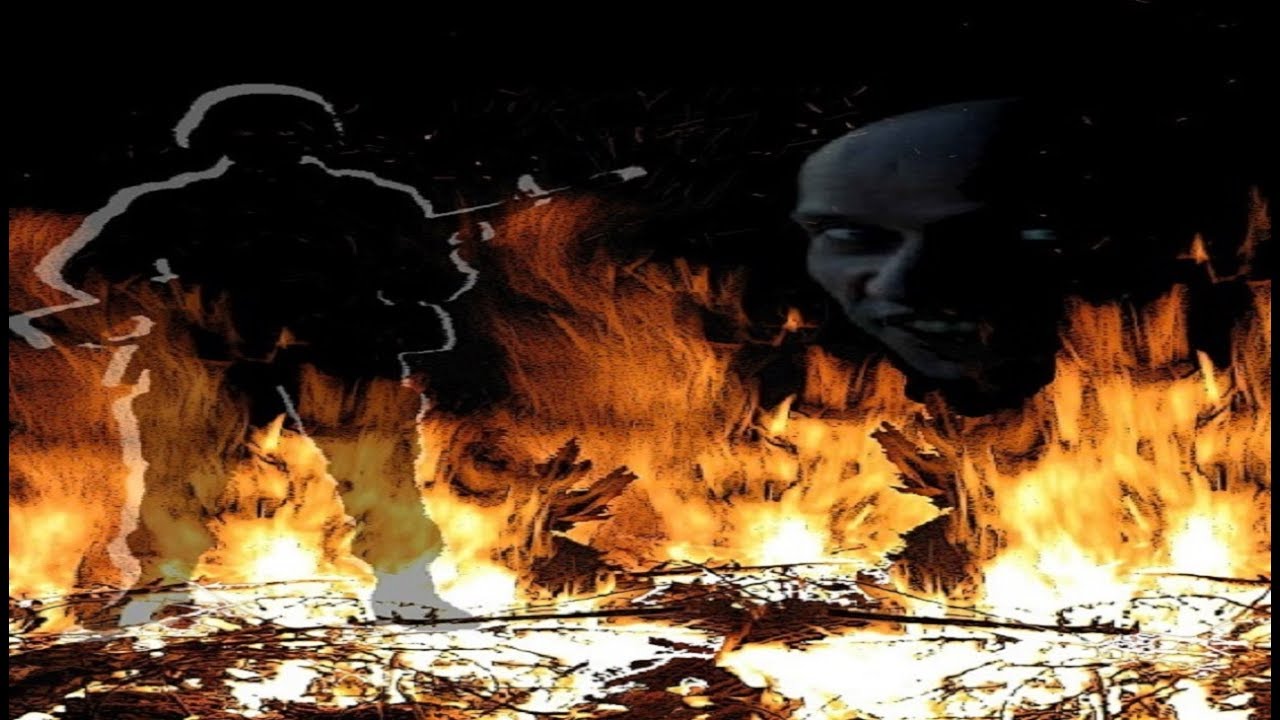 Watch this video and see the evidence.

There is more evidence than I have here, but I wanted to get this out there as a starting place because we are likely to hear much more of these “things” later.  Reading about Daesh Al Islam (ISIS) in Syria and how demonically violent they are, my gut instinct is that they are led by these GMO “soldiers”.

Conversely, I want to share with you all how delighted I am in my life.  Yahuah is a totally loving Father.  He desires the best for His children, and we who obey Him are His.  He calls us to peace, especially in all the chaos that sin brings into the world.

The World Hates Yahuah, and it Hates Truth.

The world, which includes most of your neighbors and some of your own families, hates you for your walk.  Some people I work with will not even speak to me because I wear a tzitzit.  Many ask about it, except those who turn their faces from me.  Those people do not even speak.  And its not as if I said something rude.  No.  They reject me out of hand purely over my tzitzit.

Some think I am a Jew, and hate me for being a Jew :), but the others – the tzitzit just marks us as a “peculiar people”, which is precisely what we are called to be.  Being “peculiar” does make us quite different, and a grown man wearing tassels on his belt sure does look peculiar.

But the Word says the tzitzit is for the “sons of Israel forever“.  Since there was no kingdom/political entity called “Israel’ when written, then the word undoubtedly is the verb ‘israel’, mis-transcribed by the translators.  The verb ‘israel’ means (as close as i can get it) “struggles with EL (EL being Yahuah)”.

And since it is “struggles with” and not “struggles AGAINST”, then the congregation of sons is one of believers, of followers, of those who worship Yahuah.  You know… YOU, for example 🙂

If a lost sinner despises you, let them hate and don’t beat your brains out trying to lead them unto all Truth.  You cannot.  That is the job of the Holy Spirit of Yahuah.  “How do you know if you can save your unbelieving spouse… let them go…we are called to peace”.  Remember that?

So our calling is simply to obey Him through study and application of His Truth.  We will not take anyone to heaven with us, as if we have a stringer of fish as saved “christians” to show Yahuah 🙂  He will review OUR lives, not theirs, as we stand before Him.

So live righteously and obey His commands.  You will fail, because we all fail.  Not one of us can perfectly obey Him, but we CAN read, study, learn and walk the walk.

Its all about YOU and your relationship with Him.  If you follow Him and honor Him by actually doing as He commands, other people will intensely dislike you.  My own beloved nephew, for whom I risked federal kidnapping charges many years ago to save him from a terrible life of living in my sisters car as she slowly drank herself to death, called me “insane” and actually threatened to physically attack me, all because I stand firmly on the Truth that I teach here.

He considers himself saved, a “christian’, but he began the conversation boasting of his repeated sexual intercourse with a woman he recently met.  He boasted to me, and it was shocking.  It grieved me deeply then, and even now I hurt from his boasting of his sin, his threats and animosity toward me.

We cannot boast of sin and concurrently claim salvation.  My nephew was delighted in his sin, sharing with me how many times he had committed adultery with her as if each time was some kind of win for him.

Have nothing to do with such as these, for they are wolves in sheep’s clothing, preying on the weak willed while all the time claiming “I love Jesus!”.  They love the fantasy of their assumed salvation, yet reject the requirement to actually obey the commands of Yahuah.  Subsequently, they also hate anyone who will not let them stand uncorrected in their rebellion.

Nonetheless, tell them the truth, as you are Watchmen.  If you remain silent in the face of such rebellion, their blood will be on your hands when they are judged.  Stand before Yahuah with clean hands.  Value Him more than you value anything else that exists.  He will never fail you.  Yahusha is your only true friend, and He is absolutely the friend of His people.

Determining whether or not you are a “Son of Israel”

WHICH GROUP ARE YOU A MEMBER OF IN YAHUAH’S EYES?

There are those who are born in the Covenant (Torah) yet don’t believe that Yahusha is the Mashiak;  these are usually called “Jews” by modern terminology. As long as they observe the Covenant, they are “Yisharal.”  They don’t “hold to the Testimony of Yahusha,” so they are not “first-fruits”  –  but because of the Covenant they are Yisharal (YISHARAL).

People will claim these to be Judaizers and legalists, but so-be-it. Those who guard the Shabath were condemned at the council of Laodicea, but Yahusha warned us to “pray that your flight not be in winter or on a Shabath” when His pupils asked Him about the signs of His return in the last days (Mt. 24), so the Sabbath is obviously important to Yahuah today.

There are those who believe they “hold to the Testimony of Yahusha,” but admittedly DON’T observe (do, perform) the Commandments of Yahuah (the Covenant, or Torah). They feel that simply believing is all that is necessary  — anything beyond that is attempting to save themselves.

They are also taught that the “Old Covenant” (Commandments) were “done away” or “nailed to the cross” and that only Jews (Yahudim, one of the 12 tribes of Yisharal) have to obey the Covenant, the 10 Commandments.

They are trained to think they are “spiritual Yisharal” through their belief in Yahusha. Because of this, they are victims of “Replacement Theology” and we can see clearly that this group is not the “first-fruits” spoken of at Rev. 14 either. But, most dangerously, because they don’t observe the Covenant, they are NOT Yisharal, and therefore are not in any “Covenant relationship” with Yahuah in any way — although they are taught that they are.

They don’t “obey the Commandments of Alahim” therefore they cannot be Yisharal. Ephesians 2 explains that we become citizens of Yisharal through the Covenant, and Yahusha is the Mediator of it, writing it upon our hearts.  This group must continue to believe in Yahusha, and are grafted into the commonwealth of Yisharal by observing the Commandments of Yahuah, as He wrote them.

NATSARIM who “obey the Commandments of Alahim AND hold to the Testimony of Yahusha.”  – They don’t just believe the Word, they do the Word.

Those who “obey the Commandments of Alahim AND hold to the Testimony of Yahusha” are the “first-fruits” and are called Natsarim (watchmen, branches), or Natsarim Yisharal. Foreigners are “formerly Gentiles in the flesh” but when they believe AND obey, they become citizens of Yisharal (Israel)  —  they are NO LONGER GENTILES.

WAKE UP & GET ACTIVE!

[…] Enochsays:May 29, 2021 at 10:19 amThank you Jerry, I believe you are right on point with this.Here is some more information about this evil manipulation ofman.CIA agent speaks to West Point about ithttps://www.youtube.com/watch?v=FDYaj6Tlb1YPeace and ShalomReply […]

Thank you Jerry, I believe you are right on point with this.
Here is some more information about this evil manipulation of
man.
CIA agent speaks to West Point about it
https://www.youtube.com/watch?v=FDYaj6Tlb1Y

Thank you, Enoch. I appreciate your thoughts.

I was given a dream vision by Yahveh some years ago when my Lord began teaching me his word. In that dream I felt the presence of men clothed in darkness standing behind me. The waves of the sea were crashing forward like a tsunami. I felt great heat coming down upon me and a great shining above.. I called out ” A nuclear war! But Yahveh! you said I wouldn’t die? As I was awakening I heard my Lord tell me to see 2 Samuel 22. See how vs. 8-18 describes how ‘He’ was seen to have parted the heavens and came down. And how He will rescue me from my powerful enemy who are too powerful for me? My dream was the same as King David’s vision from verse 1 to end of chapter.. In 1966 I was told prophesy and it has all came true as written in scripture because in 1971 Revelation 12:1-5 was fulfilled as written however, Christianity will not accept this prophesy as it is written by divine inspiration… Read more »

June, you know this: When the time comes, He will provide. It will simply happen.

Is there any doubt now what Luke 21:26 referred to when it read “Men will become faint out of fear of the things coming upon the inhabited earth. What will be the result of the GMO smitten people who have received vac’s with nano in them among other debris we wouldn’t put in our mouths but the whole mass are running to receive their dosage directly into their veins without asking what they are clamouring to receive?

The world is lost and dark, June. Remember my vision of the flaming sword and the words spoken “I am coming to separate the righteous from the unrighteous.” The separation is accelerating and is already obvious. Consider the division between Twitter and Gab. Or between Trump (a praying President) and Biden – a dead soul. Or between you and and Joel Olsteen. But look at the breath-taking number of followers of Joel Olsteen, a pied-piper of satan if there ever was one. https://www.jerrywdavis.com/strait-is-the-gate-and-narrow-is-the-way-and-few-are-they-who-find-it/

I always suspected that they may have been supersoldiers , thanks for posting this Jerry.

Yeah, the level of violence was unlike anything I have known of in my lifetime. I thought Pol Pot’s cutting the arms of the vaccinated kids (Cambodia/Vietnam War era) was bad. I just wish the Syrians had a dead one to photograph and measure, or a live one to video. Good hearing from you, Kate.