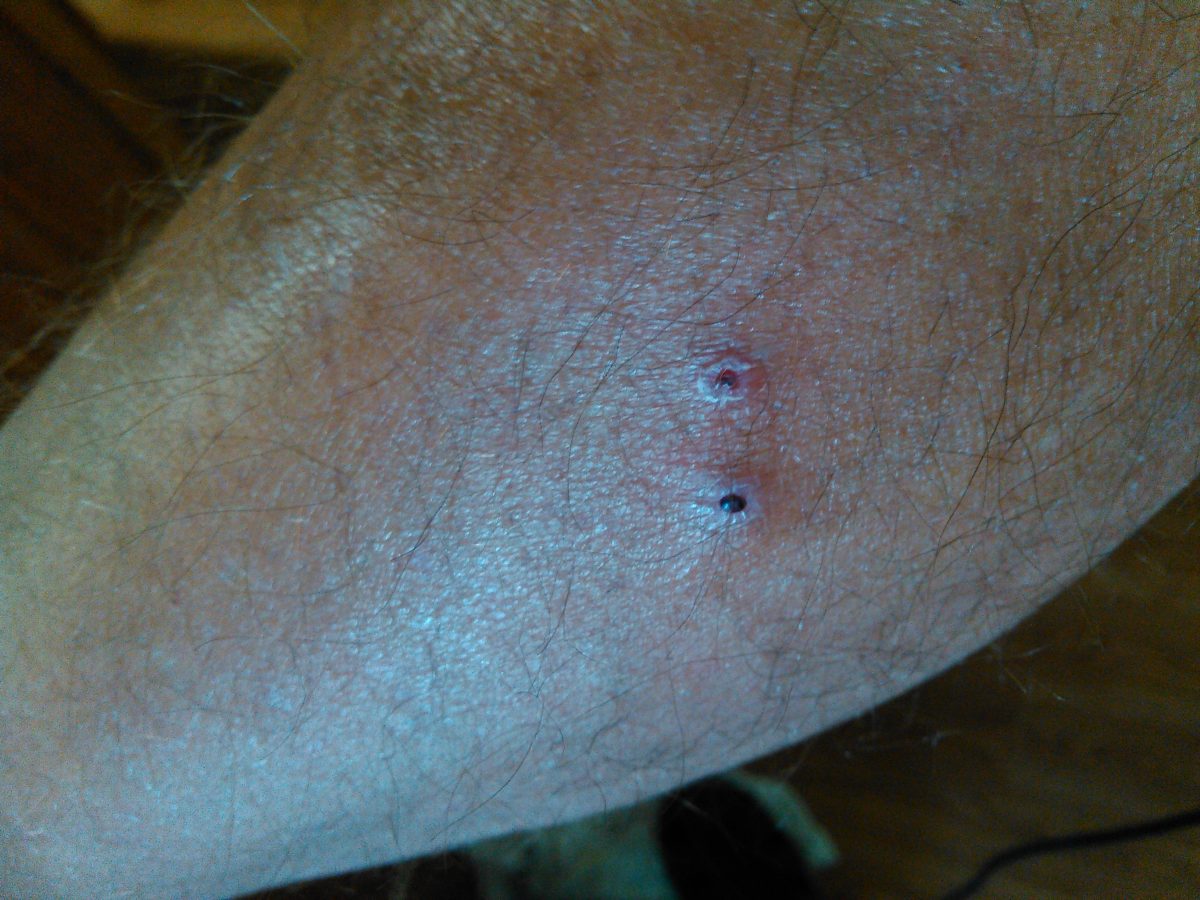 Interesting moment a few weeks ago.  My 12 yr-old son and I were hiking in the mountains in the west Texas desert, and something struck my calf muscle of my left leg.  I immediately shouted to my son “something bit me”, and looked at my leg.

Two holes.  I searched the small patch of weeds growing beside the trail but found nothing, and we continued down the mountain.

I took this photo a day or two later, at home.

But when Paul had gathered a bundle of sticks and laid them on the fire, a viper came out because of the heat and fastened itself on his hand. When the natives saw the creature hanging from his hand, they began saying to one another, “Undoubtedly this man is a murderer, and though he has been saved from the sea, justice has not allowed him to live.” However he shook the creature off into the fire and suffered no harm.
They were expecting that he was about to swell up or suddenly fall down dead. But after they had waited a long time and had seen nothing unusual happen to him, they changed their minds and began to say that he was a god.

Because you love Him, you obey His teachings, and because you obey His Words, He manifests within you.  Keep your temple clean.  Maintain His dwelling.

Peace to you in the coming trial.  Peace upon us, all.