Dan Bongino on the FBI/Merrick Garland/Joseph Biden attack on President Donald Trump in Mar-A-Lago.  The FBI and local PD show up with machine guns and start hauling away boxes from the home of the President of the United States.

Civil war is poised right on the razor’s edge.

This is the FBI which illegally worked to falsely charge Trump via Robert Mueller’s bogus “investigation”, and which let Hillary Clinton run a secret mail server at her home, and delete 33,000 emails of official government data and let her destroy the computer hard drive, with never a peep from the Justice Department or the FBI.

Whatever must be done to break the back of the Marxists must now be done.  Who will strike first, and who will be struck?

Take this to heart.  Your destiny is for these times.

Merrick Garland and Joseph Biden allow thugs to stalk US Supreme Court Justices in direct violation of US Federal law. 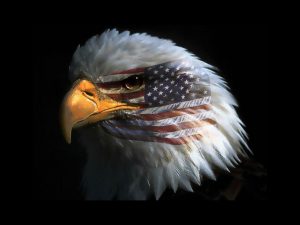 We are going to do whatever is necessary to break the back of the Marxists now.  We will need prayer, because the Marxists are fully supported by Satan.  Pray that Yahuah will be beside the leaders He sends to fight this war.  Pray that the leaders will walk with Him, and that they will bravely fight whatever battle must be fought to destroy these devils.