Below is a reprint of an article written by Mr. Michael Snyder yesterday.  I could have linked to it, but my concern is that readers often skip reading linked material.  I skip linked material sometimes, too. This article discusses magnesium and aluminum.  Pretty exciting, huh?  The acute shortage of magnesium makes it most likely that the production of aluminum will cease in the United States and possibly Europe.  Do you know what that will do to your life?

“It is the month of October, and right now many Americans are more scared by the state of our national supply chains than by anything else.  Some of the things that I am going to share with you in this article are truly frightening, and I would very much encourage you to take them seriously.  Our economic infrastructure is failing on a massive scale, and officials are openly admitting that things will get even worse in the months ahead.  We are in uncharted territory, because none of us has ever seen anything like this before.  If our leaders cannot get this fixed, 2022 is going to be a truly nightmarish year.

Of course just last week Joe Biden gave a big speech in which he assured all of us that he was implementing measures which would soon turn things around.

Unfortunately, just like with Afghanistan, the southern border, inflation and so many other problems, our supply chain crisis has gotten even worse now that Biden is personally involved.  On Tuesday, it was being reported that the number of vessels backed up off the coast of southern California has just hit a brand new record high…

A single container ship can hold thousands upon thousands of enormous shipping containers, and so we are talking about a backlog of absolutely immense proportions.

It would take many months just to work through a backlog of this magnitude even if the ports in southern California were making progress in paring it down.

But instead of making progress, the backlog just continues to get even deeper.

As the supply chain crisis escalates, the Biden administration has actively been considering using the National Guard on an emergency basis…

White House officials have explored in recent weeks whether the National Guard could be deployed to help address the nation’s mounting supply chain backlog, three people with knowledge of the matter said.

The idea appears unlikely to proceed as of now, the people said, but reflects the extent to which internal administration deliberations about America’s overwhelmed supply chain have sparked outside-the-box proposals to leverage government resources to address the issue.

This is how serious things have become.

Our supply chains are in such a state of chaos that the Biden administration is actually thinking of doing something that has never been done before in American history.

Of course publicly they are still trying to put a happy face on things, but privately administration officials are really freaking out.

And things could soon get a lot worse.

Today, approximately 85 percent of all magnesium production in the world happens in China.  We should have never allowed ourselves to become so dependent on China, because now we are facing a critical shortage of magnesium, and that could result in a nightmarish shortage of aluminum…

The source of the shortage is China’s monopoly on global magnesium production. Production curbs of energy-intensive smelters have reduced the industrial metal’s output, resulting in dwindling stockpiles in Europe and North America.

Barclays analyst Amos Fletcher told clients in a note that “there are no substitutes for magnesium in aluminum sheet and billet production.” He warned if “magnesium supply stops,” the entire auto industry will grind to a halt.

What I first read that, I just sat there stunned for a moment.

Are things really that crazy already?

Yes, they are.  In fact, we are being told that magnesium reserves in Europe will be completely exhausted “at the end of November 2021 at the latest”…

“It is expected that the current magnesium reserves in Germany and throughout Europe will be exhausted in a few weeks at the end of November 2021 at the latest,” the group said. “In the event of a supply bottleneck of this magnitude, there is a risk of massive production losses.”

Needless to say, it wouldn’t just be the auto industry that grinds to a halt.

Just think of how many food and beverage products come in aluminum cans.

I don’t know if I even have sufficient words to describe how serious this is.

Meanwhile, it is also being reported that we are potentially facing a propane “armageddon” this winter…

The expanding energy crisis is causing propane to rocket higher (read: here) as supplies dwindle to below seasonal levels as research firm IHS Markit Ltd. warns of “armageddon” during the Northern Hemisphere winter.

IHS analyst Edgar Ang told attendees during a virtual presentation on Tuesday that US propane inventories are at a record low and will be extremely tight as cold weather is ahead.

If you use propane to heat your home and you don’t have a back up plan, you need to start developing one right now.

As if things weren’t bad enough already, the absurd mandates that our politicians are pushing on all of us threaten to make things far, far worse.

Let me give you just one example…

Union Pacific Railroad is the latest company to board the mandatory vaccine train.

The company’s 31,000 employees across 23 states have been given just under two months to comply or face additional consequences.

We are already having enormous problems getting things transported across the country, and trains are a key part of that equation.

So what would happen if thousands upon thousands of highly experienced railroad workers are suddenly railroaded out of their jobs?

Of course similar scenarios will be playing out in industry after industry in the months ahead.

The stage is perfectly being set for so many of the things that I have been warning about, and I am entirely convinced that we will soon see extreme economic pain all across the nation.

In this sort of an economic environment, there is no way that our politicians should even be considering any sort of mandates.

But they are pushing ahead anyway, and we are all going to feel the consequences very deeply. (end of Mr. Snyders article)

I truly hate saying this, but the whole world is being swallowed alive by the luciferans.  I think I figured out today why these huge corporations are demanding that “all employees must be vaccinated before…” – its bribery.  The corporate boards of these large companies hold lots of stock in these companies, and the DAVOS/WEF money men are offering bribes in the form of stock purchases, or maybe even in cash or real estate to the board members of these huge corporations in order to have the “vaccine” mandated/required/demanded for continued employment.

And do not think school boards or teachers unions or hospital corporations or city councils are immune to bribery.  If someone offered you one million dollars cash to kill all the dogs on your street, would you do it?  Probably not.  But would one of your neighbors do it?

And DAVOS/WEF people consider us to be little other than dogs.  If someone offered pharmaceutical boards of directors one billion dollars, or 20 billion dollars, to put the mystery juice formulated by demons into an injectable liquid that would then be “required for employment” world-wide, would the people on the boards of these companies do it?  Would they knowingly poison a planet filled with people that Henry Kissinger calls “useless eaters”?

Would they do it if they knew upfront that there would never be any legal problems?

Would they do it if they knew that they would become rich beyond their wildest possible dreams, and that there would never be any lawsuits, no government investigations, no mainstream news inquiries and no political attacks?

What about judges?  Can they be bought?  What’s the going rate for a paid-for federal judge?

The Masons are the only secret society with the global presence and the quantity of dead souls sufficient to do this.  I’m going to say it – the pandemic is the work of the hidden hand.  The Masons.  They are doing this and they do it to serve Satan. 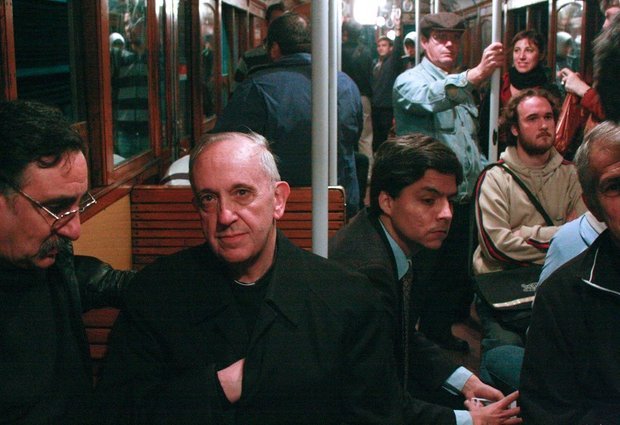