I am convinced that America will be attacked by China, Russia, N. Korea and Iran in a surprise attack using overwhelming force.  This is the cornerstone  of my own fighting strategy and it is straight from Sun Tzu’s book, The Art Of War.  Surprise and overwhelming force.  Strike with all you have when your enemy is least prepared to resist. 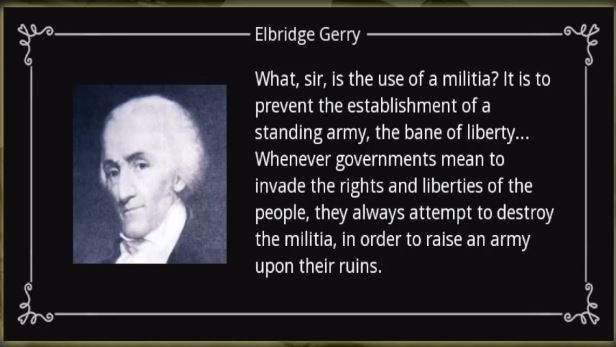 The following video is primarily a discussion between Steve Quayle and Jamie Walden.  Jamie is a well-trained Marine leader with time in Washington.  He was at the Jan 6 debacle and was directly involved in protecting against antifa.  This is a stunning conversation and prompted me to write this entire post for you.

Everything that the government in Washington is doing plays directly into the hands of a Chinese government determined to overcome the United States in one massive surprise attack.  Bribes in the billions of dollars are paid to civilian, political and military leaders in every state of the Union.  The U.S. military, dressed in its red high-heels and all ready for war with its homosexual, female, transvestite, high-school dropout and morbidly obese “war fighters” will be ordered to stand down by those bribed officers and officials when the attacks come.

The Chinese Communist Party recently polled male civilians in China and asked them about their willingness to fight:

“Will you shoot at women, children and prisoners of war,” more than 80 percent of the respondents answered in the affirmative, exceeding by far our expectations as expressed by the Chinese Defense Minister.

General Wei went on to say:

The central issue of this survey appears to be whether one should shoot at women, children and prisoners of war, but its real significance goes far beyond that. Ostensibly, our intention is mainly to figure out what the Chinese people’s attitude towards war is: If these future soldiers do not hesitate to kill even non-combatants, they’ll naturally be doubly ready and ruthless in killing combatants. Therefore, the responses to the survey questions may reflect the general attitude people have towards war…The purpose of the CCP Central Committee in conducting this survey is to probe people’s minds. We wanted to know: If China’s global development will necessitate massive deaths in enemy countries, will our people endorse that scenario? Will they be for or against it?

The weapons the U.S. government is sending to Ukraine are weapons that we no longer have to defend ourselves against invading Chinese armored troop carriers.  Some 51,000 Javelin anti-armor missile systems have already been given to Ukraine, along with over one-hundred billion dollars.

As prophesied by Henry Gruver and Dimitru Duduman, and Dimitru Duduman, and Stephen Pidgeon (wrote Cepher Bible), and A.C. Valdez (in 1929) America will not repent and will be destroyed in a single hour.  Do not count on the ability of the USA to counter strike.  Do not count on our nuclear deterrent to save us or to stop our enemies.  The U.S.A. is the Mystery Babylon and there is no way America stands.

Dimitru Duduman also prophesizes that the Righteous will be removed and not experience the destruction nor die in it.  I personally have seen this in one vision, where the soul of the Righteous man being “killed” was leaving his body before the bullets contacted the man.  So people will leave their bodies before death overtakes them.  He felt no pain, and was not even aware that he had been shot at.

China is releasing Chinese civilians to travel around the world again, this time carrying some disease that China cannot stop and the Chinese government generally gave up trying.  Some countries are denying Chinese visitors, but its only a matter of time.  Chine wages asymetric warfare against the U.S.A., so totally expect more disease deaths.  Remember – the fourth seal brings “death”, undefined.  Just “death”, as in the vaxxes and boosters. This was prophesied in 1979 and took place during a womans’ near-death-experience.  She saw vials of disease being placed around the United States.

These vials that she saw probably contain the new disease that China is vaxxing its people against.  Not Covid, but something else intended for the USA.

Large cities with key U.S. military bases will be primary targets for the Chinese and the Russian nuclear submarines already off the coasts of the United States.  Those subs very carefully patrol off the east and west coasts, always ready to fire their nuclear missiles and nuclear torpedos the instant they receive their orders.  Again, prophecy warns us from 1929 when A.C. Valdez’ prophecy described perfectly something that did not exist in 1929 – nuclear missiles.

America was a marvelous country, wasn’t she?  Nothing like her in the history of the world, with the exception of England.  England was the reigning world superpower 150+ years ago, did you know that?  There was a bible for nearly every home and they read it at home to one another.  Great preachers rose from those families.  America had a similar experience and both England and America ruled the world.

But slowly the corrupt secret societies, led by Lucifer, made inroads as Americans and the English grew fat, drunk and whoreish, denying the Truth and living in gathering darkness.

My nearest city is San Antonio, TX.  About 2 million people, more or less.  Several military bases are here. So is a CIA munitions depot and a large NSA facility.  Jet fighter pilots are trained here.  When the Chinese and Russians burst into Texas from Mexico, San Antonio will already be incinerated by nuclear missiles.  I expect to live for a while, but not very long.  Since there is no way to calculate when the strike will come, we’ll (my family and I) just have to soak up those rads and die.

Unless Yahuah calls us out of this Mystery Babylon.

I love all of you, as many of you know.  Take the information here to heart.  Fear not, but do prepare.  Do make a plan.  It will make you feel much better.

Time is running out.

Hi Jerry, I thought I had posted here. I have watched that and it is an awesome interview. Have been sharing. Thank you

Noe this is what I am talking about. /  Hagman report
Yhashua the living word is the way.

Yes, that was a great interview.

Hi Jerry. Standing strong in Oz.love to you and yours Nothing more to say really is there🤔⏳

Not much 🙂 But nothing happens until Yahuah let’s it happen.