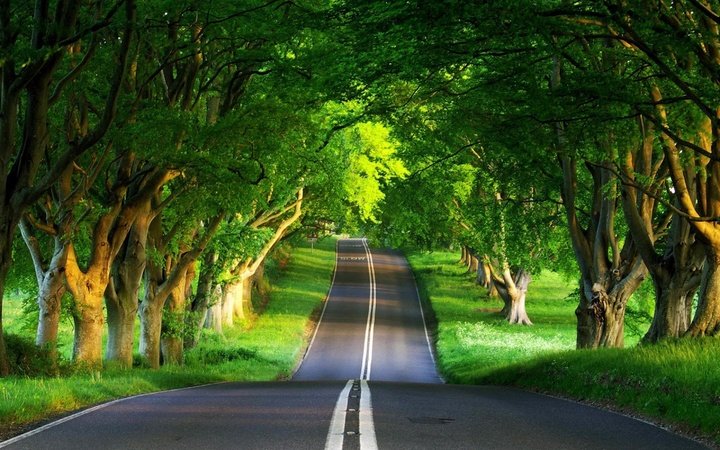 It is not easy, being GOD.  He must ever be both Master and servant, overlooking His creation, hearing the prayers of His faithful children, existing as the Word – the One True Thing.  Only an entity with His strength could do the job, and even then, He sometimes is overwhelmed by the sin in us.  Overwhelmed, and still He stands fast in His immeasurable and limitless Authority.

If you follow in The Way then you truly love Him.  You are imperfect in your obedience, imperfect in your faith, imperfect in your love and in every other good thing, but He knows who are His.  If you read this, certainly He calls you, and likely you love also His Son, Yahusha, the Jesus of King James, the Iasous of the Greeks, the One, The Word, The Way, The Truth –

For a while now I have warned that we are on the precipice of an event, a change, a turning and not for the good.  America is, as Dumitru Duduman says, Sodom and Gomorrah.  America absolutely must be and will be destroyed.  If you think that America will fall on her knees and repent, you are wrong.  America is addicted to her lusts, her greed, her arrogance and her pride.  America hates Yahuah and America is the American Citizen.

From the top of the economic heap to the bottom of the economic barrel, Americans spit on Yahuah.  Americans serve Satan from the center of their being, from their wicked hearts, which lust for every evil thing, every form of evil, every taste of it.  Americas music, books and videos are overwhelmingly about rape, murder, deceit, ghouls, demons, witches, lust and lust.

As a result, America the Leper displays the gaping and rotten cysts of spiritual death.  Like a rotten corpse that simply will not die, Zombie America staggers forward, threatening destruction to all who dare stand against her.  Zombie America (Zo-Am – pronounced “Zo-ahm”, henceforth called Zoam)  will be destroyed by Yahuah, and it is completely fitting that the fulfillment of prophecy comes from Zoam.

The Promise Of Staggering Wealth

The United States, and specifically the Hebrew (or alleged Hebrew) Jared Kushner, has presented an offer that will make little “Palestine” wealthy beyond its dreams.  They will fantasize about the staggering, glittering, joyful, unimaginable richness and glory that will come to them if they agree to this deal.

Video from Pastor Steve Cioccolanti , the “Peace Proposal” is defined rather well, and he goes over the entirety of it beginning about 1/2 way through.  Posted below for you, the point I make is this: We might have the deal on the table that is the deal the Palestinians accept.  After reviewing it, I sense that this is a deal that the “Palestinians” will embrace, but if they reject it, Israel will quit the “peace process” and cite Palestinian rejection of this proposal as proof the “Palestinians” will never agree to peace.  War becomes the default, so to speak.

Interestingly, did you know the ‘Deal’, presumably a road map for peacefully settling the Palestinian problem, was drawn up, ironically, by a small group responsible for the formulation of American foreign policy. The group is led by Jared Kushner, Trump’s son in law and senior presidential adviser, with help from John Bolton, national security advisor, Mike Pompeo, Secretary of State and David Friedman, American ambassador in Israel.

Anecdotally, it should be noted that Netanyahu is a close friend of the Kushner family and used to visit the family while in the US and stay overnight, at times in Jared’s bedroom.

The Saudi’s make it obvious they are in favor of this deal.  In fact, it looks like most of the Arab states are actually speaking out in favor of this new peace plan, and they are quite direct in their support of it.  This vocal and diplomatic support for the peace plan put together by Trump will place unbearable pressure on the “Palestinians” to agree to it.

“History and Allah brought a real opportunity,” a top-ranking Saudi diplomat told Israelis via an interview in Globes on Friday. “The blood conflict had (Note: “had” is PAST TENSE.  This sounds like a done deal- jd) lasted too long. We Saudis and all Gulf States plus Egypt and Jordan realize that the age of going to war with Israel is over.”

Pointing to “the advantages of normalizing relations,” he argued that “the whole Arab world could benefit from it,” Globes reported.

The Saudi diplomat told Globes that “Israeli technology is very advanced and the Arab world, including those who hate you, looks at Israel in admiration due to this success and hopes to copy it.”

He further stated that despite the understanding among Saudi people that the age of war with Israel needs to end, the kingdom has a deep commitment to the Palestinians.

“Maybe it is hard for them (the “Palestinians”-jd) to part with the character of the ever-suffering victim and they don’t believe they could survive without it,” he said, noting that if they accept the American peace plan they will be given “sums they never dreamed of.”  https://www.jpost.com/Israel-News/Saudi-official-says-Deal-of-Century-leads-to-full-Palestinian-statehood-593306

So you see, the “whole Arab world” supports this peace plan.  They credit Allah for this peace plan, and declare that the era for war with Israel is over.

And believe this – its all about the money.  The Arabs want it and the “Palestinians” are not going to stand against this because their Arab support will disappear.  So they will accept this deal, take the money, and plot for war later.  Because we know – war will eventually come.

The Holy Spirit just reminded me of His promise to me, made one Sun-day morning as I sat alone, waiting for my sister, Penny.  It was her church and I visited there to see her.  She no-showed, as is common with her, but the Ruach Hakodesh spoke into my heart.  I was unmarried, and really wanted a wife.  I opened my Bible simply to read the Word, and it opened directly to this Psalm – 198, on March 30th, 2004 –

Blessed is everyone who fears Jehovah, who walks in His ways.
Psa 128:2  For you shall surely eat the labor of your hands; you shall be happy, and all is good to you.
Psa 128:3  Your wife shall be like a fruitful vine by the sides of your house; your sons shall be like olive plants around your table.
Psa 128:4  Behold! So shall the man be blessed who fears Jehovah.
Psa 128:5  Jehovah shall bless you out of Zion; and you shall see the good of Jerusalem all the days of your life.
Psa 128:6  Yes, you shall see the sons of your sons. Peace be upon Israel!

And so it came to be.  On 9/9/04, I met the woman who married me.  We have three sons, and they are indeed olive shoots around our table.  He promises me that I shall see the good of Jerusalem all my life, and that I will see the sons of my sons.

So I shall.  Peace will come to Jerusalem, and I shall see the good of Jerusalem all my life.  My sons are young, and all are far from being fathers. There is time for this peace to bear fruit.

Nonetheless, I do believe that America will fall.  The judgement of Yahuah comes to America as a flaming, roaring sword from heaven.  We deserve it.  America is Babylon, and a haunt for every evil thing.  There is no darker, more wicked nation on earth than America.

America – The Sex-Slave & Child-Sacrifice Champion Of The World

“We have a major issue here in the United States” Geoff Rogers, co-founder of the United States Institute Against Human Trafficking (USIAHT), said in an interview with Fox News. “The United States is the No. 1 consumer of sex worldwide. So we are driving the demand as a society.”

This assertion is confirmed by the State Department’s report, which found that children in foster care, homeless youth, undocumented immigrant children and those with substance abuse problems were especially at risk to fall into the human trafficking trap.
https://www.foxnews.com/us/human-trafficking-in-america-among-worst-in-world-report

Abortion is murder, and American law claims that it is the HUMAN RIGHT of a woman to kill her unborn child AT WILL.  Only SATAN could compose such a law.  It is state-sanctioned genocide, and it is genocide predominately against the Anglo race, as according to these folks at Number of Abortions
as of this writing, there have been 61 million abortions since 1970, of which 18 million were for blacks.

Babies are the most beautiful creation on earth.  No created thing is superior to the human child.  My heart tells me that Yahuah created mankind specifically so He could play with the babies.  And that reason is sufficient.  There is no greater good on earth than the laughter of babies.  They are the superior beings, for sure.

So Satan chops them to pieces in the very womb of their creation.  America leads the world in the execution of these precious, beautiful made-in-the-image-of-GOD creatures, and claims that it is a fundamental human right of WOMEN, completely discriminating against the father, from whom the life of all children comes.

We are right at the threshold of world upheaval.  The components and the mentality to establish the Beast System exists and is being fine-tuned for deployment globally.  The iron fist of the Satanic Beast System will hammer the earth like a strike of global lightening.  It will come fast, almost overnight.  Humanity will be caught by surprise and panic will cause many to make terrible mistakes.

When these events come, and they come, pause.  Think.  Look to Yahuah for answers.  Lean on the urging of the Holy Spirit.  Trust Yahuah, remember that He loves you and that His love is meaningful.  We will do just fine, regardless of our circumstances.  The Red Dragon will seek out those who have the testimony of Yahusha and who keep the commands of Yahuah.  We alone are Satan’s enemies.  No other people are a threat to his plans.  Yet, in all of this, the presence of Yahuah will be with us.  We have nothing to fear from Satan.  We are the chosen.  We are the elect.  We will never be deceived.

praise be to almighty

praise be to almighty creator of heaven and earth. Thank you for your precious son christ jesus. made salvation possible.